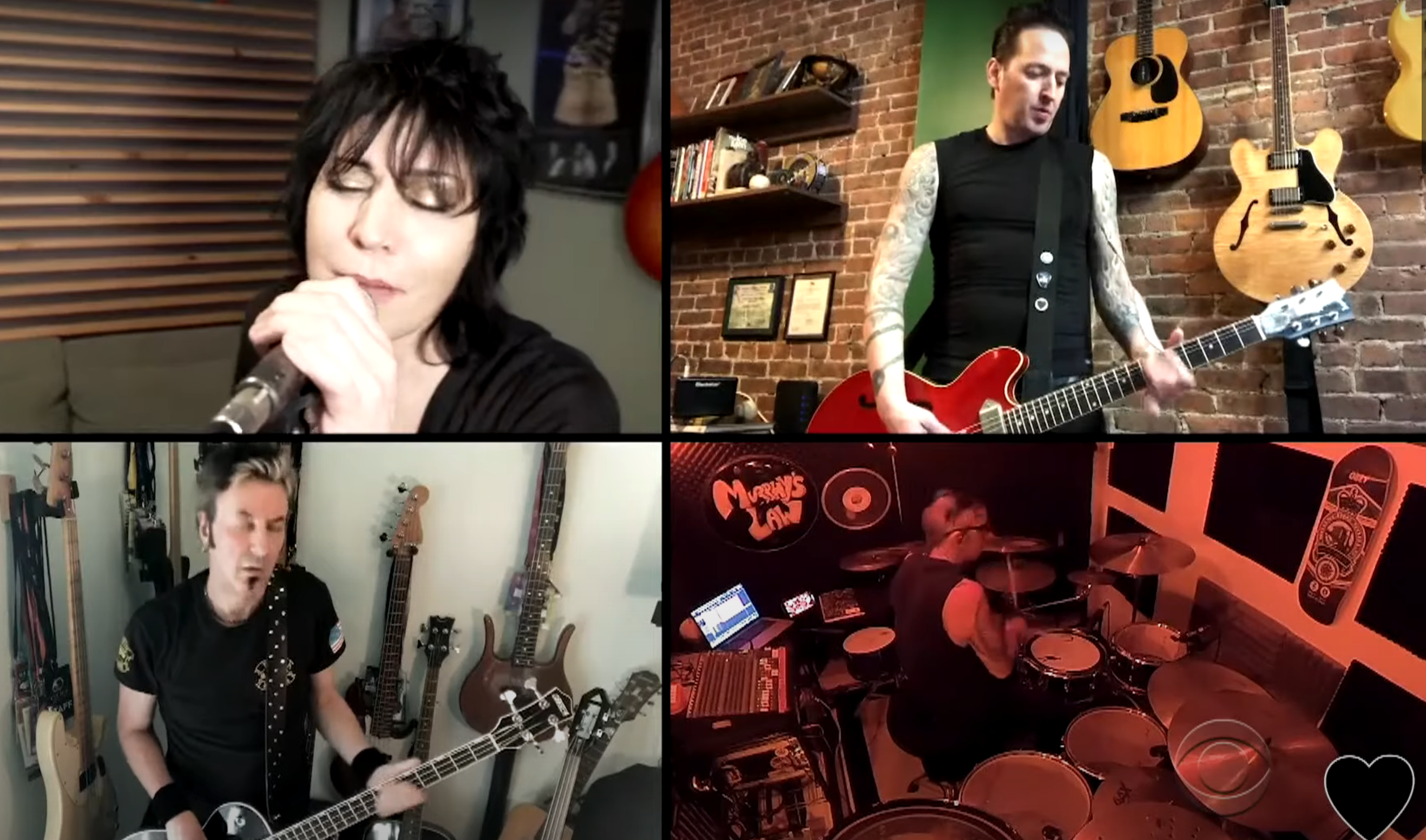 Joan Jett and her socially distanced Blackhearts rocked her version of the T. Rex gem “Jeepster” on The Late Late Show on Thursday night (Sept. 10). Her recorded version of the tune is on Angelheaded Hipster: The Songs of Marc Bolan and T. Rex, came out on Sept. 4 and also features T. Rex songs done by Nick Cave (who performed on Wednesday’s show), U2, Lucinda Williams and Elton John.

Watch her performance below.

Jett, who was also a founding member of the all-female groundbreakers The Runaways, admits she’d had a crush on glam T. Rex singer Marc Bolan, saying in an article in Variety,“ That’s his scream I’m letting flow through me [in ‘Jeepster’], but it’s also intrinsic to what I do. I don’t even think about it – it’s part of me. Marc Bolan had a major impact on every aspect of my musician self, especially the look – the androgyny.“

The singer/guitarist added, “The lyrics are surreal, and the words just sound beautiful together. They probably make sense to him, but if you’re looking for a message, you have to create your own. I enjoy the sound, the music and the melody for its own sake. It doesn’t even have to get any deeper than that.”

L7 Enlist Joan Jett for Their Remake of ‘Fake Friends’