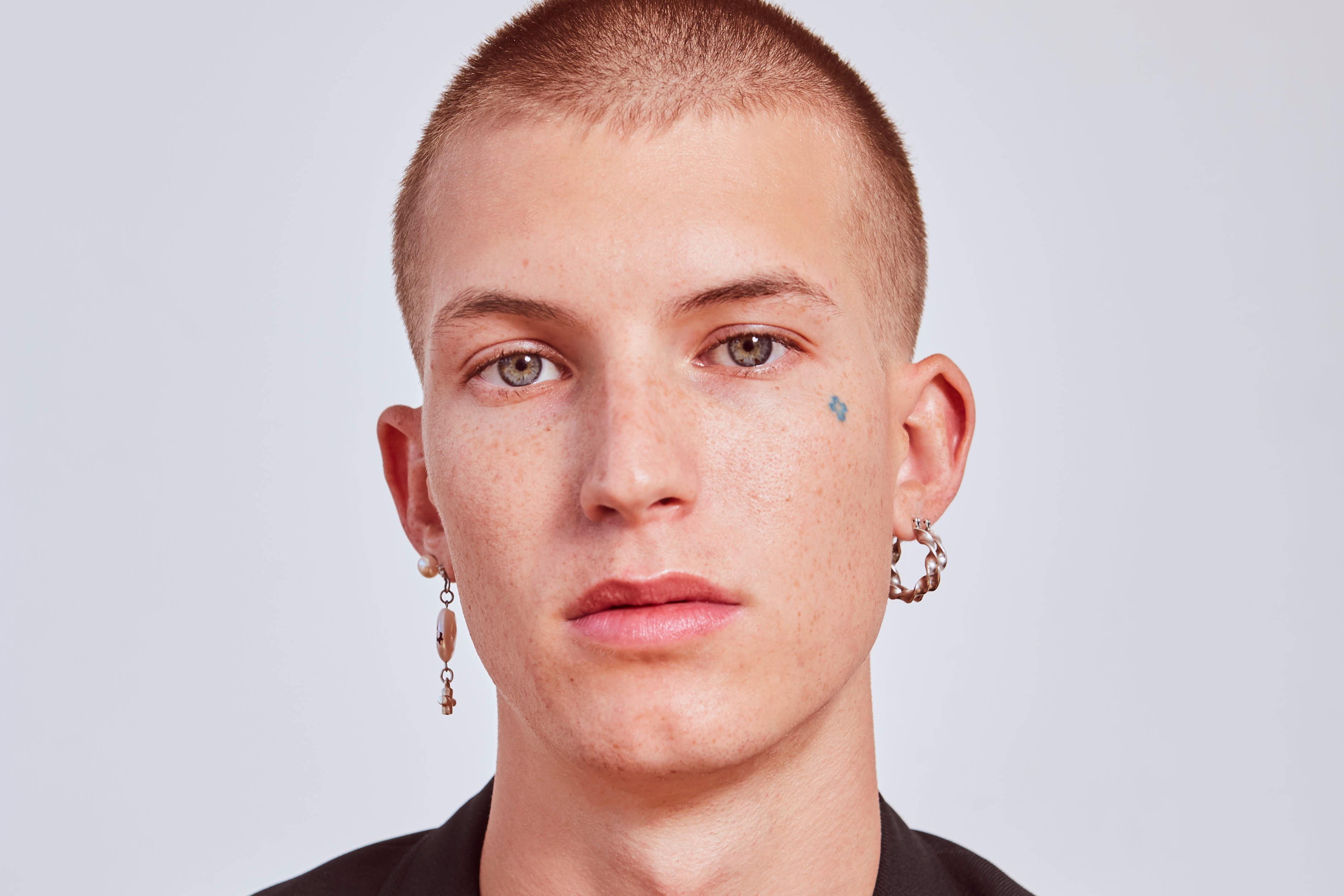 Gus Dapperton isn’t about the facade that musicians — or anyone famous, really — are superheroes. And like everyone else, they deal with mental health issues.

“[Musicians] are usually afraid to portray … to a large audience if they’re suffering or if they’re feeling depressed,” Dapperton tells SPIN. “I think it’s important to just express those feelings to everyone. The more you talk about it, the more helpful it becomes.”

With his recently issued second album, Orca, Dapperton wants fans to consider assumptions about their favorite musicians or celebrities. Even the record’s title, he shares, derives from an Orca whale — a creature whose outward appearance may disguise its internal suffering.

Dapperton (real name Brendan Patrick Rice) bounces through gritty, introspective lyrics on the 10-track project, including “First Aid”; but joyous, poppy moments and booming bass lines still emerge on tracks like “Bluebird.” It’s a new space for the rejuvenated pop artist, who’s become something of an underground king in Brooklyn’s indie scene — and now a TikTok god with his sticky feature on Benee’s “Supalonely.”

Part of his new approach was becoming more laid-back in his production process (which he originally learned on his own via GarageBand), especially compared to how he crafted his 2019 debut, Where Polly People Go to Read, and previous breakthrough loosies (“Prune, You Talk Funny”).

“A big lesson I learned with this record was not to control everything so much,” Dapperton says. “I used to be such a control freak. And I think that’s important to stay true to your art, but I was doing it where I was almost self sabotaging some of the good things that could come from not being in complete control of your art. I write lyrics really quickly now. I think lyrics are super important, but I used to spend like an entire day just finding a rhyme for one thing. And now I’m less preoccupied with that. I just want to speak from my heart.”

Dapperton says much of the album was already complete before the country went into lockdown in March. But even if he had to adjust to quarantine creativity, his process remained relatively unchanged.

“I definitely learned that I can’t tour as often as I do. I’m naturally an introvert, and I just need to be home alone in my studio with the ability to to make music more often than I thought I did,” he says. “That’s an important lesson I learned that helps me relax and not be so tense when [I’m] making music. To just be really patient with it.”

Patience has brought Dapperton to where he is today: celebrating indie-pop stardom. Just a few years back, on his first trip to Europe, he admits he was blown away by how many fans he had overseas. Now he posts Instagram stories of record shops in Japan promoting his album, and it all feels like second nature.

But releasing a sophomore LP feels different. It isn’t stress or perfectionism — Dapperton doesn’t have much room for either of those anymore. Instead, the singer says Orca has helped him “solidify his artistry” in a sense, though it doesn’t hold too much weight.

Dapperton’s favorite sophomore record of all time — he tells me after we both go on a brief Google search — is Radiohead’s The Bends. With Orca, Dapperton hopes he can have a similar effect. He hopes fans remember his journey —  and that it helps them remember theirs.

Arlo Parks Is Feeling it