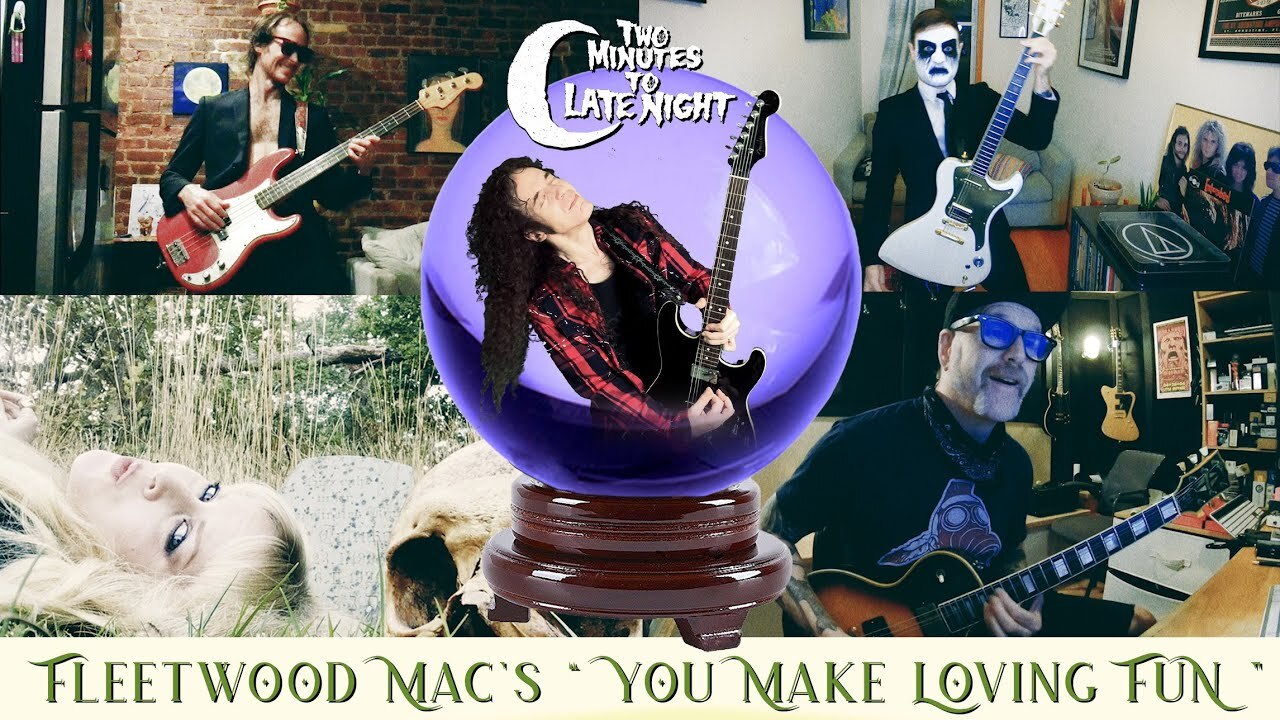 Fleetwood Mac’s floaty 1977 hit “You Make Loving Fun” got metalized thanks to members of Baroness, Mastodon, Cave in,  Lucifer and more as part of the ongoing Two Minutes to Late Night series.

The ad-hoc group posted on the video “ooh ooh witchy womxn! We covered your mom’s favorite Fleetwood Mac Song and frankly our’s too. Also, Friedman resides in Japan plus Johanna and Nicke live in Sweden so there are all kinds of international spookiness in this video.”

Billed as “the world’s only heavy metal-themed talk show,” the Two Minutes to Late Night crew have rocked previous covers of Billy Idol, Robyn Rage Against the Machine (already pretty metal!) and more.

Outside of their kooky cover duties, the musicians have been busy on their own projects: Mastodon released Medium Rarities, an album of covers featuring one new song, “Fallen Torches,” on Sept. 11. Read SPIN’s interview with drummer/singer Brann Dailor here.