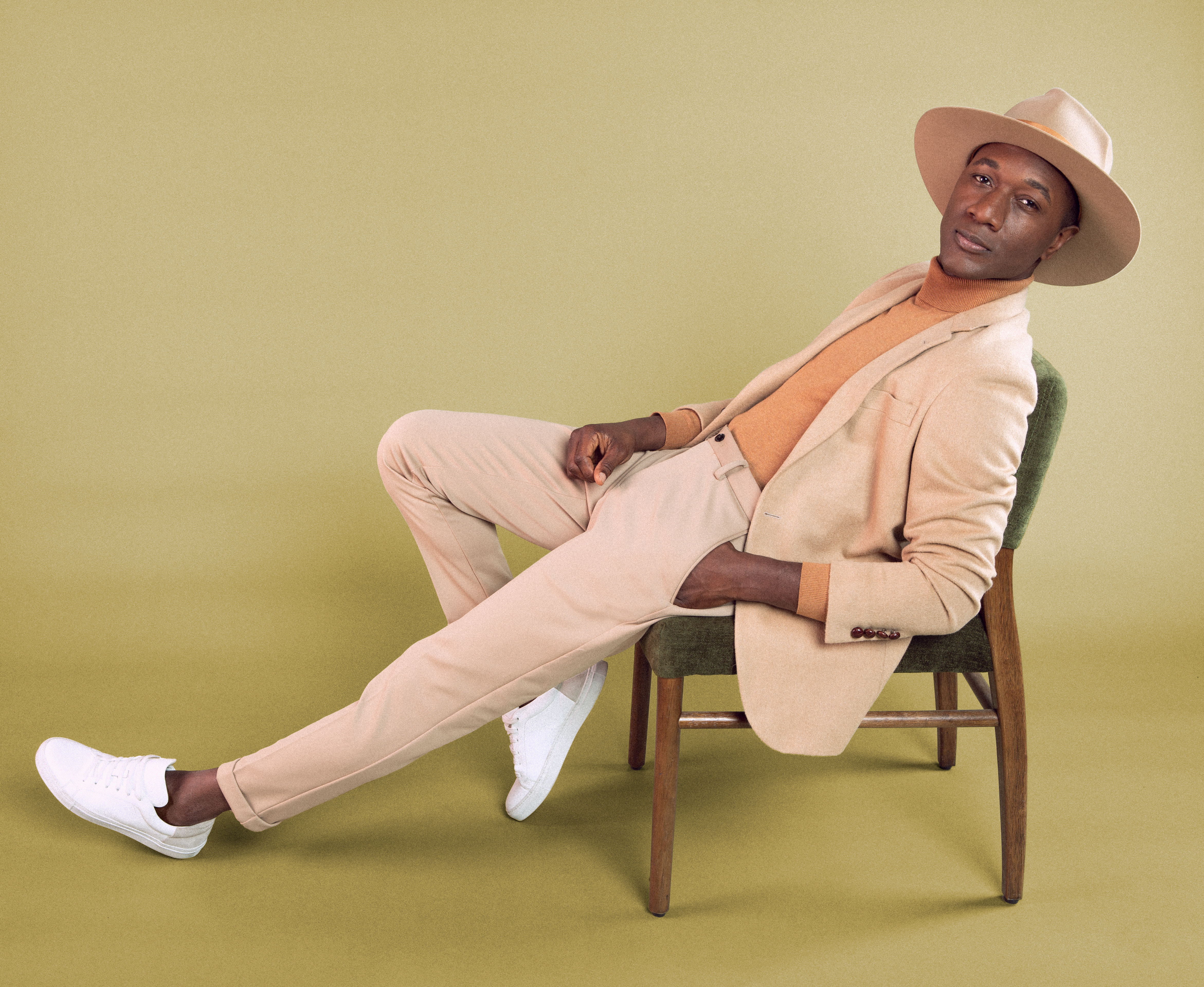 Aloe Blacc could’ve never predicted the rough new world his album, All Love Everything, would be born into when it drops Oct. 2. The prescient themes that are reflected throughout the album were recorded prior to 2020’s chaotic twists and turns. In the troubled times of COVID-19 and racial violence and unrest, Blacc’s soulful songs about togetherness and family feel like a sorely needed life raft helping us keep a grip on the things that matter most. Blacc, who is best known for both 2010’s “I Need a Dollar” and for his vocals on Avicii’s 2013 international EDM anthem “Wake Me Up!” is back with his first proper solo album of new material in seven years.

Recently, we spoke with Blacc about the art of writing timelessly heartfelt anthems, embracing fatherhood as a songwriter and his dedication to inspiring and educating his fans on vital topics during an election year.

Does this album feel like it’s coming out at the right time for you despite having written it prior to COVID-19?
All Love Everything is about togetherness, it’s about family and my personal relationships, which obviously have further developed with COVID. Every weekend I do family Zooms, I’m with my kids pretty much 24/7 and my wife so togetherness really is a true theme when it comes to my life. No one would have predicted that but this is where we are and I’m glad that I’m still releasing the album whereas other artists might be holding back but in my mind, this is the perfect messaging for right now.

How has fatherhood changed your perspective as a songwriter during these times?
As a father, I want to be sure that my kids can sing the lyrics that I write and I’m not being questioned about complex questions that aren’t child appropriate. I grew up with music like that listening to Marvin Gaye and Bill Withers. I think for Marvin Gaye, the most risque thing I ever heard was “Sexual Healing.” It was definitely weird for me as a kid, singing the lyrics, but if you put that up against the stuff that’s on the radio today, that’s not so bad.

Have the major issues going on in the world changed your goals as a songwriter?
My goal is to make songs that really matter to people and characterize moments in their lives, otherwise they don’t really stand the test of time. I want to write something that matters and is thematic for a moment. For me, “I Do” for me was that song. I went into that session writing with collaborators who are really good at writing love songs. I don’t fancy myself a love songwriter so I thought it was a good challenge. Also, I had to come up with a gift. This song is in part a gift for my 10-year anniversary to my wife [Maya Jupiter]. The messaging in the song is who would’ve thought that I could find love halfway across the world, you can’t predict those things, it’s putting forth the idea that love chooses you.

How have you been able to connect with fans on issues you feel are important during an election year?
I’ve been doing Instagram Live conversations with politicians, L.A. City Council members, legal experts, police professionals, district attorneys, whoever I can that has the knowledge to share about social justice and their role in making police reform happen. In the wake of the murders of George Floyd, Breonna Taylor and so many others, my goal is to educate people and get them into action meaning registering to vote, educating themselves on the issues and voting early and voting all the way down the ballot. You may be voting for president but that doesn’t affect the judge who is your district who is making decisions that could negatively affect your life, or the mayor or the district attorney or the sheriff, those are the ones that need to be paid attention to.

What are some hopes you have for people listening to the music on the new album?
I hope these songs give people an opportunity to reflect on the people in their lives that are close to them. A song like “Glory Days” is a song about making today and every day your glory days rather than looking back longingly or nostalgically at the past. Then there’s a song called “My Family” which is another opportunity for people to look at their mom, their kids, their parents, their significant other more closely and just giving them a song to sing about them.