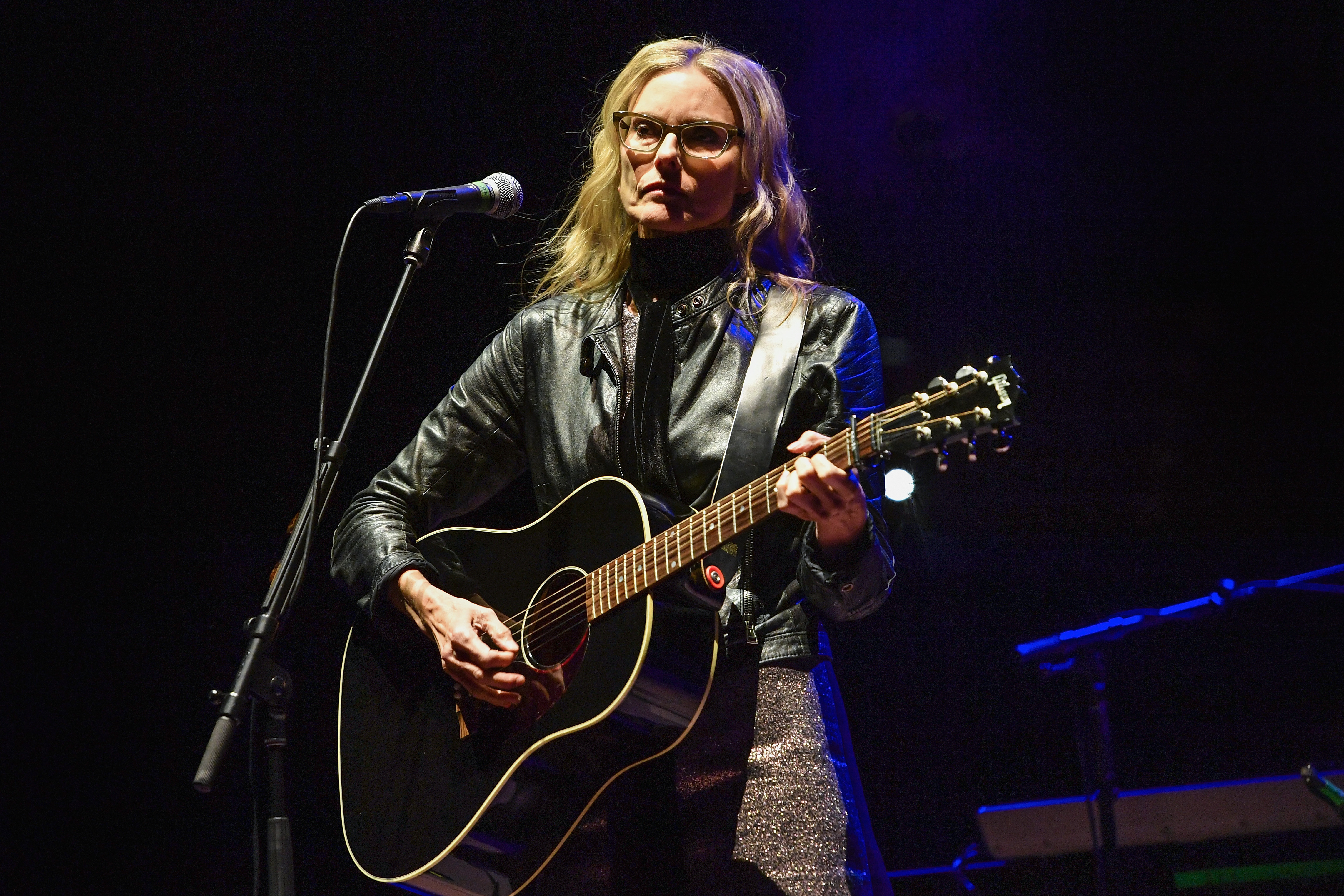 Aimee Mann’s captivating cover of Leonard Cohen’s “Avalanche,” which serves as the theme song for HBO’s true-crime docu-series I’ll Be Gone In The Dark, is now available for download and/or streaming.

It’s an especially poignant song placement for Mann, as she was close friends with the late Michelle McNamara, whose tireless research and book, I’ll Be Gone in the Dark: One Woman’s Obsessive Search for the Golden State Killer, helped inspire the series — and catch the criminal McNamara coined the Golden State Killer.

“My husband, Michael Penn, and I had been close friends with Patton [Oswalt] and Michelle for many years and were very familiar with the ups and downs of her research,” the Academy Award-nominated and Grammy Award-winning artist said in a release. “We were completely devastated by her death. I was incredibly moved by Patton’s dedication to getting her book finished and was so happy when he reached out about recording a version of ‘Avalanche’ for the show.”

McNamara died in 2017, and her husband and others finished the book posthumously.

Mann and her husband produced and recorded “Avalanche” at home and the singer says that they’re “honored to hear it at the start of every episode.”

Mann, who has been solo since leaving the group ‘Til Tuesday in the early ’90s, is no stranger to film and TV work. Her score for Paul Thomas Anderson’s Magnolia, with “Save Me,” earned her both Academy Award and Golden Globe nominations for Best Original Song.