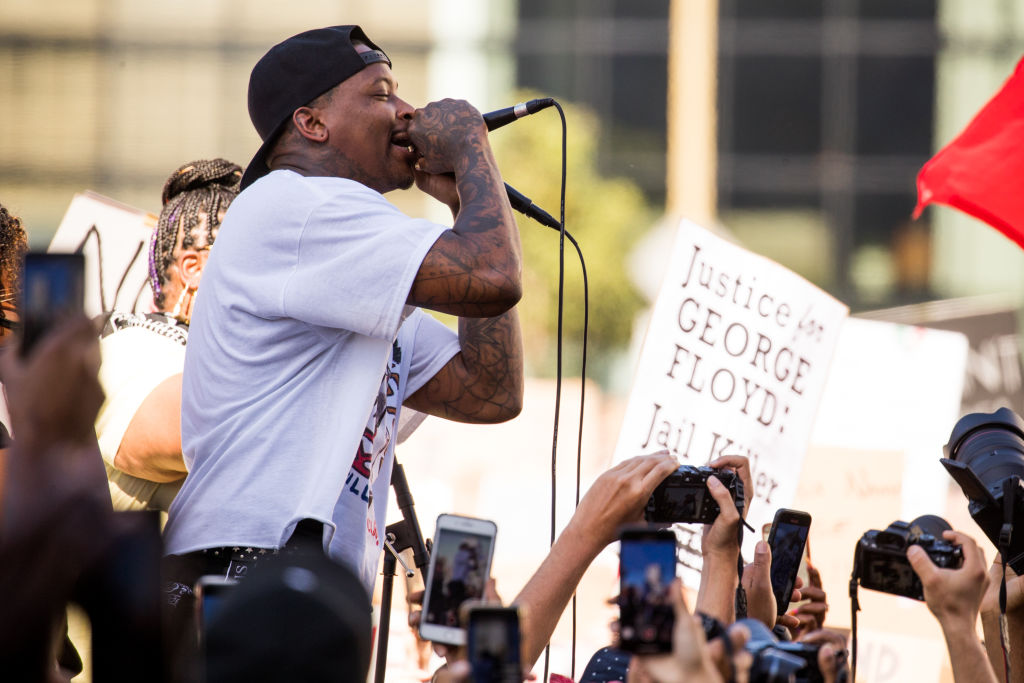 It’s not an election year without a YG album to bump.

On Monday, the acclaimed Compton rapper behind 2016’s Still Brazy and “FDT” returned to announce his fifth studio album, MY LIFE 4HUNNID arriving on Oct. 2.

The record will drop via Def Jam and follows YG’s 2019 record 4Real 4Real. This year alone, YG has shared singles “SWAG” and “Laugh Now, Kry Later!” both of which have amassed over 17 million views on YouTube. Now, YG’s latest announcement comes alongside his release of the “Equinox” video featuring Los Angeles rapper Day Sulan.

Sulan and YG shine in the clip, which further pushes the track as the twerking anthem of the year. And the “left, right, left, right” instructions are helpful enough to keep listeners following along in the club — whenever they open back up again.

Check out the “Equinox” video below: