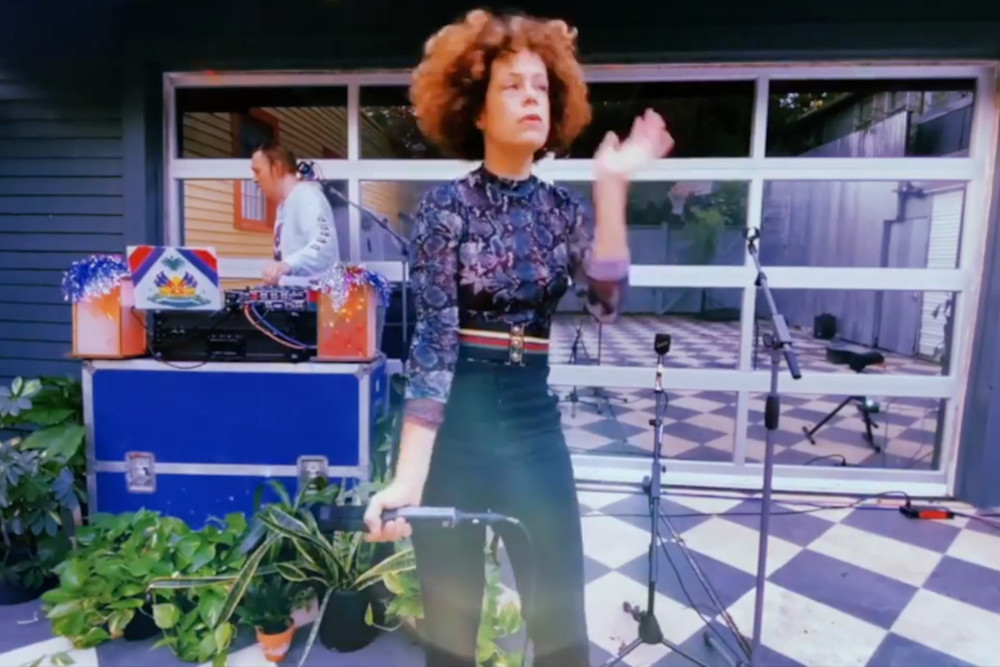 Arcade Fire marked the 10th anniversary of The Suburbs by sharing a duo performance of the LP’s penultimate track, “Sprawl II (Mountains Beyond Mountains).”

The clip, shared Monday on the band’s Instagram, first aired as part of their three-song set during a Salesforce livestream. Régine Chassagne sings, dances, and waves pom-poms on a checkered courtyard; meanwhile, Win Butler operates a mixing board and films on his cell phone. “Hi, guys,” he says at the end. “Thank you. Stay safe out there.”

The band paired the video with some more words of encouragement. “The Suburbs is 10 years old now,” they wrote in a caption. “Can’t wait to all play music together again. Until then, stay safe and well.”

The Suburbs, issued in August 2010, could be Arcade Fire’s most acclaimed record, landing atop numerous end-of-year music lists (and ranking third on SPIN’s round-up).

Win Butler recently shared that Arcade Fire have started work on their first album since 2017’s Everything Now. (He also posted a new song snippet on Instagram.) However, the band’s Will Butler later revealed that logistical challenges, partly stemming from COVID-19, have stalled their progress.

“Now our drummer is in Australia, two of us are in Canada, and the rest are in America,” Will Butler told NME. “Australia are having a crazy outbreak, the border to Canada is sealed right now… like, Jesus Christ. It takes more logistics to get together. It always took a certain amount of logistics, but right now it’s insurmountable.”

The Suburbs is 10 years old now Can’t wait to all play music together again Until then, stay safe and well 💙 Living in the sprawl Dead shopping malls rise like mountains beyond mountains And there's no end in sight I need the darkness someone please cut the lights! ⛰⛰✨