Victoria Monét is soft-spoken in conversation — maybe not what you’d expect from the artist behind one of 2020’s most ambitious R&B projects.

Despite her gentle tone during our interview, one sound pierces through her surroundings — just like the punchy horn sections on her August release, Jaguar. But the noise wasn’t musical — it was Monét’s instantaneous reaction after being compared to Off The Wall-era Quincy Jones. She squeals with excitement, as if the Grammy-winning songwriter hadn’t already been used as a critical reference point. But she should be used to it by now.

“He’s definitely been an inspiration,” Monét says of Jones. “The more that I learn, after watching his documentary, after meeting him and hearing his stories, I’m like, ‘You’re exactly the type of person and musician that I want to be.’” 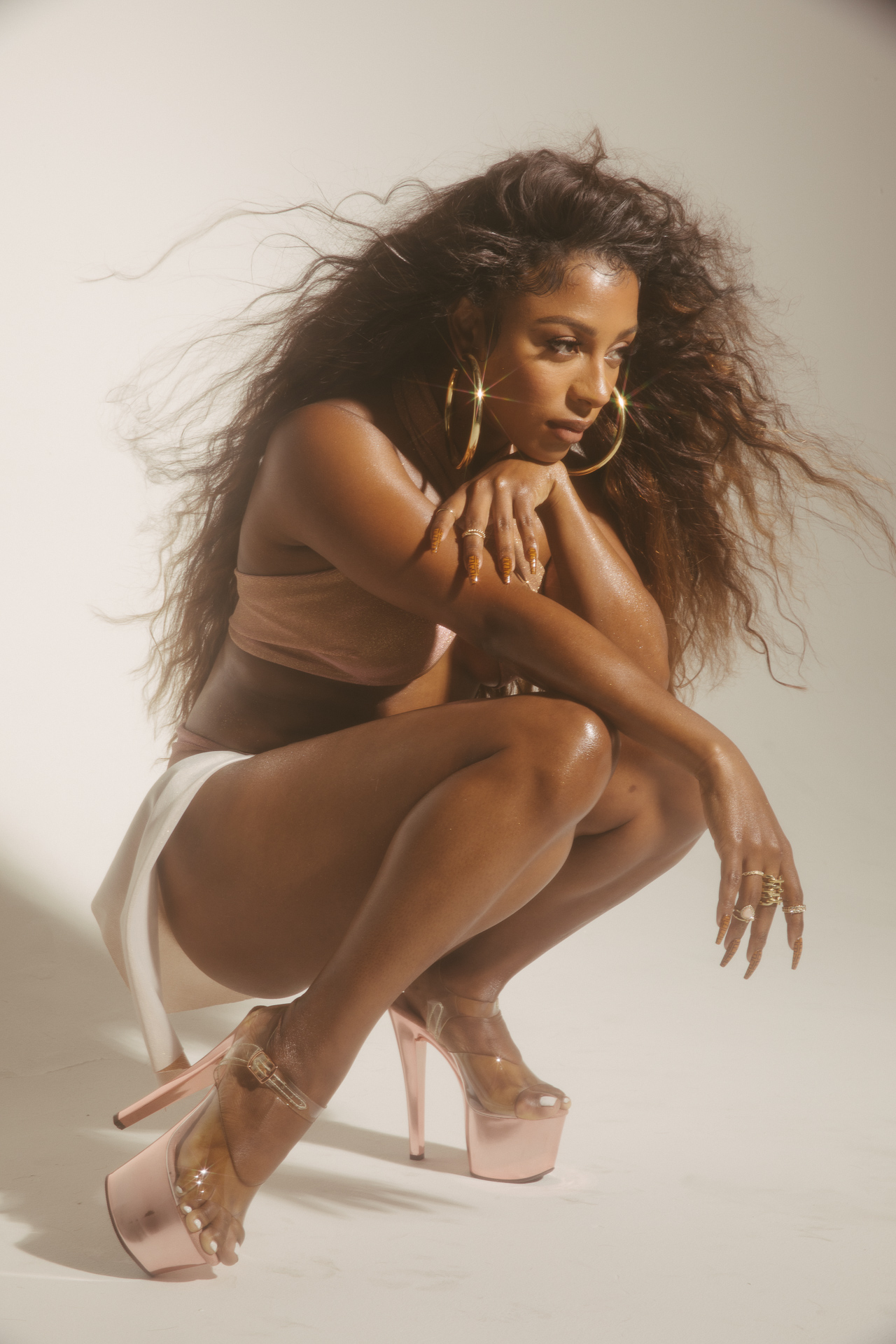 Thank U, Next, Sweetener and beyond. She’s a songwriter’s songwriter, probably why Jones is so drawn to her aura.

Back in June 2019, before the world knew her ambitions for the soulful, ‘70s-influenced Jaguar, the 27-year-old singer met with Jones at his residence. There, she played the record’s title track for the acclaimed producer.

“He was singing another melody [over it], and I wish I could remember it,” Monét says, laughing. “I would’ve gone to the strings and asked my string player Peter Lee Johnson to do that, and just give him the production credit and be like, ‘My first Quincy collab.’”

While Jones’ name didn’t end up on Jaguar’s credits, his presence is unmistakable — especially in the aforementioned horns. She says Grande too was singing them back when she first heard the record. But that’s always been the norm for Monét.

“Before I was able to access horn players, I would sing the horns myself and try to make my voice sound like them,” she recalls. “I try to give them those inflections and that specific sound because I can hear it so clearly in my head. When they play it, that’s when I know it’s like, ‘OK, I had this idea and was already seeing it before, but now when you’re playing, it brings it alive.’”

As she dove into the project’s creative process, Monét had her instrumentalists and producers (including D’Mile and SG Lewis) locked down. She also had a feature from Khalid on the disco-era slapper “Experience” in her back pocket. She just had to find a way to make everything mesh, which she says wasn’t ever a problem, or even a thought. Jaguar — which is only one part of a soon-to-be-completed project — just worked.

The record’s themes are consistent. When Monét isn’t singing about her sexual freedom on “Dive,” she’s getting “wild” on the album’s dance-y centerpiece “Jaguar.” And when she isn’t preaching self-love on workout anthem “Ass Like That,” she’s reminding herself on “Moment” that this instant of time belongs to her. Jaguar is a token of self-love from an artist whose previous two-part release, 2018’s Life After Love, found her searching for just that.

“I’m not really focused on the outcome,” Monét says of her creative process. “I’m focused more on how I feel right at that moment, what would make the best out of this day, this session, this instrumentation, these notes … Then listening back is when I get to sit back and say, ‘OK, this is the overarching theme of the project, and this is how she’s feeling.’”

Monét seems to be riding a wave. She’s turned to the music she grew up on — the stuff that her grandmother would play and her friends would roast her for. And she’s owning it like she would’ve wanted at age 13, although she admits her “goody-two-shoes” teenage self wouldn’t have appreciated some of the record’s sexual themes.

But the younger Monét would have loved the album’s underlying message.

“I don’t think that my music would necessarily be the first thing that’s gonna be like playing on the radio,” she says. “[But] I really want this project to represent freedom, creative freedom. Sonically and lyrically, you can say what you want, and as long as it’s true to you then that’s all that really matters. The people that want and need to hear your music will find it.”