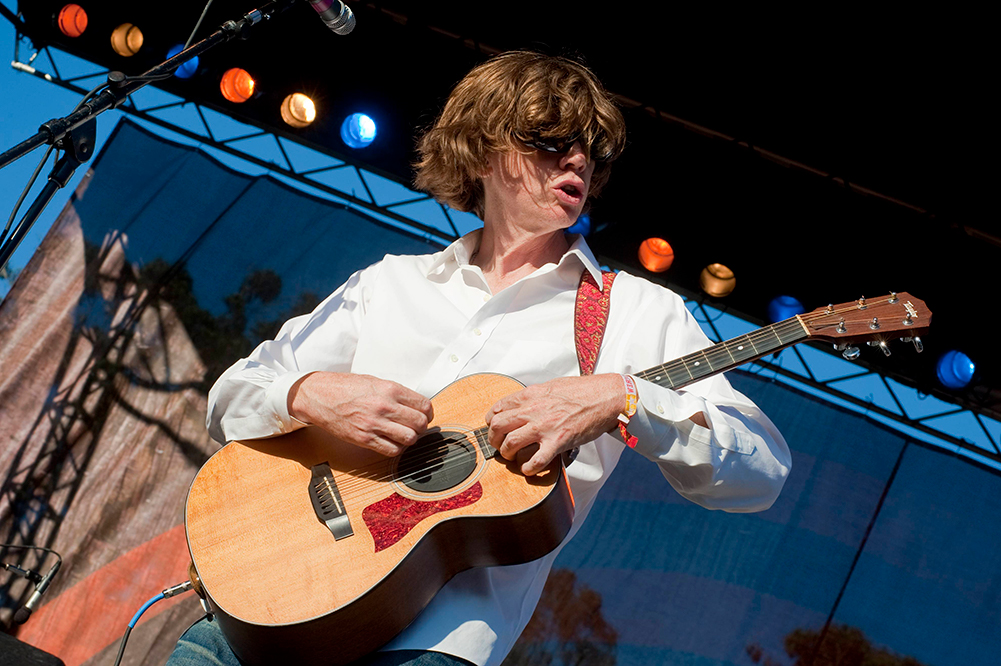 Moore gave “Another Day,” off Galaxie 500’s 1989 sophomore LP, On Fire, the unplugged treatment. In the video of the cover, vocals and an acoustic guitar are paired with black and white images of fields and sky, as well as a few clips of Thurston performing the song.

In a statement, Thurston recalls his introduction to Galaxie 500:

I first heard of Galaxie 500 when I was walking around downtown NYC 1988 with Susanne Sasic, who was working with Sonic Youth, first as a t-shirt seller at the gigs, then as lighting designer, and we saw a little flyer wheatpasted on a wall with Galaxie 500’s name on it where they were playing a gig at some long lost little space. Susanne, who was also working at the legendary Pier Platters record store in Hoboken NJ, mentioned that the band had a single (“Tugboat”/”King Of Spain”) which was super cool. She was absolutely right about the single though I don’t recall going to the gig. But eventually I saw them and was struck by their mellifluous minimalism and swooning ‘verb-drenched slather tone. Of course, they were already classic and, of course, they would, and will, always remain one of the best, most remarkable bands from a time when being noisy, aggressive, amped up and skuzzy was the prescription of the day — Galaxie 500, in some otherworldly way, brought us back to Earth so we could recalibrate and soar anew.

The 20-20-20 Galaxie 500 cover series, led by Damon Krukowski and Naomi Yang, is sharing at-home performances that will be uploaded every weekday from today (Aug. 3) until Aug. 28 — the day before Record Store Day.

The new song project coincides and celebrates the vinyl reissue of the lineup’s live LP, Copenhagen, for Record Store Day, and the special release of a limited-edition Dogfish Head Galaxie 500 beer. The project has been curated by David Newgarden, WFMU radio director in the ’80s/’90s, who is also the longtime manager of Guided By Voices and Yoko Ono.