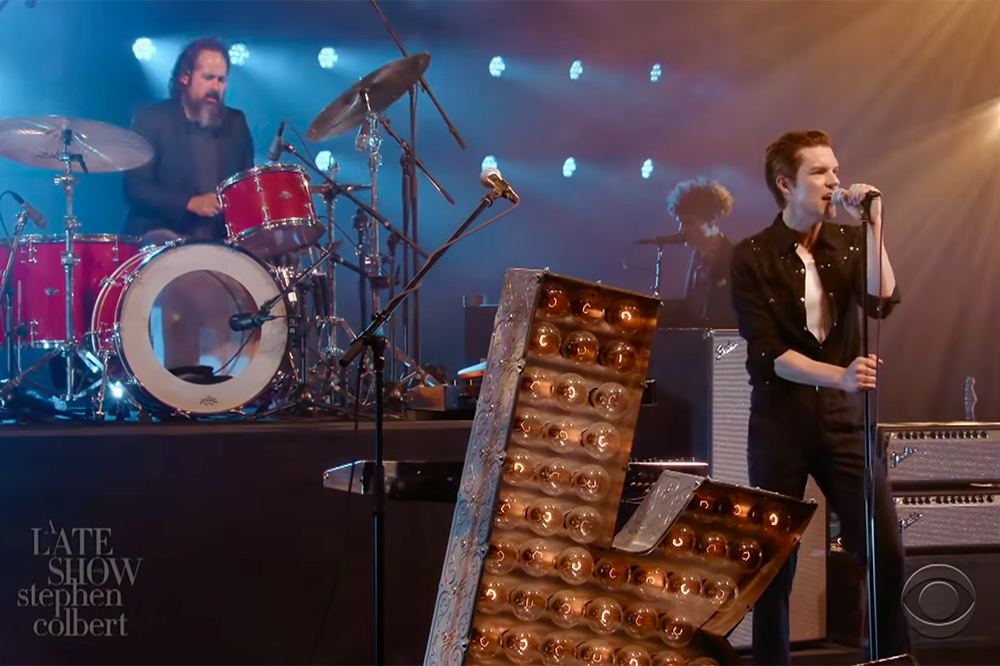 The Killers’ new album, Imploding the Mirage is finally out today (Aug. 21). And the band celebrated the release by debuting their new single, “Blowback” on The Late Show with Stephen Colbert last night (Aug. 20).

Unlike their previous quarantine performances, this one shows the full band, while still socially distanced, back together onstage. As Bobby Olivier pointed out in his SPIN review on the album, this song, along with the rest of the LP, is “an easy bridge to the next arena tour.”

Even though it may take a while until we get back to that kind of live event, it was nice to see what the Killers are bringing to the table with “Blowback,” which Brandon Flowers and Ronnie Vannucci, Jr., initially shared on the CBS This Morning in April. But now, we get to see the whole group play it, and who doesn’t like seeing the band back together?

The Killers previously shared Caution, “Fire in Bone,” “Dying Breed” and “My Own Soul’s Warning”.

And it seems the band so much fun filming visuals for “My Own Soul’s Warning” that they ended up making two. “A song so good it needed two separate videos,” the band tweeted. “We did the same thing with ‘Brightside’.”

Watch the new alternative video for “My Own Soul’s Warning” below.