Watch their powerful acapella performance below 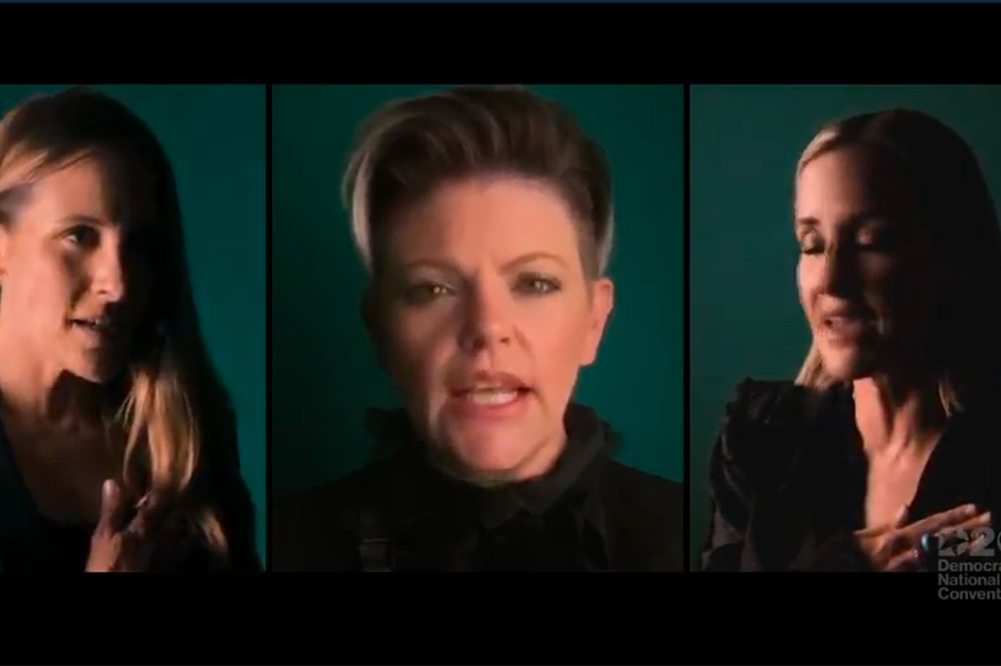 While other artists’ performances during the 2020 Democratic National Convention were weaved well into the night’s telecast, the Chicks helped open the final night of this year’s DNC.

Instead of energizing those tuning in with their new single, “March March”, the country trio performed a powerful acapella version of “The Star-Spangled Banner.”

The Chicks, who recently changed their group moniker, stood in front of dark green backgrounds with the cameras tight on their faces. And their buttery vocals were so powerful that you can feel the meaning of what America’s national a little bit more.

Common and John Legend paid homage to the late civil rights activist and U.S. Representative John Lewis with a performance of their Oscar-winning song, “Glory,” from the 2014 Ava DuVernay-directed film Selma.

Watch the Chicks perform “The Star-Spangled Banner” at the 2020 Democratic National Convention below.