Pylon, who emerged from Athens, Georgia as part of the early ’80s college scene that also spawned R.E.M. and the B-52s, will release an all-encompassing set titled Pylon Box on Nov. 6 via New West Records.

The 47-song, four-LP box set includes their studio albums Gyrate (1980) and Chomp (1983), which have been remastered from their original tapes and will be available on vinyl for the first time in nearly 35 years.

The Pylon Box trailer can be viewed below.

Also included is Extra, an 11-song collection featuring a recording made before frontwoman Vanessa Briscoe Hay joined the band, along with the “Cool” single, the rare “Recent Title,” five previously unreleased studio/live recordings and more.

Each copy of Pylon Box will be autographed by the surviving members of Pylon: Hay, Michael Lachowski and Curtis Crowe.

Pylon formed in 1979 and initially broke up in 1983, reforming in 1989 and touring as openers for R.EM. The lineup took another hiatus starting in 1991 before returning in 2004. When founding member and influential guitarist Randall Bewley died of a heart attack in 2009, Pylon permanently called it quits. 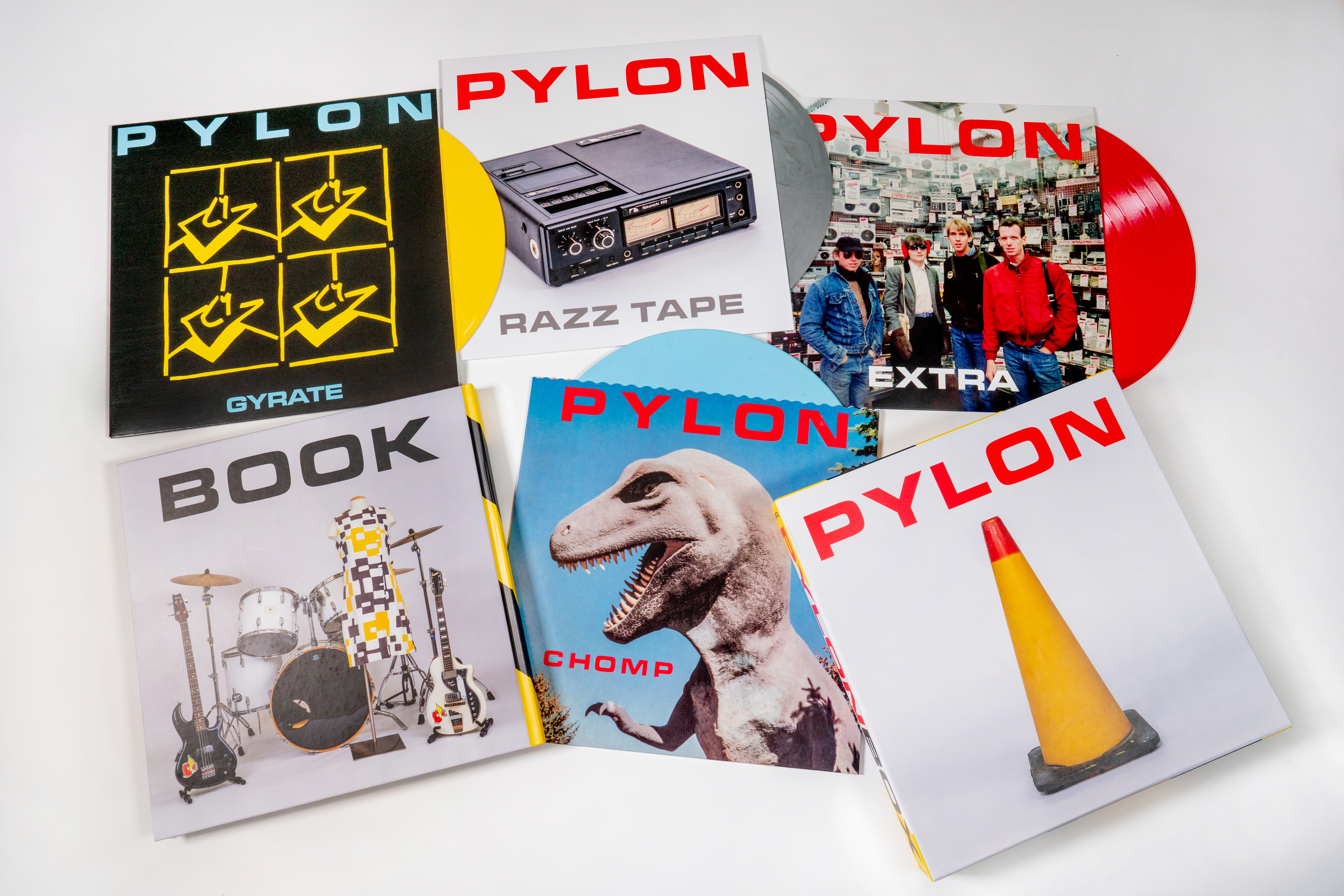 In the 1987 documentary Athens, GA: Inside/Out, Pylon was cited as an influence by many bands in the scene. That year, R.E.M. released a cover of Pylon’s 1985 song “Crazy” on their Dead Letter Office compilation album.