"Grandaddy are one of the unsung hero bands of indie rock..." 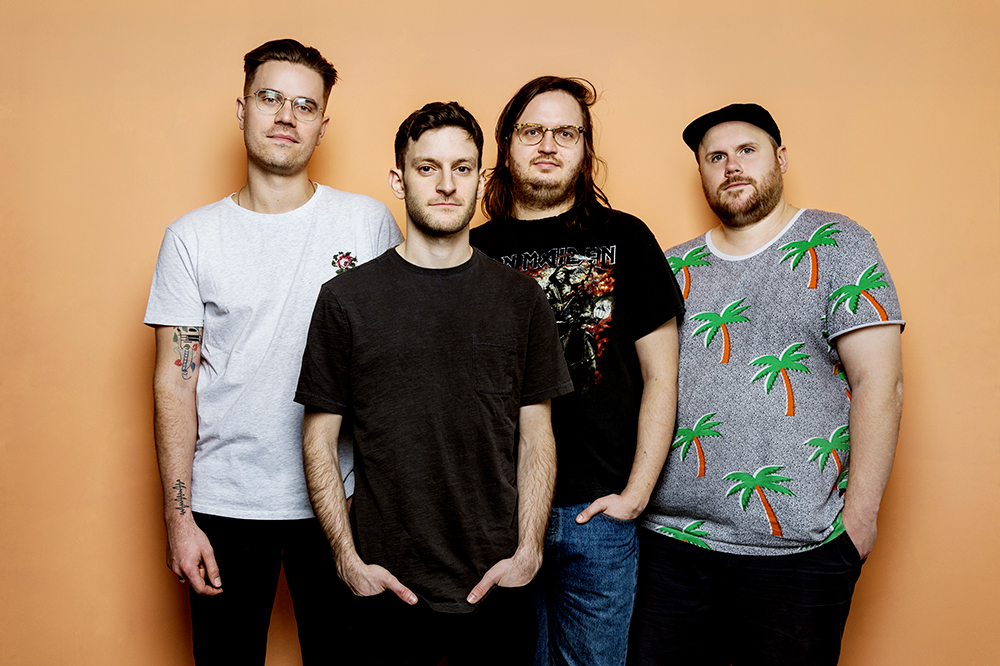 On the heels of releasing their live record, Live at the Electric Ballroom, PUP have released a cover of one of their favorite songs — Grandaddy’s “A.M. 180,” off Grandaddy’s 1997 debut LP, Under the Western Freeway.

“Grandaddy are one of the unsung hero bands of indie rock,” drummer Zack Mykula said in a statement. “A best-kept secret. I mean, forgive me for going ham, but this song is like a lily in an otherwise barren valley. An outstanding piece of songwriting, doing more with less than most any other song of the same caliber. So, that’s why we decided to cover it.”

Aside from the new cover drop, PUP have also announced their upcoming PUPTHEZINE Vol. 4 , QUARANZINE. The new issue will contain “cut-out PUP figurines, a postcard, each band members’ resume, guitar tabs for “Anaphylaxis,” a pedal board breakdown, a flexi-disc of a ska song written in quarantine (hailed as “a truly unparalleled, transcendent musical masterpiece” by PUP themselves) and much much more.”

Read the band’s statement about QUARANZINE below.

“This zine was created in the first few weeks of our mandatory quarantine. It was printed and ready to ship before the full impact of COVID-19 was felt across the world and before the senseless deaths of George Floyd, Regis Korchinski-Paquet, and Breonna Taylor (to name but a few) further exposed the foundational white supremacy and structural inequality at the heart of American, Canadian, and other capitalist societies. We are grateful for the voices and perspectives of marginalized peoples that continue to play a central role in this worldwide awakening and in the sustained call to dismantle racist and patriarchal structures that have perpetrated violence in our communities. We stand in solidarity with all those trying to envision safer and more just communities and will continue to do our daily best in amplifying and uplifting these voices as we move forward in the world.
With that in mind, we hope you’ll view this thing for what it is: a time capsule. It is the four members of PUP, bored as fuck, fresh off a cancelled tour, trying to create something as silly as possible because, at the time, we wanted a distraction. Although it doesn’t necessarily represent our current emotional states, we had a good laugh making it and had a good laugh revisiting it all these months later. Honestly, that’s why we started making these zines in the first place. If you buy this thing, we hope it helps you find a bit of levity in what has been an incredibly bleak few months.
BLM / ACAB / WEAR A MASK.
And please, take care of each other. See ya in the pit when this thing’s all over.
xoxo
Stefan, Steve, Nestor and Zack”

And finally, the band has also added more PUP masks to their website, and 50% of proceeds will go to Trans Toolkits Collective.

We’re very excited to share this cover of @grandaddymusic’s “A.M. 180”! It was recorded by @nestorchumak(!) & mixed by @dave_schiffman – we don’t play covers much, let alone release them like this, but we had a lot of fun with this one. Streaming everywhere now!  We’re also releasing PUPTHEZINE, VOL. 4: Quaranzine. It’s a time capsule of early quarantine when every gig was cancelled & we wanted to stay busy. There’s a Flexi with an original ska song, lots of bad drawings & dumb jokes, your own pop-up PUP show & more!  Obviously a lot has changed since this was printed & the zine reads like it was written a decade ago. We hope that this zine can provide some levity for those who need it right now; we had fun making it & we hope that you have fun reading it.  Oh and one more thing – we’ve just put up a few more PUP masks on our webstore. They won’t last long. 50% of mask proceeds go to Trans Toolkits Collective (@toolkitstoronto).  And most importantly: BLM / ACAB / WEAR A MASK!  Link in bio!