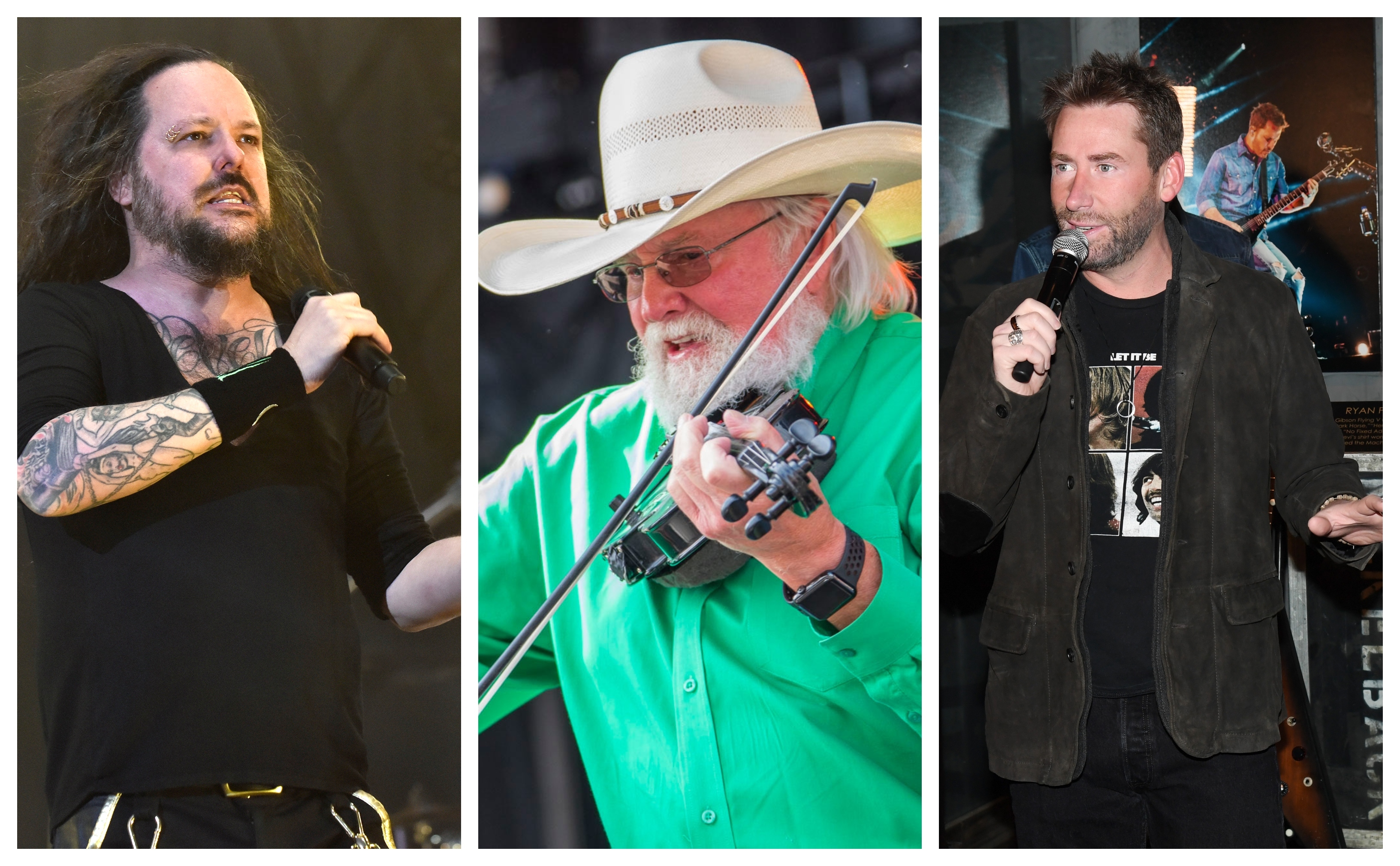 The passing of country icon Charlie Daniels on July 6 has now inspired aural tributes from a pair of seemingly unlikely sources: ’90s nü-metal progenitors Korn and Canadian hitmakers Nickelback. Both lineups took on the classic 1979 hit “The Devil Went Down to Georgia” in their own signature styles.

Korn, who previously covered artists ranging from Cameo (“Word Up”) to Cheech & Chong (“Earache My Eye”), teamed up with Southern rapper Yelawolf, for their version of “The Devil Went Down to Georgia,” which dropped July 28.

Nickelback’s version of the classic country epic offers up metallic guitars and speedy shredding in place of the classic fiddle, while their accompanying cartoon video shows a red devil rocking out on a double-neck guitar. Singer Chad Kroeger even drops in an F-bomb into the song for good measure during the band’s duel with the lord of the underworld. For it, they enlisted  Canadian guitarist Dave Martone for some extra oomph. This is the first music that Nickelback has released since 2017’s Feed The Machine.

If you want to go full completist, check out Charlie Daniels’ version below so you can compare the three.

Charlie Daniels, ‘The Devil Went Down to Georgia’ Singer, Dies at 83

Korn Tackles Technology Addiction in ‘Can You Hear Me’ Video