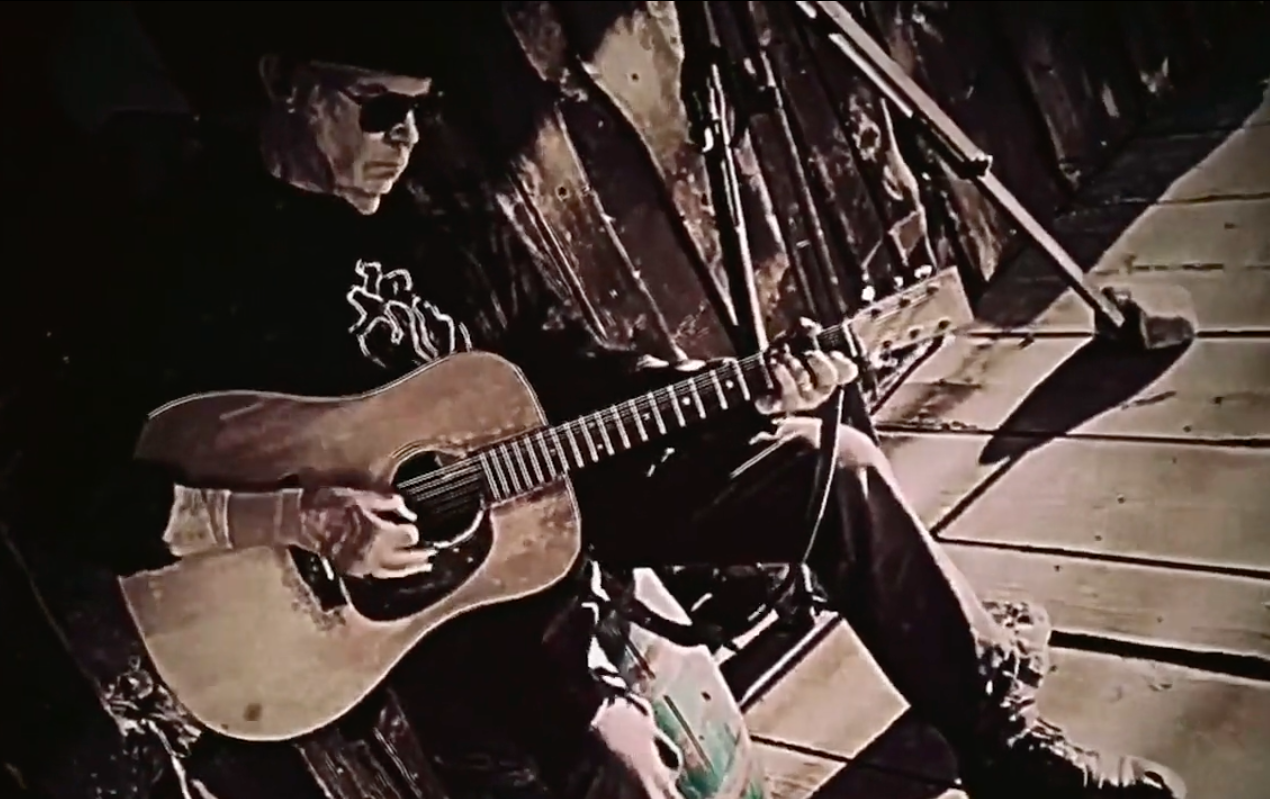 Neil Young hasn’t dropped a Fireside Sessions livestream in a while, but he did share a remanent from the past.

On the July 1 stream, which featured songs like “Alabama,” “Campaigner” and the recently released “Lookin’ for a Leader 2020,” Young has now released another song from that “Porch Episode.”

Young has been covered Bob Dylan in the past, but this was only the second time that he performed “The Times They-Are-A-Changin,'” with the only prior time being  According to Young’s Neil Young Archives website, the session was recorded on June 23 and was produced by Young and Niko Bolas, who are billed as the Volume Dealers.

You can listen to Young’s cover here.

This is the latest release in what’s been a busy year for Young. He recently announced that he’d be dusting off three archival releases from his vault, including his long-awaited Vol.2 box set. Earlier in the month, Young said he’d be removing Facebook and Google from NYA, and that it would cost him $20,000 to do so. Way back in February, he announced plans to tour older arenas this year before COVID-19 forced him to cancel.  In June, he issued Homegrown, a lost album from 1974.