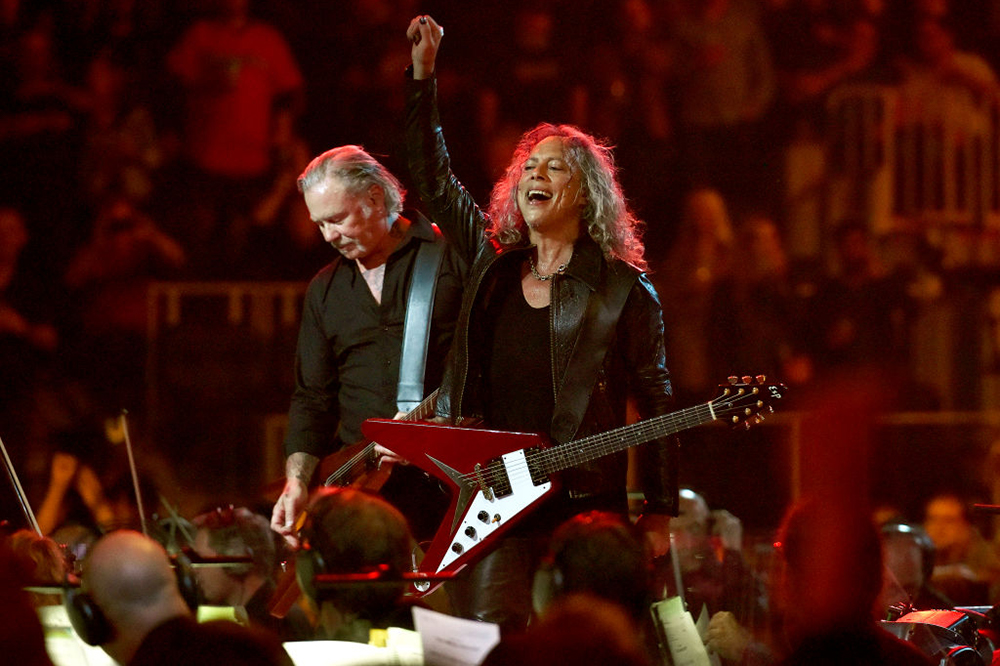 With only weeks until the release of S&M2, Metallica shared a high-octane performance of “Moth Into Flame” from the live concert movie.

For the song, which first appeared on the 2016 double-LP, Hardwired… to Self-Destruct, both James Hetfield and Kirk Hammett take their guitar solos off the stage and into the symphonic section — giving those who were at the show that night the 360-degree experience.

Metallica have previously shared “Nothing Else Matters” and “All Within My Hands,” along with the trailer, which teases interviews with the band and classical music directors.

S&M2 was filmed in 2019 on Sept. 6 and Sept. 8 at the Chase Center in San Francisco — the arena’s first-ever concerts. The sets reunited Metallica with the symphony after their 1999 collaboration for the S&M live album.

The package, available to preorder, is out Aug. 28 in a variety of formats. You can also get special edition merch here.

Watch Metallica and the San Francisco Symphony play “Moth Into Flame” below.