The singer’s back, ribs, and joints ached mercilessly throughout PVRIS’s last touring cycle, in support of 2017’s dark-pop destroyer All We Know of Heaven, All We Need of Hell.

“I was having trouble getting out of my bunk in the morning,” Gunn tells SPIN over the phone. “I was really confused and constantly tired. I had a lot of vocal problems, too … something was definitely wrong.”

At first, Gunn chalked it up to her hectic, globe-trotting schedule. “This is something everybody deals with,” she assumed. 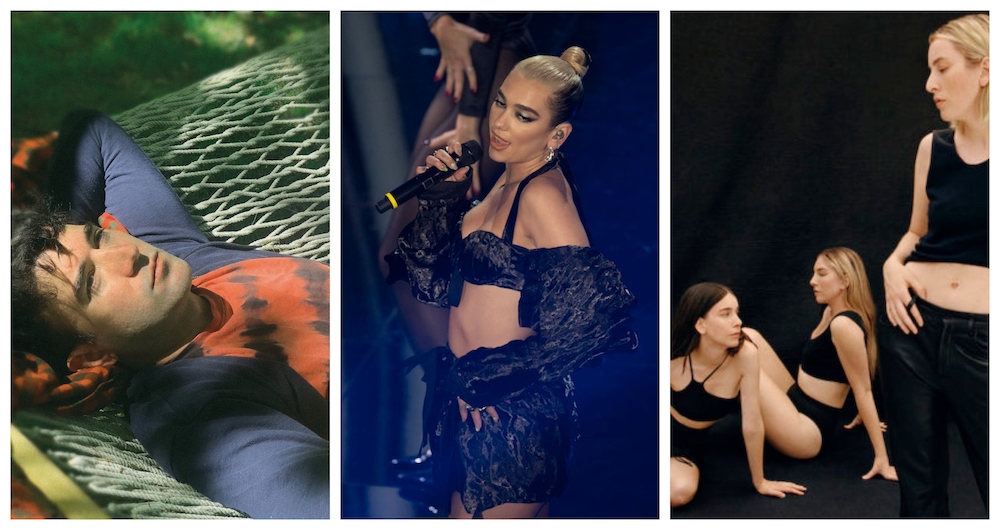 It wasn’t until last year, with her band long off the road, that the 26-year-old artist sought medical attention and received a pair of fearsome diagnoses: Crohn’s disease and ankylosing spondylitis, both autoimmune diseases with crippling effects if not properly managed. Crohn’s is an inflammatory digestive disease while AS, a rarer inflammatory illness, has affected Gunn’s lower back, hips and caused fatigue, she says.

Since then, the electrifying frontwoman is all about body and mind. She meets with doctors, she gets her rest — “it’s incredibly crucial,” she says. And every morning she sits in the grass outside her Los Angeles home and meditates.

“I’ll usually journal out there and write a gratitude list and just kind of touch base with where I’m at emotionally,” she says.

Gunn knows she’ll need her strength as she unveils PVRIS’s incendiary new chapter: Use Me, a full-length extension of 2019’s Hallucinations EP.

The band’s sizzling third LP finally drops Friday after two postponements — first for COVID-19, then to avoid self-promotion during the Black Lives Matter protests, which Gunn vehemently supports. The album release also comes during a time when co-founding guitarist Alex Babinski, who was recently accused of sexual misconduct on social media was ousted from the band.

“We will not tolerate sexual harassment, coercion and all other forms of sexual misconduct — online and offline. It is our responsibility to ensure and provide a safe space within the PVRIS community and to believe and support victims and survivors,” the band said in a statement announcing his departure.

Use Me finds Gunn firmly at the helm, recording every instrument herself and confidently expanding the genre-hopping sound she’s refined since she was a teenager in Massachusetts. She’s moved far beyond the band’s post-hardcore origins, instead embracing a serrated electro-pop that allows for both vulnerability and uppercuts to the jaw.

Here’s what Gunn had to say about the new music, newfound confidence and what’s next for PVRIS.

Editor’s NOte: This interview was conducted Friday, Aug. 21 prior to the news of Babinski’s departure.

SPIN: You appear alone on the new album cover, a first for PVRIS. How have you taken greater ownership of the band?
Lynn Gunn: I’ve always kind of been the backbone for the songwriting, the creative and a lot of the sonics in production. With this record, I switched it up a bit. I really wanted to reach out and bring more people onboard and just bring some new energy and have people that can help push me as a writer. Whenever we’d have a break or time off from tour, I would fly out to L.A. and kind of just go on blind dates with writers and producers and see who vibed. A lot of that process I did alone. I moved out to L.A. to be closer and more available to work.

This album feels more steeped in pop and dance, less in alt-rock than previous albums.
This is where I’ve heard PVRIS going for a while. I think the first two albums were really big and atmospheric and just drenched in reverb and delay, whereas JT [Daly]’s producing style is really dry and upfront and just in your face. He also let me have quite a bit of control in the production, which was really fun.

The powerful lead single “Dead Weight” details a toxic, one-sided relationship. Is the song true to life for you?
Yeah, it’s a summary of a lot of relationships, not just romantic, but friendships and business relationships and relationships with old habits. It’s about parting ways with things from the past and just really recognizing how much I have given to those things and really not been able to set boundaries and how that’s affected me over time. It’s about letting those go and taking your power back.

Is that where the overarching message behind “Use Me” comes from?
There’s a little bit of a tongue-in-cheek, double-edged meaning to it. It’s a very sincere, putting yourself out there for someone to use you and take what they need from you in the most loving and gentle way, like “Use me if you need me.” And then there’s also a really funny, kind of passive aggressive, “Go ahead and use me.”

“Good to be Alive” is all about your health issues. Why did you want to go there?
My initial struggles early on in our career was a lot of mental stuff. The last few years, I’ve really been in a good headspace and know how to manage stress and anxiety. So I was like, “Yeah, I’m ready for whatever, but now my body’s falling apart and I have no clue how to take care of it.” It was just kind of that funny irony and juxtaposition. So I was like, “It feels good to be alive, but I hate the things around me right now that aren’t allowing me to fully experience that.”

The title track includes an unlikely feature from 070 Shake, the New Jersey hip-hop artist signed to Kanye West’s GOOD Music label. Why her?
I just really recognize her willingness to experiment and dedicate herself to unapologetically creating great art. I don’t feel like there’s any limits on where her sound could go. I see a little bit of PVRIS in that. I know we came from a more rock, alternative scene, but I really don’t feel tied to that or like we’ve ever really fully fit in there. I’ve always wanted PVRIS to just kind of blend in wherever and have its own identity.