“Doing projects like this makes it fun to be in Metallica,” drummer Lars Ulrich told Kerrang about S&M2, their 2o-song collaboration with the San Francisco Symphony, which releases tomorrow (Aug. 28). Though it was the second project with a symphony, and the band has been breaking boundaries since forming in 1981, Ulrich still offered, “There’s always a moment where you sit and wonder if it might not work, but that’s kind of part of the dare. And you can’t help yourself – you have to fuckin’ look at it and turn over those rocks and see what happens.”

He continued, “We’re just so curious and I’m very proud of the fact that we always respect that curiosity and protect it from ourselves or talking ourselves out of it. All these things help us as musicians and makes Metallica more interesting to us and to other people also. But you never really know, but you learn to trust along the way.”

The quartet has spread its wings as a band in recent years. In 2013, Metallica released a 3-D movie, Through the Never, launched their own whiskey with distiller Dave Pickerell and have collaborated with a spectrum of artists, from Lou Reed to their rock-meets-classical collabs with the San Francisco Symphony; the first time the two groups worked together was in 1999, which was also the last album to feature Metallica bassist Jason Newsted.

“It inspires you to keep going, it inspires you to continue to want to connect and create music,” Ulrich said. “Doing all these things – movies, S&M, whiskey, doing this, doing a collaboration with someone – this all just fuels you to stay creatively connected and inspired and just want to be in a band. All these deviations from the path forward are super fun, and it makes you come to a more traditional Metallica thing like writing and recording an album with new spunk and recharged batteries.” 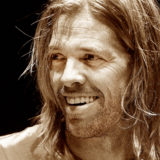 While Metallica has been streaming vintage gigs during quarantine, they’ve also been working on new material through email and zoom. This weekend also sees the band performing live — from quarantine, beamed into drive-in theatres at a cost of $115 per car. To find the city closest to you and purchase tickets, click here.