It's part of their "Not in This Lifetime Selects" streaming series 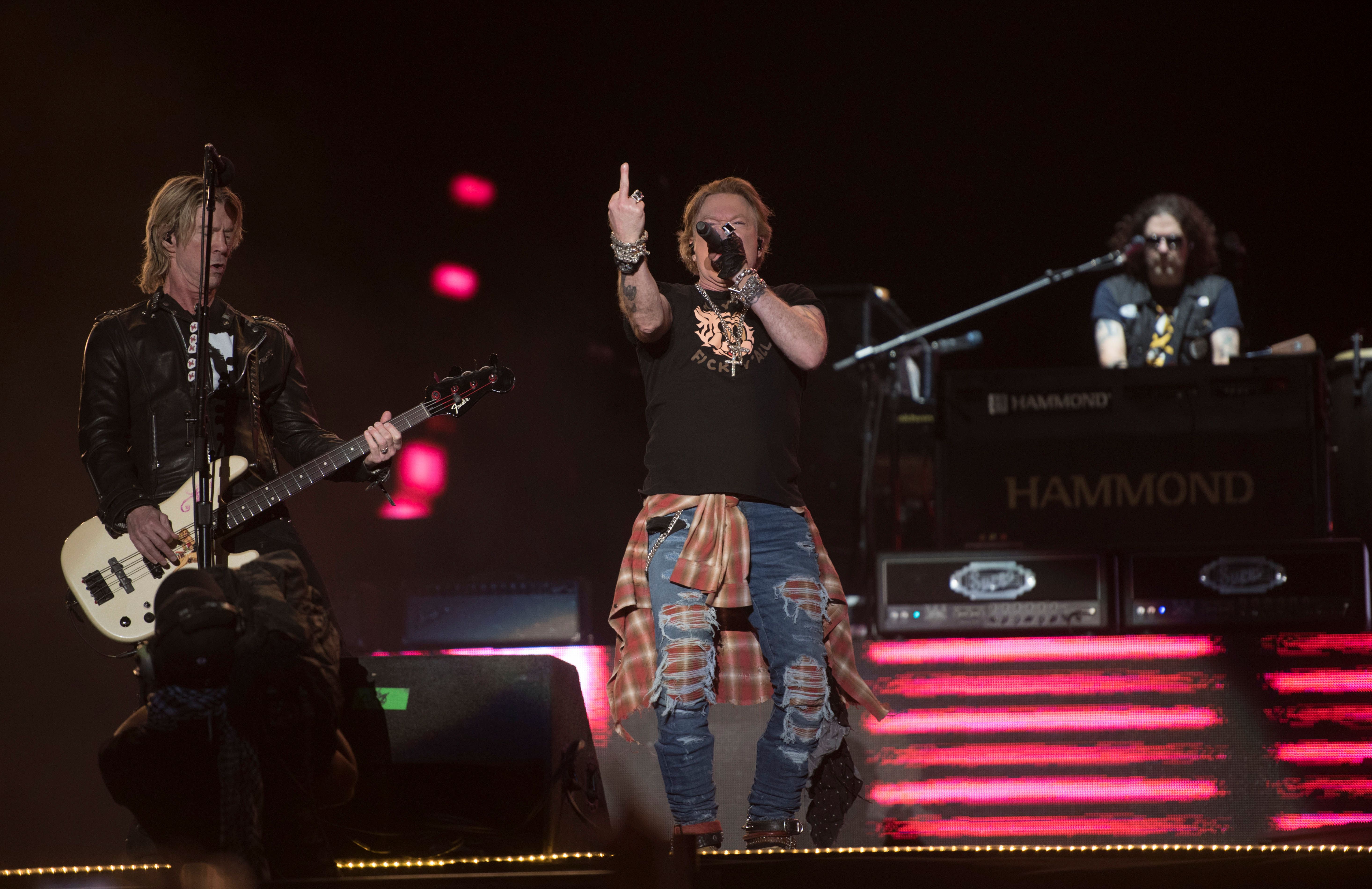 It’s been a while since Guns N’ Roses shared a live show from their Not in This Lifetime Selects livestream series. But the band is going to stream two gigs to make up for lost time.

The sets come from the Houston and Mexico City dates of their original 2016 leg. The Houston show took place at NRG Stadium on Aug. 5. The Mexico City airing is slightly unclear because the band played multiple shows in the Mexican capital city that year. The sets, though, are similar.

The rockers launched their Not in This Lifetime Selects streaming series in May by sharing a 2019 show from Salt Lake City at Vivint Smart Home Arena. They followed with their 2018 slot at the Download Festival in the U.K.

Guns N’ Roses played one show this year (coincidentally, in Mexico) before having to postpone their tour plans due to the coronavirus pandemic.

Tune in at 7 pm EST/4 pm PST to watch the shows. Or you can watch it conveniently below.