Band released 'The Kingdom' in July 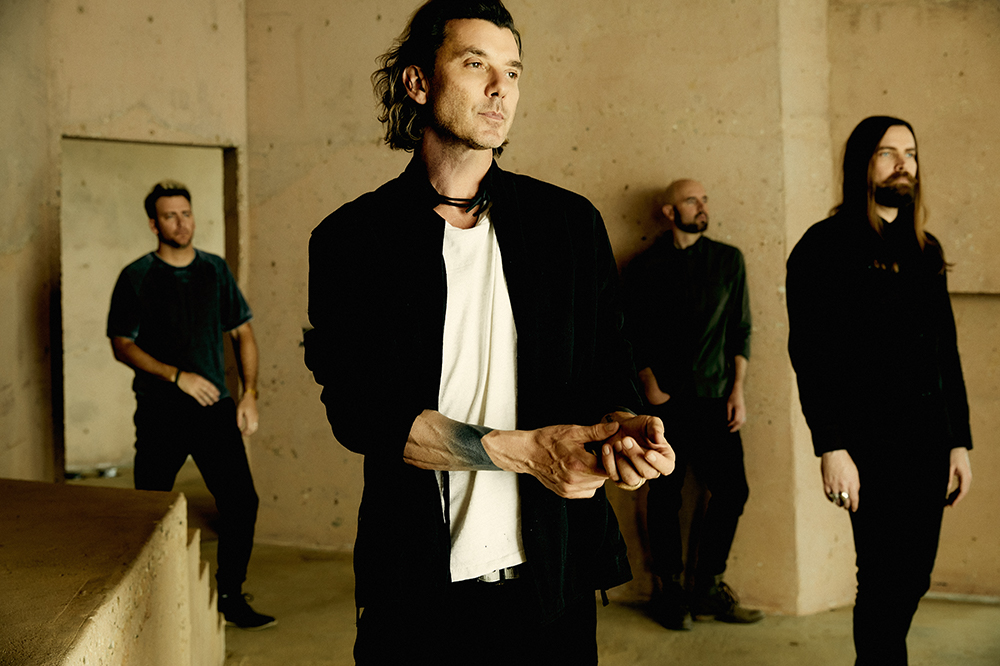 This should have been a huge summer for Bush. Gavin Rossdale and company were set to release their eighth studio album, The Kingdom, in May, followed by a trek across the U.S. shortly thereafter.

Once the pandemic struck, things changed, but it didn’t deter Bush. Their release may have been delayed, but the band found ways to push forward, including in the early pandemic-days when Gavin Rossdale performed on Instagram, and more recently, to celebrate their album release last month. The July 18th event, which came a day after The Kingdom’s release, featured a fully produced gig via live stream, with virtual fan experiences.

“It was just exhausting and exhilarating as usual to be back in those [rehearsal] studios,” Rossdale tells SPIN about preparing for the arena-style performance.

And it’s more than just a creative way to promote a new record. By testing out this new method of (safe) live performance, Bush helped innovate during a time of unprecedented challenge. (Yes, everyone wore masks and used hand sanitizer behind the scenes.) And it’s not the first trail they’ve blazed.

“In 2010, we [had] the first-ever self-released [song] to go number one, ‘The Sound of Winter.’ So, I was like, ‘We did something first!'” he says with a laugh. “It’s exciting to do this, and it’s always good to be at the forefront. Probably the fourth or fifth act doing it [will] probably finesse it in some way. We’re just trying to do something interesting and something great and keep entertaining people, you know?”

Bush also pushed forward with The Kingdom, their first album in three years, which includes the singles “Bullet Holes” (featured in John Wick: Chapter 3 — Parabellum) and the March-released “Flowers On a Grave.” Just don’t compare the band’s latest effort — which offers plenty of detuned, Rossdale-penned guitar riffs — to their earliest stuff.

“People would say, ‘Oh, it sounds like – it reminds me of old Bush,” he says. “As a musician, I have to filter people’s opinions through their instinctual perspectives that aren’t necessarily musical. For example, on that front, it’s a way different record than I’ve made before because every song is detuned and…really, really, really de-tuned. So that’s a completely different approach.”

Rossdale says he isn’t “correcting” anyone: “[I’m not] like, ‘Noooo, you don’t know what you’re talking about!’ They’re talking about the spirit. Because I was so turned on by that [way of writing], it makes me sing or it makes me approach it in a way that reminds them of the vitality of a brand new band. That’s what I take from it, because I know that intrinsically, that actually, mathematically—”

“No, it is, it’s maths. Music is maths,” Rossdale continues, using the British style of pluralization for that noun. “So mathematically, it’s a different thing altogether. But it has big openings, beginnings, surging powerful choruses, and stuff. So that’s what they mean. And so they’re not wrong, it’s just they’re not exactly — it isn’t early Bush. This isn’t. But that’s cool. But [there’s] the spirit, so I get it. And that just gave me a different platform, a different perspective to write from.”
Rossdale, who spent those early Bush days writing on a bass guitar, has always approached songwriting from a unique angle.

“I think that it’s really important as a musician, or as any kind of artist, that you always use almost different mediums, different approaches,” he says. “It’s really good to write a song off of a bass line; to really write it off a de-tuned guitar. It’s really good to collaborate. It’s really good to be open. I feel that this record is the most open I’ve been. [We’d gotten] into the whole thing of me writing all the songs for years. It was never me hogging it — it’s just how we began. No one else could be bothered; no one else had any interest in it.”

While Rossdale has always been Bush’s songwriter, he loves watching a tune evolve when he brings a “skeletal framework” to the band. “I love it when things get overturned and changed and distorted and things move around,” he says, noting that guitarist Chris Traynor and bassist Corey Britz play a “huge” role in his creative process.

Ultimately, Rossdale’s goal is to “keep it interesting” in the studio, trying out every idea they can think of.

“I think making music should be full of experimentation and ideas: ‘Get rid of all those guitars, just put this guitar in, or just do it off of a distorted bass only,’ and all these things,” he says. “If anyone has a better idea, I’m all about it. And I’ve written so many songs and made so many records — it doesn’t matter how it gets there.”