Watch the new video below 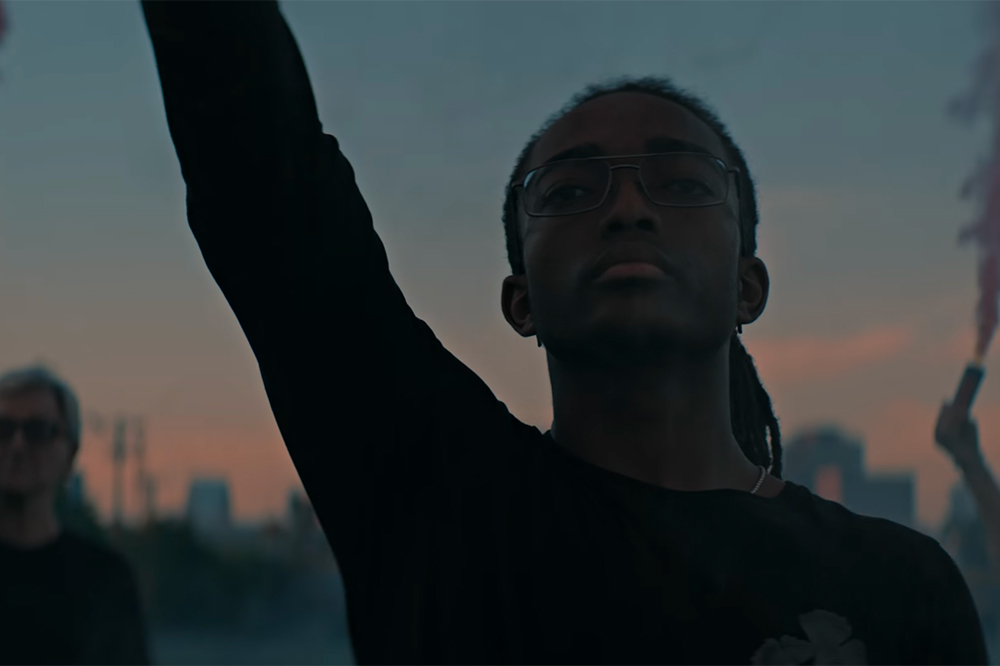 A couple weeks after the release of the inspiring anthem “Use My Voice,” Evanescence has shared a new visual for it.

Directed by Eric Howell, who directed Voice From The Stone, the video follows Amy Lee, her bandmates and a variety of other activists armed with flags, flares and signs in protest. And opening the video with an image of the White House, it’s pretty clear that the band is aiming this message toward the Trump administration.

“This is an era of awakening, and full of powerful beauty,” Amy Lee said in a statement. “I hope to inspire others to seek truth, find their own voices and use them as I step up to use mine. Don’t let anybody speak for you. Only you can do that.”

The track has enlisted a powerhouse of talent, including The Pretty Reckless’ Taylor Momsen, Halestorm’s Lzzy Hale, violinist Lindsey Stirling and Within Temptation’s Sharon den Adel. The band also tapped into their personal networks, including Lee’s longtime friend and co-writer of the track, Deena Jakoub of Veridia; her sisters Carrie South and Lori Lee Bulloch and finally Amy McLawhorn, who is Evanescence guitarist Troy McLawhorn’s wife.

The band has also teamed with HeadCount, contributing “Use My Voice” for the get-out-the-vote organization’s campaigns.

“We are proud to stand up and join the fight against the injustice, lies and oppression that plague our country and the world,” she said. “No matter who you are, what you look like, where you come from or who you love, your voice matters. We hope to shine a light in the darkness, to empower and inspire. Use your voice. Vote,” she said in a statement.

Evanescence previously released “Wasted on You” and “The Game Is Over,” off their forthcoming album, The Bitter Truth. They also shared a cover of Bananarama’s hit, “Cruel Summer,” in June.

Watch Evanescence’s video for “Use My Voice” below.