'Joyful' Track "Nerves of Steel" is latest off synth-pop duo's new album, 'The Neon,' out this month 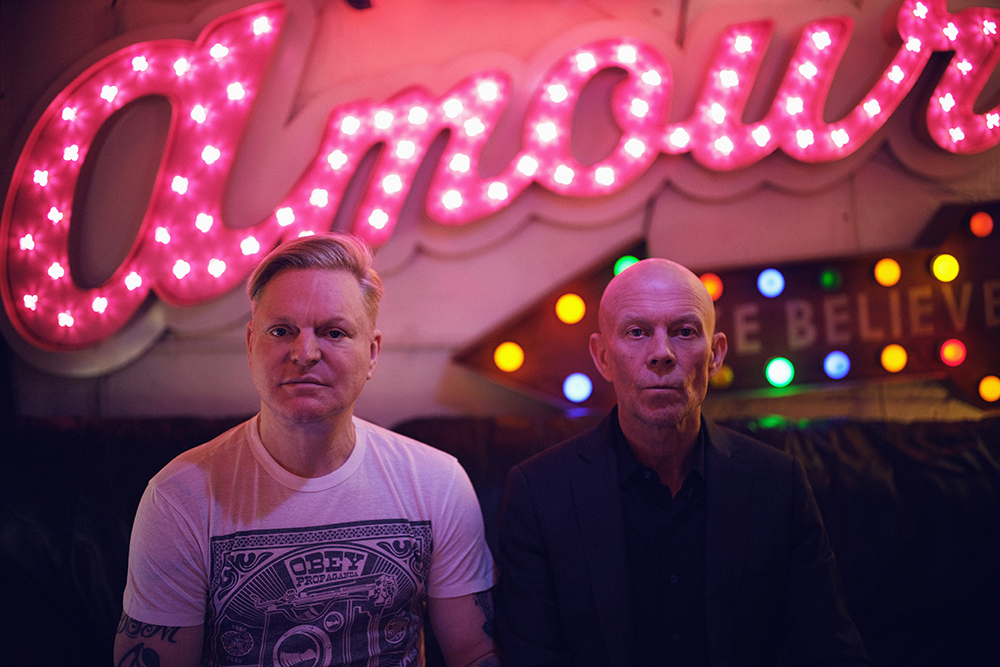 Erasure isn’t afraid to bring all the bold colors to their visuals. And their latest video for “Nerves of Steel” further proves that.

The synthpop duo enlisted 20 LGBTQIA+ stars — many of whom you’ve probably seen on RuPaul’s Drag Race — to star in the new clip.

“This is my favorite track from the album,” Erasure singer/songwriter Andy Bell said in a statement. “I am truly honored that all our LGBTQIA+ friends were so creative during lockdown and helped us with this joyful video. Thanks for creating such a lovely piece of art!”

“’Nerves of Steel’ evokes the butterfly feelings I remember when first falling in love and nothing else in the world mattered — pure excitement and electricity!” Luzon, the runner-up in the third season of RuPaul’s Drag Race, said in a statement.

Meanwhile, Detox has always had Erasure on high rotation and said, “Erasure has been an integral part of my queer soundtrack from early on and it was a tremendous honor to be included in their new work!”

Erasure previously released “Hey Now (Think I Got a Feeling)” and “Shot a Satellite.”

Watch Erasure’s new video for “Nerves of Steel” below.

The Neon releases on Aug. 21 via Mute Records. Preorder the album here.