For Ellie Goulding, Brightest Blue was a chance for her to go back to what she loved about making music: songwriting. Sure, she appreciates the nuances of writing a big pop song like “On My Mind” or “Around U” from 2015’s Delirium, but the UK singer was intent on making them her way. That included returning to the piano.

With Brightest Blue, which was released in July, the album is divided into two parts: The first 13 tracks are what comprise the album and meditate on her insecurities, while the second, EG.0, showed Goulding taking on an alter-ego, with pop-tinged dance bangers featuring Lauv, Swae Lee and the late JUICE WRLD. For this ambitious collection, Goulding, 33, sought the help of collaborators including Tobias Jesso Jr., Starsmith, ILYA, serpentwithfeet, Patrick Wimberly (of Chairlift) and Jim Eliot, too.

Due to COVID-19, Goulding’s plans around the release of Brightest Blue have changed. First, the release date, and now — like most musicians — tour.  Goulding, however, found a way around it.

On Aug. 26, Goulding will perform via a pre-recorded show that will be livestreamed from London’s V & A (Victoria & Albert Museum) with an ensemble of live musicians, including special guests Diplo and blackbear. For the first time, fans will get to experience the songs from Goulding’s fourth studio album in addition to fan favorites from years past. You can grab tickets here. 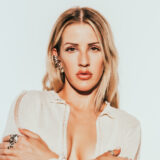 Ahead of the show, Goulding spoke to SPIN about working with the late Juice WRLD, her complicated relationship with Delirium and what fans can expect from the livestream performance. 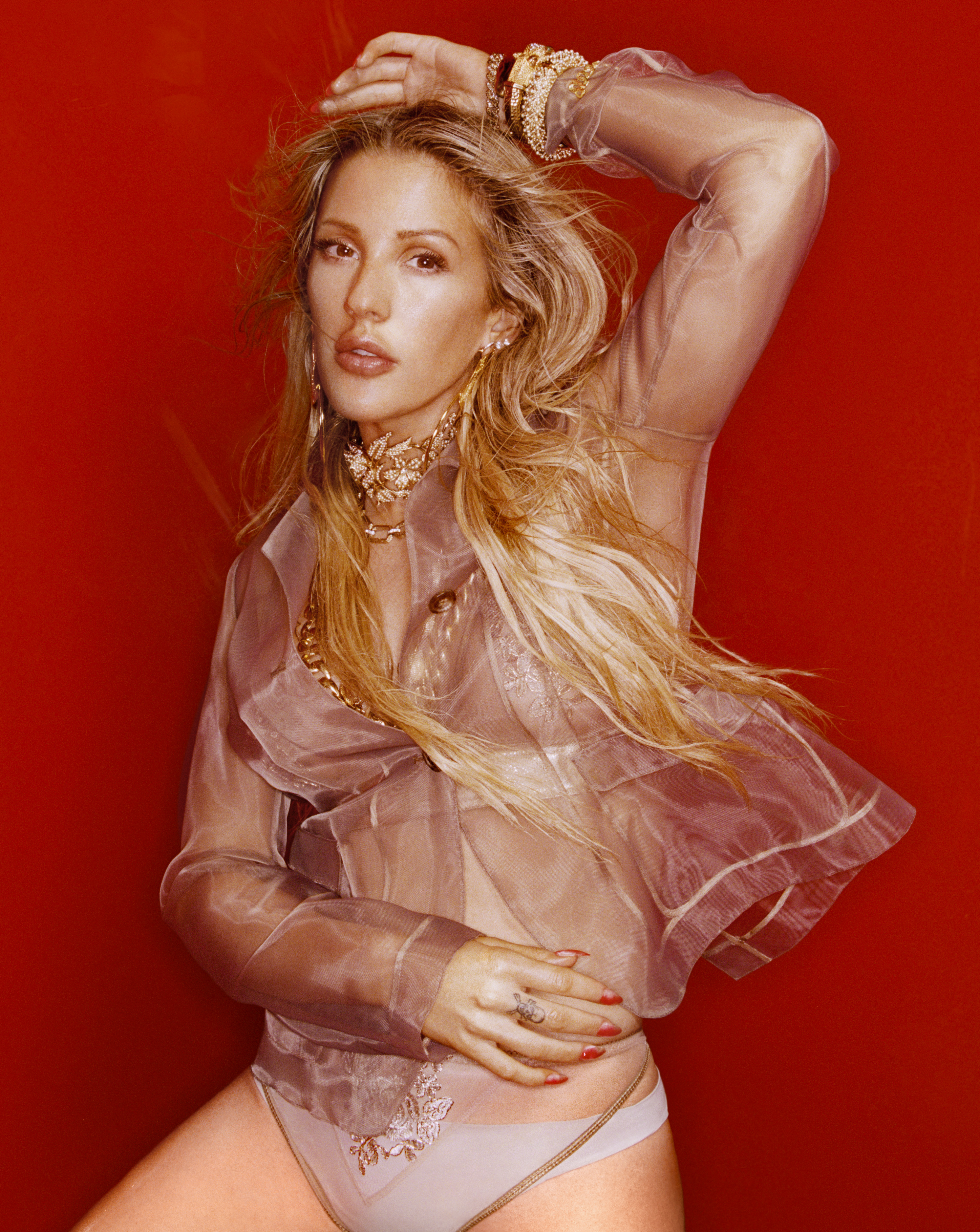 SPIN: How was your new record Brightest Blue affected by the pandemic? How did you have to pivot your plans?
Ellie Goulding: The biggest thing for me has been the interaction with it, not being able to really breathe life into the music because I’m unable to perform songs live. I think my strength is performing live, and I’ve been unable to do that for so many reasons. I think the music speaks entirely for itself. There’s no gimmicks, there’s no theater, there’s nothing to push it in an unnatural way.

Obviously live music has been largely put on hold, and you’re adapting by hosting a livestream. How has it been for you to adapt to livestreaming when your music has really been catered to the live experience?
Well, I’m kind of about to find out. I think it’s been different for all of us, and it’s been slightly more of a challenge to have ultimate engagement and interaction. It’s been a time for innovation and for change, and we’ve had to embrace it. It’s not going to be the same as a live show: I’m not going to pretend it’s going to be the same magic. If I was watching my favorite artist perform, I’d just want it to be interesting and special and unique, and I’d want great detail. I’d want the quality to be good. I want everything to be really thought out. You’ve got to pay for a ticket, so the quality has got to be there, and you can’t be lazy with it. For me, I think it’s important that I do something different, and I make it as much of an enjoyable experience as I possibly can for people watching on their computers and iPads.

One of the artists you worked with on Brightest Blue was the late rapper Juice WRLD. What was your experience working with him?
I’m not going to lie and say we spent a whole bunch of time together. We didn’t. I just knew that as soon as I heard him on the radio, that I wanted to work with him. I thought he was captivating, and I don’t have that very often with artists I hear. I asked if he would be willing to do a song. He’d been working with Max Martin a bit, so I asked him what he was like. He was sweet, and he was young. So, I sang the song, and we sent it to him. [I thought], “Oh, he’s not going to like it. He’s going to think it’s lame.” And then he came back with this incredible verse, and I loved all the melodies. I loved everything he did. Then we obviously worked together on the video. Honestly, he was just a sweet person and really professional. I was in quite a bit of a shock when I heard that he’d passed away, to be honest. He was far too young. I don’t know the exact circumstances, all I know is that he had insane talent, and he had so much more to offer the world.

What do you want people to get out of your latest record? How do you want fans to kind of view your art now?
When I did Delirium, I wasn’t in the best place in my life, and I’m always happy to be open and honest about that. I thought that I was supposed to be someone that I wasn’t, and I was pushed in this direction. And so, I felt Delirium was just simply a good enough representation of who I am. And I feel like the artists that I look up to have had at least 10 albums at this point in their careers, and I want to be an artist that is around for a long time. I don’t want to be an artist that does a few albums and then like that’s it. This is something that I see as a lifelong thing. And so, for me, Delirium was a great pop record, full of great pop songs and songs that [could] be on the radio, but it felt like it was a whole album of songs that could have been sung by quite a lot of people. Now, they are truly great pop songs, and the people I work with are geniuses at writing those kinds of songs, but it just didn’t feel like me. And so, I couldn’t live with it after the tour. I toured those songs, and I had backup dancers, and I had lots of glitz and glam around the album, but I really just wanted to get back to my roots, which I thought was very important to me. I think that people can expect from now on that I will make music that I love. And if it means songs that are radio-friendly or streaming-friendly, then that’s a nice bonus. But I think people can expect from now on that my music will be exactly how I want it to be. And I’m lucky enough to be in a position where I’ve got that freedom.

On this album, how did you get back to your songwriting roots?
I think I just explored a lot more on piano, which I wasn’t necessarily doing before. I’d always naturally pick up the guitar to write. Using different chords out of my comfort zone and stuff, it would just take me into another place. I’ve evolved as a songwriter, and the same things don’t necessarily appeal to me as they used to. I also feel as though I didn’t want to do anything crazy complicated. I wanted to keep it simple, almost like a beginner’s guide to independence or to discovering oneself or discovering love for yourself. I realized that it is a fairly new phenomenon for a lot of us women. And so, in that sense, I never liked to over-complicate or over-intellectualize. I just wanted to speak my mind and also make it complement the music.

I’ve also read that you’re not ready to write about your own marriage. Why is it important for you to keep that part of your life out of your art right now?
There’s a sacredness to marriage. I’m not saying that I trivialize in songs, but sometimes I do embellish things and I do make things more of a story, because I think that we’re allowed to do that. As artists, you can tell half-truths. I don’t think I’ve ever written a song that’s all lies, but I’ve definitely taken other people’s experiences, and I’ve mixed them up with my own. I think that’s just the license I’ve had to create that kind of art. With marriage, it’s something that is all truth, no lies and no games, and it’s complete rationality. And I think my other songs come with quite a lot of chaos, a lot of heartbreak and a lot of trauma, whereas this is one thing that I don’t wish to touch on. That might change, but the first year of marriage…I feel like it’s been a blissful time, and I don’t have any intonation to start sort of over-analyzing it.

With the lack of touring, do you think we’ll see more single releases or a different structure to releases right now?
I think there will be, and I think there has to be. Musicians and artists have always been good at innovation [and have] always been good at changing with the times because that’s what we have to do. I think we’re realizing more and more that this isn’t just like a few months of change and then going back to normal. This is the new normal. We have to really seriously consider the future of live music. Right now, we’re all just trying to work together to figure out the best way of presenting music and just praying, hoping sometime it will be back to normal. I think we have to adapt, and we have to try and think of this as perhaps being slightly more long term than we think it is.