Duckwrth Is Ready for the World to Feel SuperGood Again

"If you're in the dark cave and you shine a light, that light becomes the focal point" 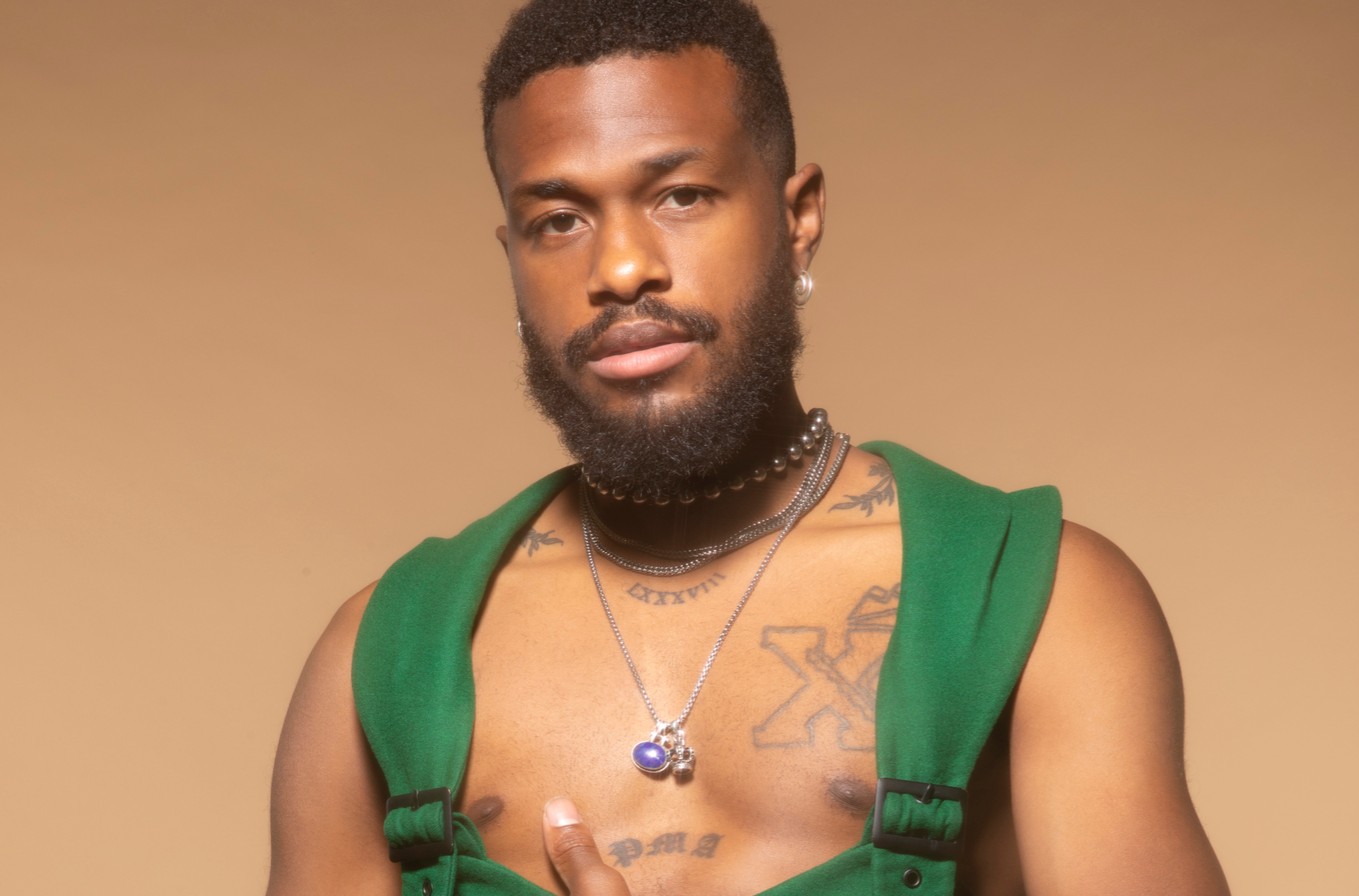 For the last seven years, L.A. rapper-songwriter Duckwrth had the album title SuperGood in the back pocket of his overalls, saved for a rainy day. One problem: Life hadn’t quite given him that super-good feeling yet.

But 2020 almost did. At least in the beginning, when he hopped in the studio and recorded his entire new project in just a month. He finally felt he’d achieved his vision — that the world could mirror the joy he hoped for in his major-label debut.

Well, things change. Duckwrth’s record is arriving after a pandemic has halted everything in its path and as the fight for racial justice has taken priority over album release plans. But none of that meant he had to sacrifice SuperGood. He just had to tweak his mindset a bit.

“It’s like shining the light in the cave,” Duckwrth says of the LP’s timing. “If you’re in the dark cave and you shine a light, that light becomes the focal point. So I just wanted to bring a brighter tone that we really need. Like, truly, I didn’t know that this year was gonna look like this, but now that it’s happened, it’s just like, ‘Oh, OK, I see why things happen in timing that they happen. So I’m hoping that it does exactly that.”

Duckwrth is now four years removed from his elaborate breakthrough, I’M UUGLY, which he followed with the 2017 XTRA UUGLY Mixtape and 2019’s The Falling Man. He now says the only pressure he feels from SuperGood and its “debut” label is getting those “album numbers,” which he’s earned at this point. If you listen to groovy cuts like “Coming Closer” or “Find a Way,” it’s bound to happen for the 32-year-old artist.

“Everything I do, I always think of it as an album,” Duckwrth says. “Even if it’s an EP, it’s an album. It’s a cohesive project and it’s a story that’s been told.”

We caught up with Duckwrth just days before SuperGood’s release to talk inspiration from the Jacksons, going full-on CG with his latest videos and being a vessel for music of the past. The album hit streaming services on Aug. 21 via Republic Records.

SuperGood is coming. After the UUGLY records and The Falling Man, what makes this album time?

Shit, the universe? I don’t know. [With] The Falling Man, the concept was pretty much a person who never like learns how to love so they just fall to their demise. So I wanted to do album that was like “What happens if a person opens up and actually loves,” you know, or falls in love or whatever. Just like the heights you can reach from it. So I wanted to make an album kind of like a [juxtaposition] to The Falling Man.

Why did you hold onto this title since 2013? And what does this title mean to you?

It’s really all reflective of my life. Like I had the name “SuperGood” in 2013. But I just wasn’t going to make it. It wasn’t there. Things weren’t super good in my life. And I wrote this record in January, COVID wasn’t happening here. Police brutality is always happening, but now it is a larger activist issue. And that was happening. So I guess like 2020 first felt very hopeful.

What have you been listening to in the studio to prepare?

Well, not so much listening but more so visuals. We were watching mad Earth Wind & Fire and a lot of Michael. Or even like the Jacksons — not like Jackson 5, but when they were kind of going into the ’80s and they did songs like “Can You Feel It.”

I saw an Instagram story you were playing the music behind whatever you were watching, and there was no audio coming out of the TV. Is that the usual for you?

It’s synchronicity. I knew that like we were doing that type of BPM in a song, and I was like, “Cool” and put on some Missy [Elliott] and Timbaland videos on, and it said, “Boop” and synced together. I was sitting there like, “It’s on the right path.”

Let’s discuss visuals. In the “Find a Way” video, to make up for a lack of in Black characters in children’s programming, you went full CG and delivered on the character front. And the grooviness of “Coming Closer” is delightful. Would these have been possible without quarantine?

No, it definitely happened because of quarantine. Like, as far as the CG push, I wanted to make a CG video for sure. But it made it a priority, especially my team. We ain’t got other choices. So we went for a CG video all the way.

This album has been a vision for you for seven years, but you recorded it in just a month. Did it feel natural dishing it out?

2020 started going downhill very quickly. So it’s like, it’s been a hodgepodge of feelings. It’s been a lot of making the best of it and working with what you have. You can have too many people in production. So it’s been tricky, man. Because we’re had to be stripped down. You have to find innovative ways of making it happen. And it did remind me of when I was living in San Francisco creating when I was like 22 years old and didn’t have much of anything, so we had to just make it work.

You make these sonic hops from project to project, so people likely expect different things from you. Does this put any pressure on the whole “album” label?

To tell you the truth, the label called it an album. With everything I do, I always think of it as an album. Even if its an EP, it’s an album. It’s a cohesive project and it’s a story that’s been told. So I guess the only pressure that comes in is like hoping it does debut album numbers in 2020, whatever that may be.

What should we look for in terms of ongoing sounds and themes?

It’s Black music, in the sense of it being R&B, gospel, house music, Afrobeat, hip-hop. It’s classic, in essence — the shit that people fell in love with in the ’70s and ’80s and ’90s. The way we use the vintage synthesizers and how we did some of the bridges and changed the keys or how we stacked the vocals with choir effects. It’s definitely taking a lot of the different sounds and textures of the past and bringing it to modern day. But these are all the sounds I fell in love with, you know, and it’s like, it’s a new generation of humans. I just want to be that person, the catalyst. But I wanted to kind of stand in that middle point.

The vessel to bring this to a new generation.

Exactly, exactly, exactly. And then even with the record that comes after SuperGood, it’s probably going to be a step forward, you know, but as of this moment, I feel like that’s what I want to do. It’s funny because the symbol for the album is an infinity sign. It was like, the whole motion as you go into the past, you’ve got what you need, you come to the present, and then you create it for the future. Everything comes back around.

Let’s talk about new beginnings. For Falling Man, you shaved your head. And with this, I see you kind of playing around with hair dye and stuff like that. Do you feel as if when you come out for a new era, you need a new look? Is a new presentation mandatory?

That’s the fun part, reinventing myself like that, man. For me, I’m always looking at things as like a brand. Not from just a commercial standpoint, but you know, I went to graphic design school. We were kind of taught how to how to create a brand and so I think when you re-brand yourself, that’s like, “Oh, man” — I get to utilize some of the shit that I learned in college. Eventually I would like to definitely be able to brand artists and everything, but it was just cool to do it myself.

As you reinvent yourself for this one, how do you hope SuperGood resonates?

I think just finding that space for joy. Again, like I said before, finding the reason to celebrate — despite the whole world, it’s just a certain tone. I think I just want people to feel better, you know. So I’m hoping that this can be that audio medicine.