Rare tracks from Bowie's 1999 Paris concert come out next week 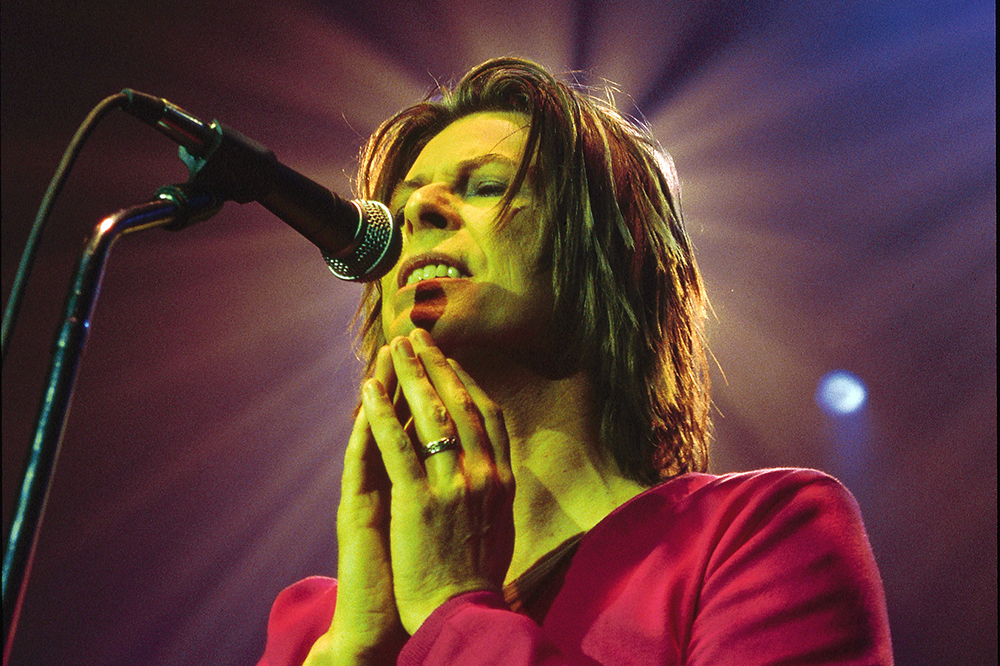 David Bowie’s archival drops will continue with the upcoming digital release of Something in the Air (Live Paris 99).

Recorded on Oct. 14, 1999 in Paris’ Elysée Montmartre, the new installment includes rarities like “Can’t Help Thinking About Me,” which he issued in 1966 but hadn’t performed in more than three decades. It also includes live renditions of Station to Station’s “Word on a Wing,” Aladdin Sane’s “Drive-In Saturday,” and the premiere live performance from Hours’”Something in the Air.”

Parlophone has announced the 3rd in a series of 3 digital live releases from the 90s. DAVID BOWIE SOMETHING IN THE AIR (LIVE PARIS 99) is available to stream from 14th August. DRIVE-IN SATURDAY available 7th August: https://t.co/3UnDIjPHjd Read PR here: https://t.co/cxEUzOlEus pic.twitter.com/qvEfAHaYKh

Although three of the tracks appeared as Hours B-sides, the remaining 12 are previously unreleased.

This live album follows the archival releases of LiveandWell.com in May and Ouvrez Le Chien (Live Dallas 95) in June.

Something in the Air (Live Paris 99) will be available on streaming services on Aug. 15.

See the tracklisting for David Bowie’s Something in the Air (Live Paris 99) below.