Gift of Sacrifice, the second solo effort from Melvins leader Buzz Osborne, is technically a brand new album. But for its creator, it’s already obsolete.

“I’ve always joked that I can enjoy our records right up until the time they come out and then I’m done,” Osborne tells SPIN from Los Angeles. “I move on. I mastered that record in December of last year, and I’ve enjoyed it until now. It’s old news to me now.”

Fans expect such creative restlessness from the 56-year-old guitarist. Recording as Melvins, Osborne and drummer Dale Crover — joined by whomever else they’ve invited into the fold — have amassed hundreds of singles and dozens of albums, each release adding new sonic wrinkles to their heavy, punishing rock. So Osborne’s journey into the realm of the acoustic singer-songwriter on Sacrifice and its predecessor, 2014’s This Machine Kills Artists, feels less like a radical overhaul than another fascinating sidestep in his eclectic career.

Rather than simply churn out a Melvins Unplugged-type release, King Buzzo (as he’s credited on both Machine and Sacrifice) adapts his songwriting to this spare aesthetic: often lowering his voice to an affected croon and playing with a delicacy he might not allow himself otherwise. There are plenty of bulky riffs and dark lyrics (“A winged harpy/sitting in the house of death,” he growls on Sacrifice’s “Science in Modern America”), but on the whole, Osborne keeps the mood separate from that of his day job. 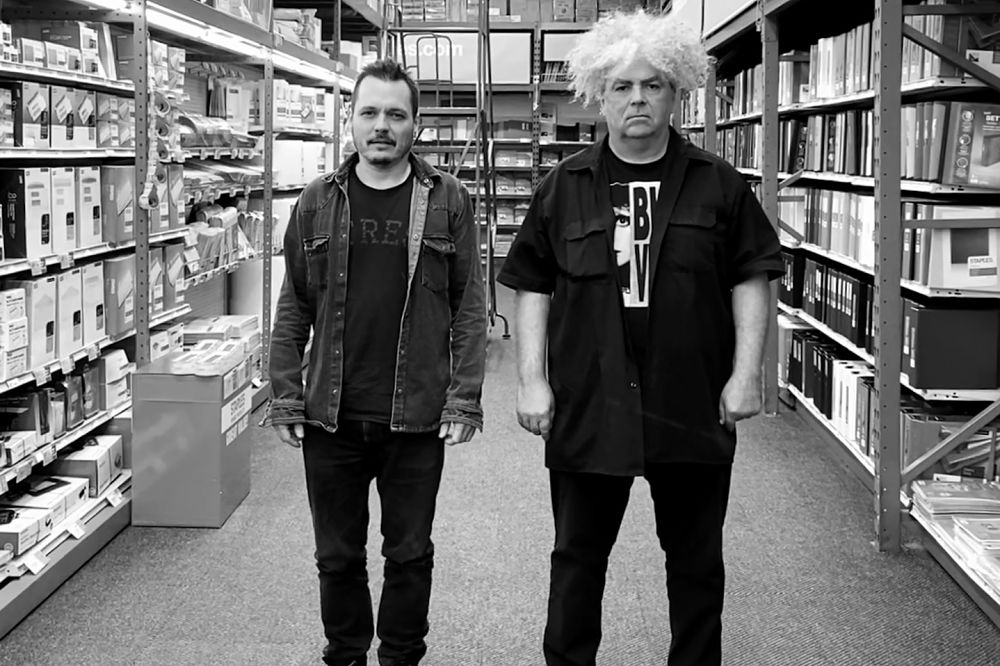 The addition of Trevor Dunn sets the record further apart. The 52-year-old bassist, who earns co-billing on Sacrifice, is no stranger to Osborne and Melvins: He’s toured with the band off and on since 2005, played upright bass with the “Melvins Lite” line-up (including the 2012 album Freak Puke), and performed alongside Osborne in the Mike Patton-led project Fantômas. On Sacrifice, his sawing and plucking cuts through each song, helping push Osborne’s more experimental moments — like the short psych blast of “Acoustic Junkie” and its stuttering counterpart “Junkie Jesus” — even further out.

As perfectly as Dunn fits into Sacrifice, most of his contributions were made after Osborne had almost completed the project. The pair planned to support the LP on tour, and they met in L.A. to record a 7” single to sell at these concerts. Dunn wound up tracking bass on a couple already finished Sacrifice tracks, and the collaboration organically grew from there. “I ended up playing on most of the album,” Dunn remembers, with a laugh, speaking from his home in New York City. “So basically it became a duo record after that.”

“The only instruction I gave him was to overplay,” Osborne says of Dunn’s additions to Sacrifice. “And I knew he wouldn’t overplay, but I knew if I gave him that instruction, it would give him the idea that he could do whatever he wanted. I would get an unrestricted version of what he thought was good.”

Osborne’s excitement about Sacrifice is only matched by his frustration that they can’t tour behind it right now—and likely won’t be able to for some time. (For the first 15 minutes of our conversation, he focused on how the pandemic has upended the arts world.) But he’s also quick to acknowledge his privileged career position, knowing that when he can safely play a live show—either on his own or with Melvins—his loyal fan base will hungrily gobble up tickets. And he’d never take for granted his standing in the world of underground music.

“What we do as artists is try to provide the people of the world with something they don’t get in their normal lives,” Osborne says. “That’s my whole entire existence. That’s what I do. And I charge into that with way more enthusiasm and way more gusto than I would for a 40-hour-a-week job.”