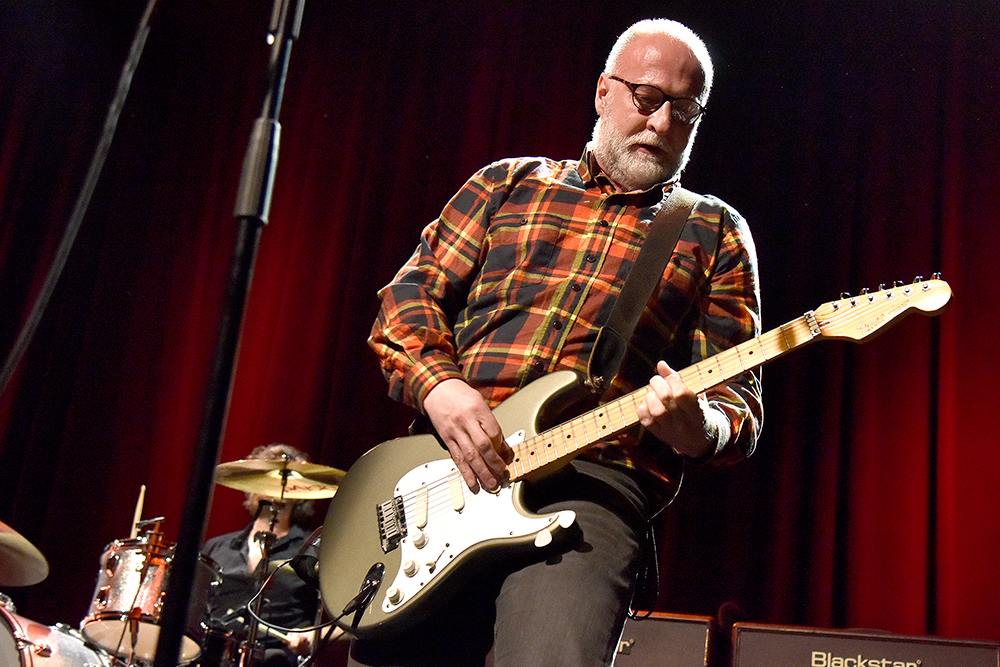 “It’s called Distortion because it describes the music and it fits the world we live in,” Mould said in a statement. “In this new age, everybody shares their life in real time. But I’m not done yet. If I didn’t have a constantly active career, this anthology might feel like the proverbial dirt landing on top of my coffin — though somehow I seem to be able to crawl my way out of the dirt every time!”

The box set also contains the previously unreleased instrumental “Dog On Fire,” the home demo version of the Mould-penned theme song for The Daily Show with Trevor Noah.

With today’s announcement also comes audio and video of Mould performing Hüsker Dü‘s ‘Could You Be the One?” recorded at  Washington D.C.‘s 9:30 Club in October 2005.

Watch a trailer for the collection below.