"We all have to vote like our lives and the world depend on it because they do..." 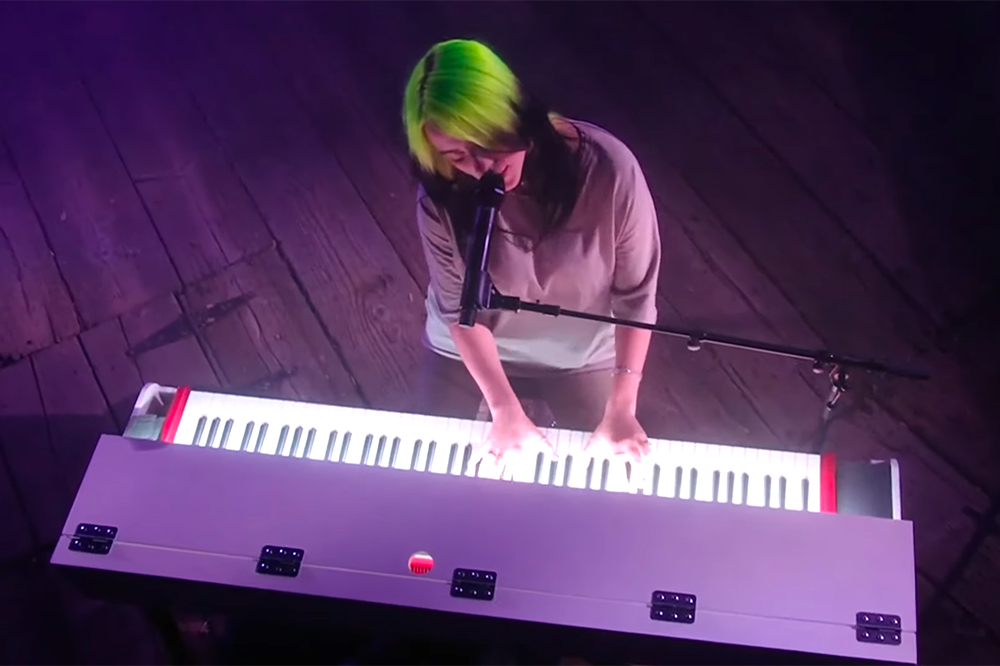 After dropping her new song, “My Future,” last month, Billie Eilish debuted the track on the third night (Aug. 19) of the 2020 Democratic National Convention.

Before starting her performance, she not only shared her thoughts about the importance of voting but also what’s at stake.

“You don’t need me to tell you that things are a mess. Donald Trump is destroying our country and everything we care about. We need leaders who will solve problems like climate change and COVID[-19], not deny them. Leaders who will fight against systemic racism and inequality and that starts by voting for someone who understands how much is at stake. Someone who’s building a team that shares our values. It starts with voting against Donald Trump and for Joe Biden. Silence is not an option, and we cannot sit this one out. We all have to vote like our lives and the world depend on it because they do. The only way to be certain about the future is to make it ourselves. Please register. Please vote.”

Following her monologue, Eilish takes her place at an electric piano. With purple lights as the backdrop, Eilish performs solo. But once the beat drops, she gets up to sing the rest of the song at centerstage. Meanwhile, you see her big brother and collaborator Finneas with a guitar in hand, playing and dancing along to the track. Then towards the end of the song, he takes a seat at the piano and to bring the slow jazzy vibe to end the track.

Eilish has never been afraid to speak her mind. During her tour 2020 world tour opener in March, she tackled body shaming and later released a short film to spread the message to those who weren’t able to see it. And during the protests following the killing of George Floyd, she spoke out about white privilege and Rayshard Brooks’s death.

Watch Billie Eilish’s performance of “My Future” at the 2020 Democratic National Convention.