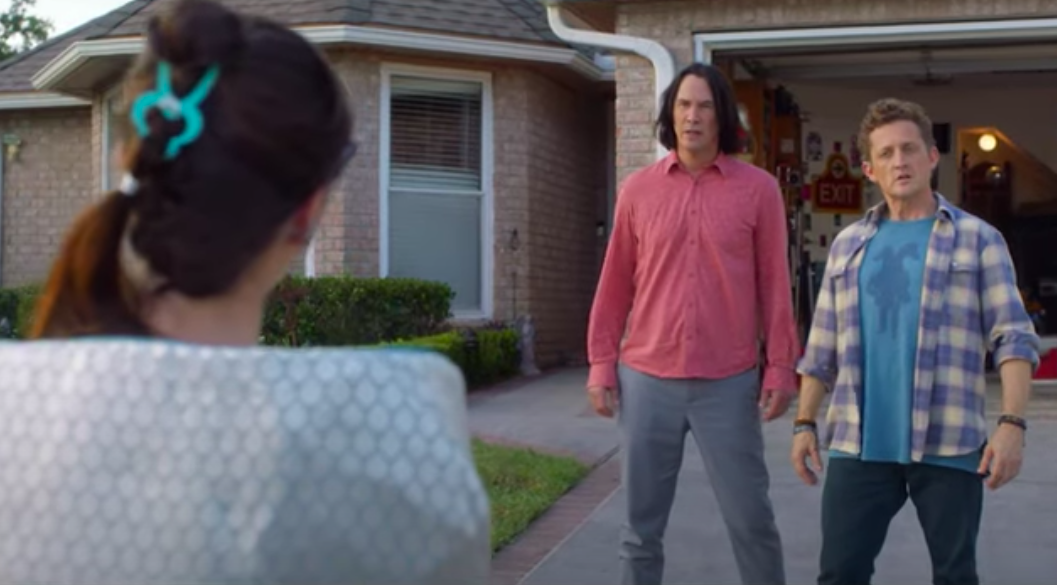 Bill & Ted Face the Music is out in 10 days and to build anticipation for the latest film in the franchise, another teaser trailer has been shared.

Bill (Alex Winter) and Ted (Keanu Reeves) are introduced to Rufus’ daughter, Kelly, played by Kristen Schaal. Obviously, Rufus wasn’t going to be in this since George Carlin died in 2008.

“I’ve been waiting to meet you my whole life,” Schaal tells the duo outside of a San Dimas home as the duo’s daughters look on. Also, their customary time-traveling phone booth seems to be replaced by some kind of bogus egg-looking device.

In recent weeks, a teaser and a proper trailer for the film were released, along with a special behind-the-scenes clip that delves into Keanu Reeves and Alex Winter’s chemistry on set.

Last week, it was announced that Mastodon, FIDLAR, Cold War Kids, Lamb of God and Weezer among many more would feature on the film’s upcoming soundtrack.

Check out the latest trailer below. Bill & Ted Face the Music, the third movie in the franchise and first since 1991, is out on Aug. 28.