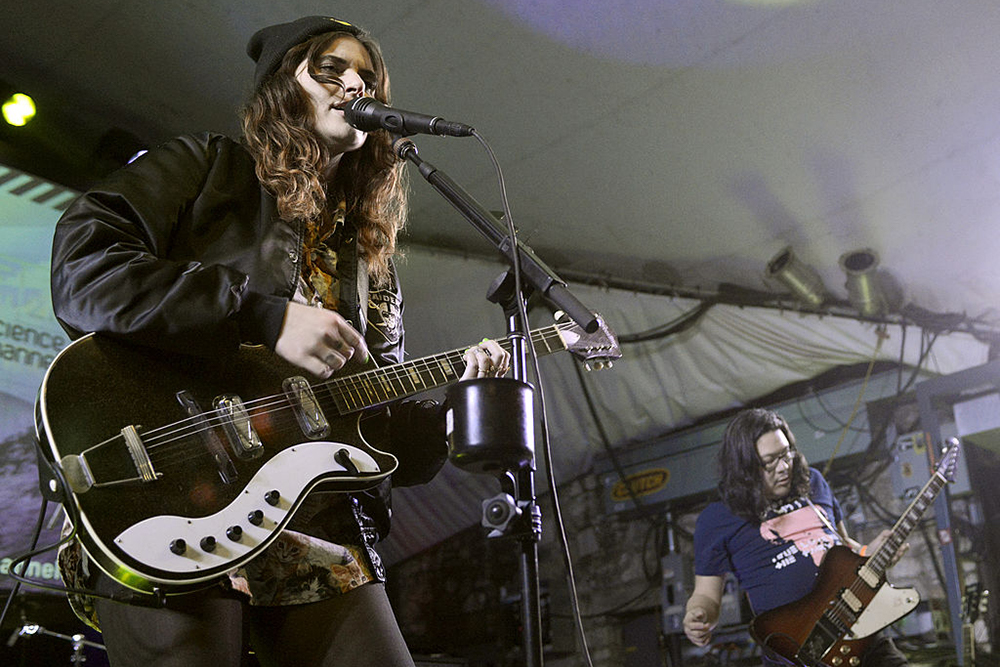 Best Coast has shared a new 2020 version of their hit single, “Boyfriend.”

As part of the Bandcamp Friday, Best Coast re-recorded and changed the pronouns on the 10-year-old track to make it more inclusive.

“In the decade since writing this song,” Bethany Cosentino said about the song in a statement. “I have had a lot of time to reflect on not only that obsession, but the way in which I have at times, glorified obsessive and toxic romantic relationships in my songwriting. This song in particular started to feel problematic to me around the time I really started working on myself at age 30. I would listen back to my lyrics and think about how much I was neglecting myself and how I made this guy the protagonist of my own life and story.”

She continued, “Somewhere down the line, I started noticing that this song, in particular, seemed to be a bit of an anthem for the LGBTQ+ community. I would get tagged in social media posts of guys proposing to their boyfriends with the song in the background, I would get countless messages from Queer fans about how they put this song on a playlist for their crush and then their crush became their partner, I met lesbian and gay couples at shows who told me they had their first kiss to this song. Suddenly I realized that it had a whole new meaning than the one it did when I first wrote it. That is one of the most special parts of art – what the artist creates can be interpreted in so many different ways by the people who experience it – and the experience of this song through the eyes of the LGBTQ+ community of Best Coast fans, is truly the way I want it to be experienced.”

“Boyfriend” is part of Bandcamp Friday and is only available today (Aug. 7). All proceeds from sales will be donated to The Trevor Project. You can purchase the song here.

“The core of Best Coast songs have always been about struggling with your identity while trying to keep your head above water,” Cosentino said, “so I deeply care about any organization that focuses on mental health awareness.”

See the cover art and listen to Best Coast’s new version of “Boyfriend” below.

Aside from the new version of “Boyfriend,” Best Coast is celebrating the 10-year anniversary of their debut LP, Crazy For You with a special show on Aug. 14. Hayley Williams, Mark Hoppus of Blink-182, Lauren Mayberry of CHVRCHES, and many more are set to stop by the livestream, and there will also be archival footage from 2010-2011 and interviews with Bethany and Bobb that will be presented. And 30 fans will have the chance to do an intimate meet-and-greet with Best Coast.

Find out more info on this show and how to get tickets here. And all tips from the event will be donated to The Loveland Foundation.