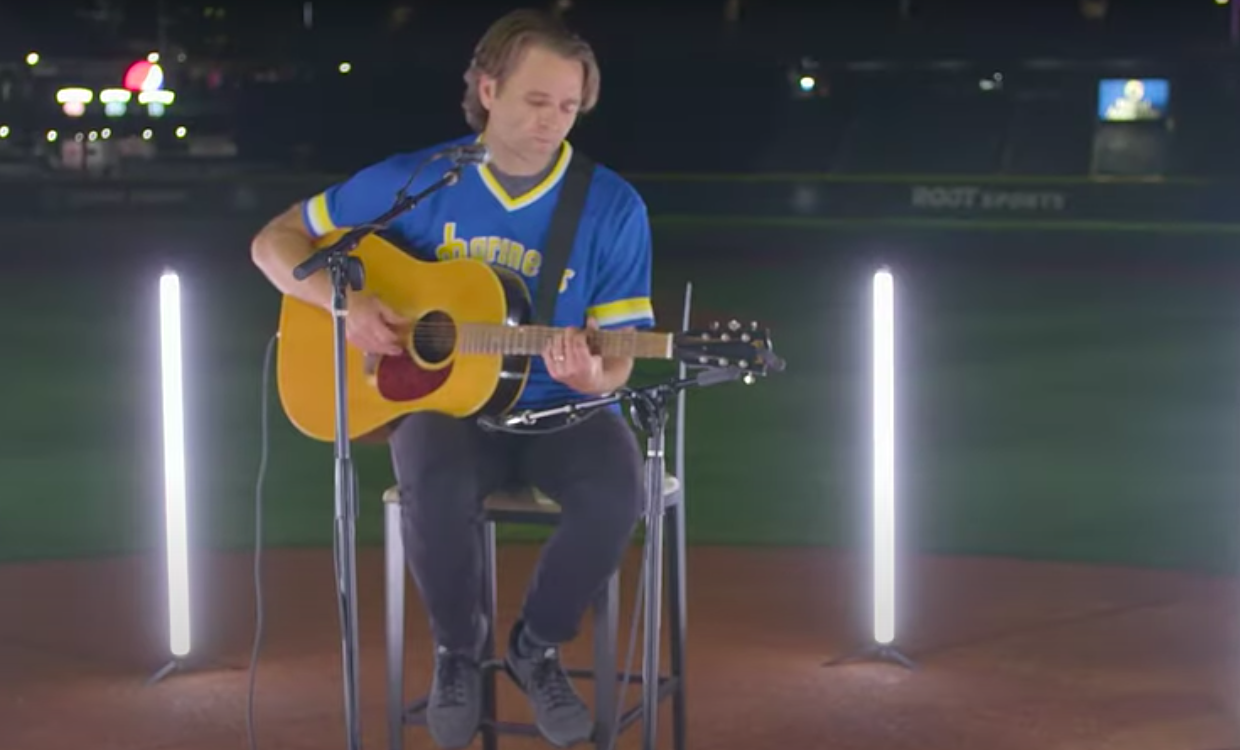 If you know anything about Death Cab for Cutie’s Ben Gibbard beyond his music, you know that he’s a diehard Seattle Mariners fan. If you don’t, then have a look at how he thinks the team will do this season in our 2020 MLB preview.

What does that have to do with anything? Well, Gibbard participated in the team’s 2020 virtual Opening Day ceremony because, you know, fans can’t go to games (or really anywhere) this year.

As part of the event, Gibbard tackled John Fogerty’s baseball standard, “Centerfield,” by home plate, which you can see below. Unlike the boisterous original, Gibbard’s version on acoustic guitar and in a much more subdued fashion. The singer, sporting a Mariners jersey, also tweaked the words to reflect his baseball fandom.

At the beginning of quarantine, Gibbard dazzled audiences with daily livestreams before winding them down. We caught up with the singer earlier this year to reminisce about the 20th anniversary of Death Cab’s We Have the Facts and We’re Voting Yes.