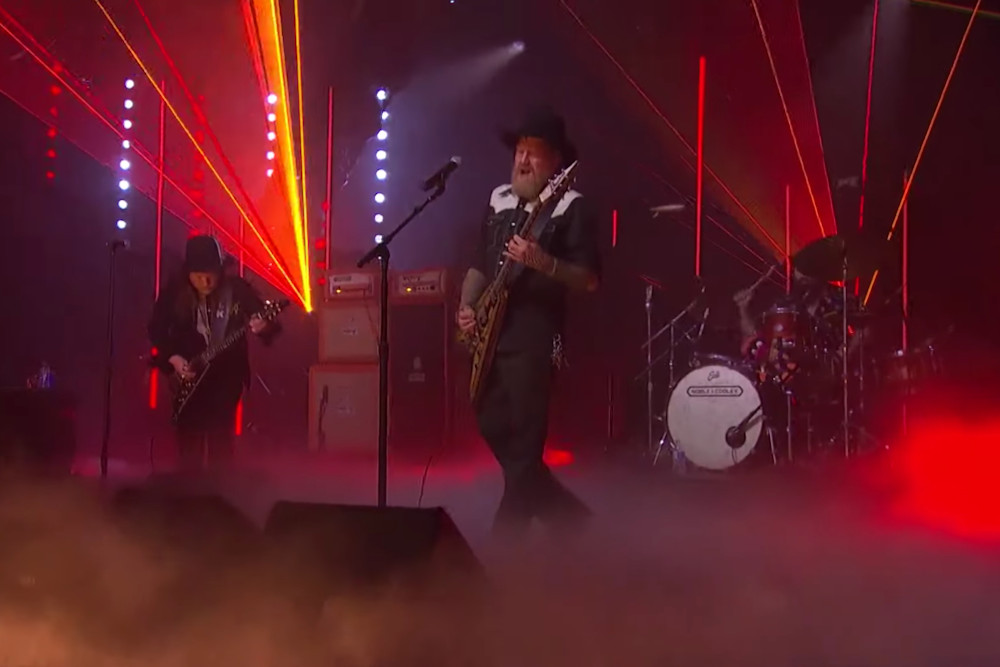 The show was the third installment of King’s “Four of a Kind” live stand supporting MusiCares, the Recording Academy’s nonprofit organization helping musicians during times of crisis. Spotify’s COVID-19 Music Relief project is matching donations up to a collective total of $10 million. As Jambase reports, King will close out the series with a tribute to The Band’s The Last Waltz.

In May, Mastodon guitarist Bill Kelliher noted that the band has “20 rough songs” recorded for their upcoming eighth LP, which follows 2017’s Emperor of Sand. They’re also contributing a song to the upcoming Bill & Ted sequel.

Drummer Brann Dailor recently detailed the prog-metal band’s progress on the album, which is shaping up to be eclectic. “There’s some super progginess coming from [Hinds], and some really super pretty moments. But there’s some rockers in there, too,” he told Metal Hammer of the record, which is tentatively due out in 2021. “There’s some heavy, fast stuff as well. But a lot of it is kind of doomy. But that’s where we’re at!”