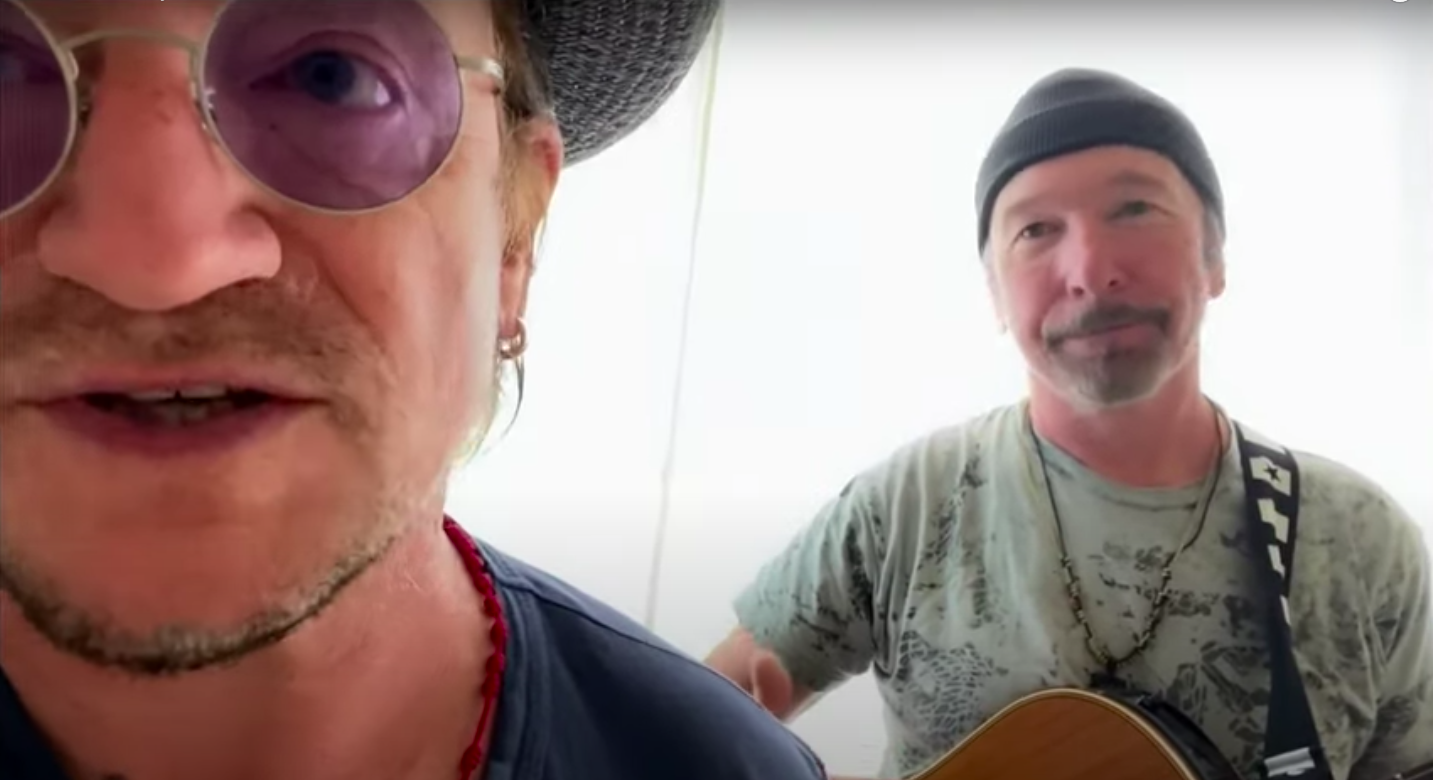 On Sunday, St. Vincent shared a video of herself “fumbling through” a cover of Led Zeppelin’s “Stairway to Heaven.” But she wasn’t the only one inspired to tackle the 1971 rock classic.

U2’s Bono and the Edge also posted a video cover of “Stairway,” a song they’ve played four times on tour, to salute their road crew.

“There’s one annoying aspect of an Irish crew that has to be said,” Bono says in the clip. “Wherever you go in the world, whatever venue you’re playing — whether it’s the Olympia or 3 Arena or Madison Square Garden — you walk into the venue and it’s a big moment, and you’ll hear a song that we said, ‘We’ll never, ever play this.’ And that’s right, ‘Stairway To Heaven.’ These professionals believe they play this better than the band. And you know, it might be true.”

U2 has kept a low profile since 2018’s Songs of Experience. Bono turned 60 earlier this year and shared a playlist to coincide with the big day. Also, he released a new song from quarantine in honor of Italians who were going through a rough time due to the COVID-19 pandemic.

Watch Bono and the Edge perform “Stairway to Heaven” below.