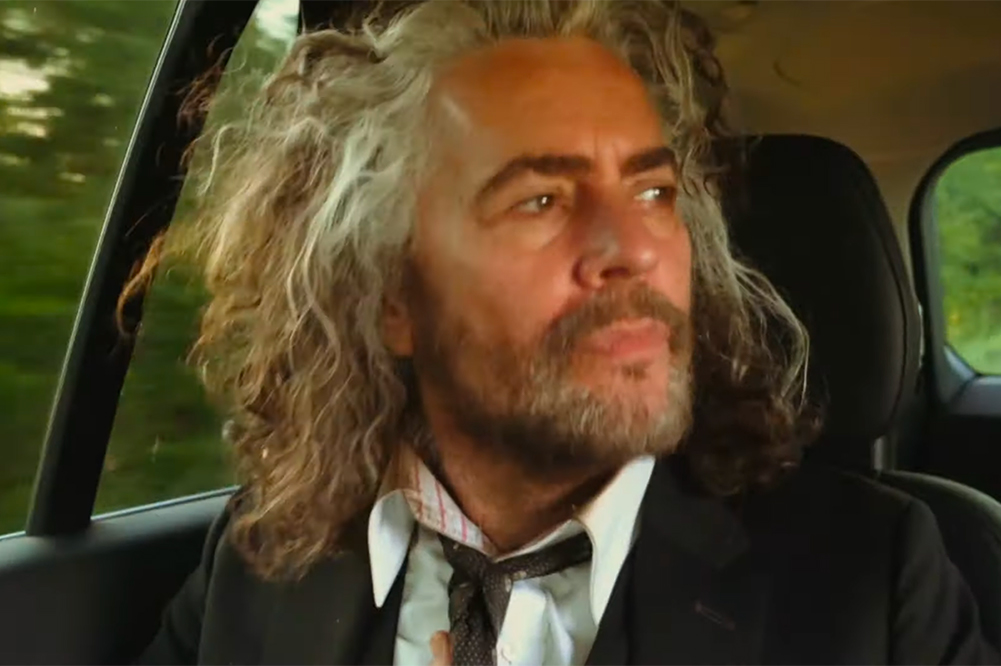 Even though we’re being encouraged not to be so close to each other these days due to the pandemic, the Flaming Lips’ latest video for “You N’ Me Selling Weed” completely breaks that idea of personal space.

Filmed during quarantine in Oklahoma, the video shows singer Wayne Coyne in the backseat of a car. But the camera really gets in there, and most of the video features clear and blurry shots of Coyne’s face.

The song delves into the lives of a couple where one is a drug dealer and the other works in a slaughterhouse. Despite their rough situation, there’s a glimmer of hope when Coyne sings, “We’re the king and queen / Dope dealing celebrities in our dreams / Dreaming that one day we’ll get out of this scene / To the magic trees.”

“You N’ Me Sellin’ Weed” is the latest single off the Lips’ upcoming 21st LP, American Head. They have previously released “Dinosaurs on the Mountain,” “Flowers of Neptune 6” and “My Religion Is You.”

Watch The Flaming Lips’ “You N’ Me Sellin’ Weed” video below.

American Head is out on Sept. 11 via Warner Records. Preorder your copy here.