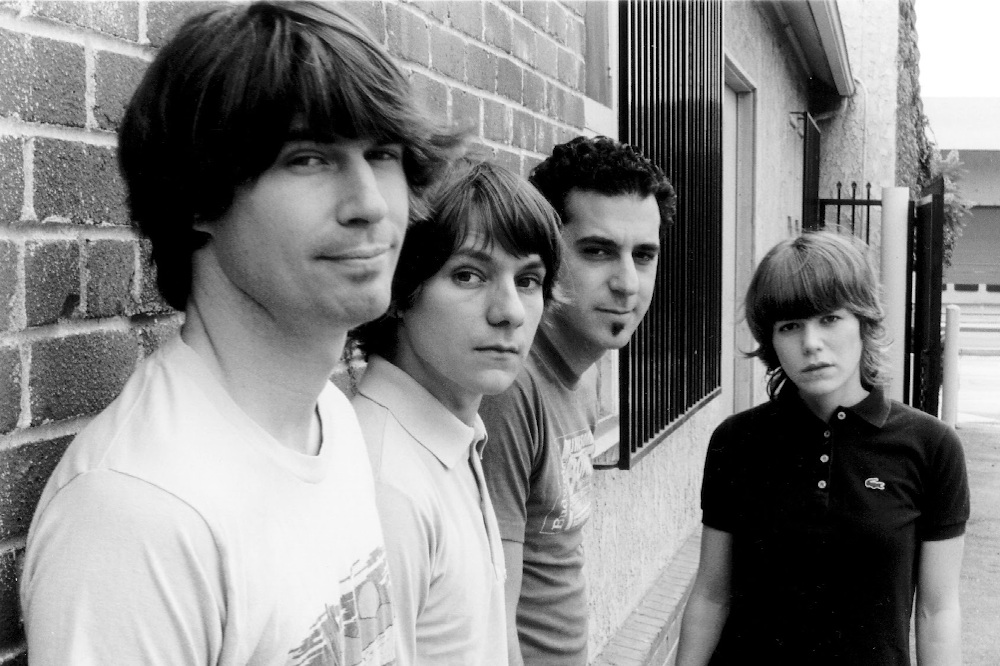 The album’s backstory begins at Rilo Kiley’s very first show: January 1998 at now-closed Los Angeles venue Spaceland, where comedian Dave Foley happened to be in attendance. He was so impressed by the quartet — Jenny Lewis, Blake Sennett, Pierre de Reeder, and Dave Rock – that he introduced himself after the gig and funded an early demo session.

“They were good, so good that I stopped fighting for the attention of the bartender and turned to see who it was,” Foley said in a statement of the gig. “Between songs they were charming, smart and funny. During songs they were brilliant. After the set I introduced myself and learned that this was their first public performance. I was astonished. They invited me back to their rehearsal space for Thai food and to hear some songs they didn’t have room for in the set. Dreamily, I filled my belly with noodles and my head with one great song after another. I was in a full on, pop music fan swoon. Having decided to force myself into their lives, I suggested (insisted) that I should fund a demo recording. They relented.”

Some of that material wound up on Rilo Kiley, which they released prior to signing with Barsuk Records. The band, later joined by new drummer Jason Boesel, issued four more albums — 2001’s Take Offs and Landings, 2002’s The Execution of All Things, 2004’s More Adventurous, and 2007’s Under the Blacklight — before their breakup several years later.