Watch their first performance in 24 years below 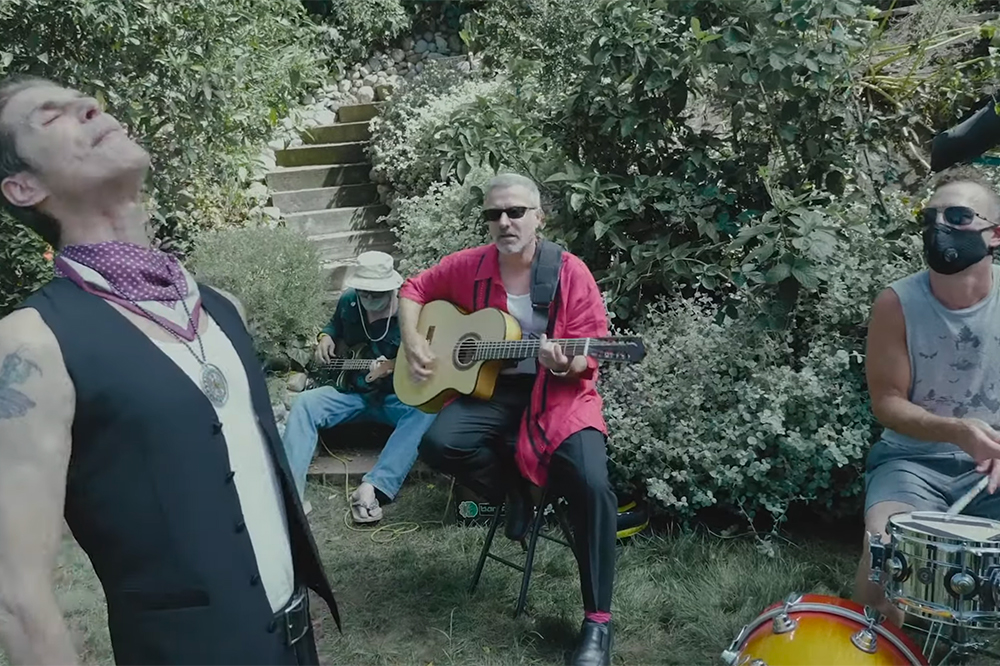 The set took place in a Southern California backyard and was performed acoustically. They played their hit, “Pets” off their self-titled 1993 debut as well as “Kimberly Austin,” a deep cut from the 1997 sophomore LP Good God’s Urge. Despite the lack of a mic and the potential need of increasing the volume a little to hear Farrell’s vocals come through at full force, it was a solid set and makes you forget its been years since they all played live together.

Prior to the performance, Farrell and his wife, Etty, sat down with former 120 Minutes host Matt Pinfield to talk about Farrell’s career.

Lolla2020 is going to be playing all weekend and will be featuring throwback performances as some new live sets from H.E.R., Kali Uchis, Vic Mensa, The Neighbourhood, Tank and the Bangas, Kaskade, Yungblud, ZHU, Pink Sweat$, Alison Wonderland, and more. Farrell will also lead a David Bowie tribute with pianist Mike Garson, join Foo Fighters’ Taylor Hawkins for a performance with Kind Heaven Orchestra and host conversations with performers like Metallica drummer Lars Ulrich, Chuck D and Pinfield.