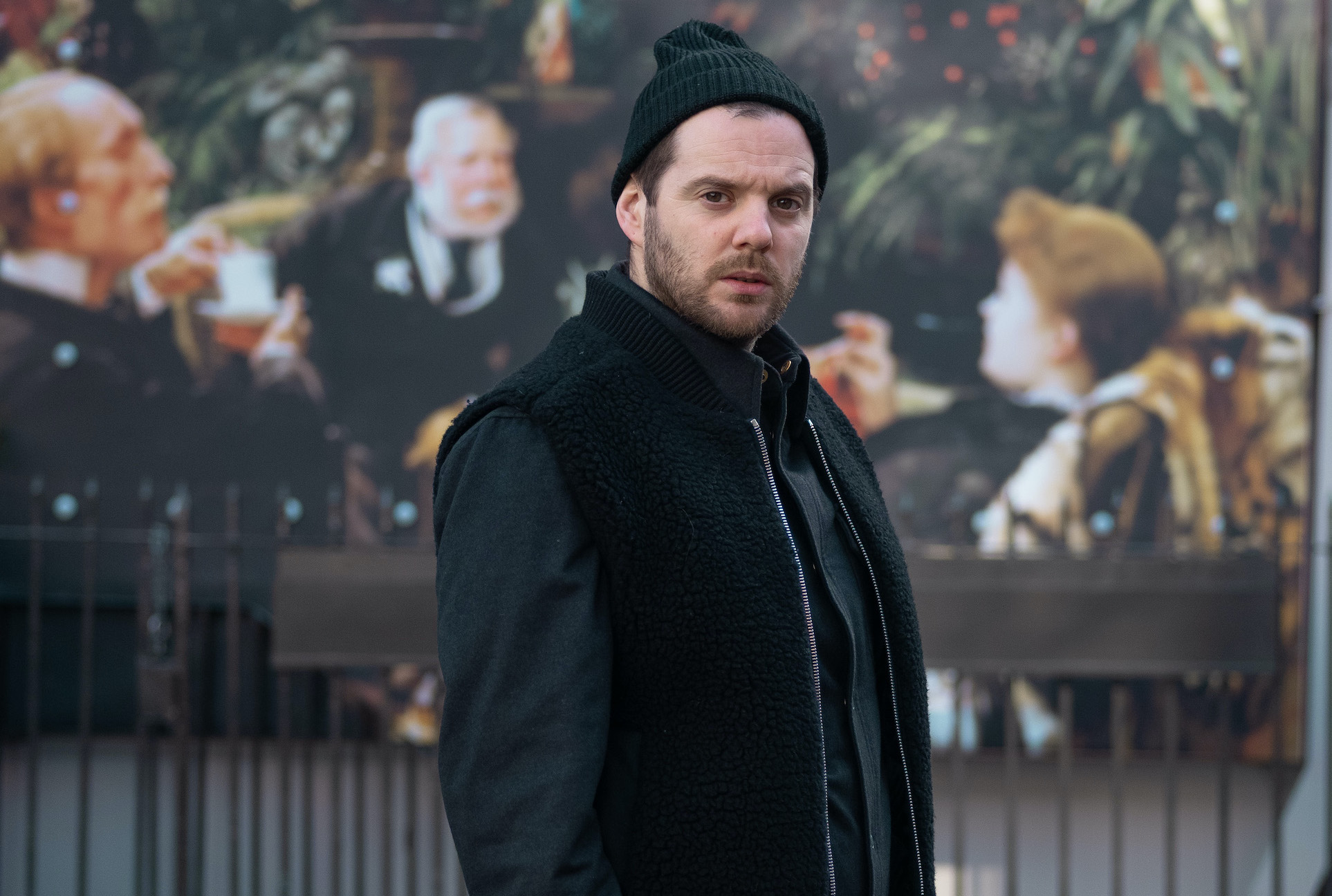 Mike Skinner fades in and out of focus as he shifts around against a green screen of brightly colored pills and capsules at his London flat. As the central force behind the Streets—last heard of in 2012 with the dismaying album, Computers and Blues—this choice of backdrop is more in keeping with Skinner circa 2002 and his seismic, Mercury Prize-nominated debut, Original Pirate Material. On that album, drugs, clubs, video games and take-out were the bulk of Skinner’s conversational observations. In his mid-20s at that point, his humorous tales were relatable, no matter where you spent your formative years. His garage-based productions on Original Pirate Material are refreshingly and deceivingly simple. Using the trendy sounds of the UK’s underground scene of the late ‘90s/early 2000s, Skinner stitched together its bouncing basslines and ragga beats with horn blasts and sneaky keyboards into a multi-genre palette.

Follow-up albums popped up every two years or so, with diminishing returns as Skinner’s patter was becoming unrelatable, his productions less creative. In 2012, he retired the Streets and hopped behind the deck. For six years he ran a monthly club night in London called Tonga. Immersed in the UK hip hop, grime and bass scenes, Skinner alongside his Tonga partner, Murkage Dave, culled local talent, regularly bringing fresh voices and sounds into the event. As Tonga’s following grew, the party established residencies in Skinner’s hometown of Birmingham, Murkage Dave’s hometown of Manchester, plus Berlin and Copenhagen.

Skinner carried on making music, but without the fanfare that his releases were customarily receiving — until now. Skinner brought the Streets out of retirement with a mixtape, None Of Us Are Getting Out Of This Life Alive. The 12-song mixtape functions as a showcase of Skinner’s collaborators. Focusing on up and coming UK rappers, he features those who match him— sometimes surpassing him — in cleverness and honesty. For example, Ms Banks who annihilates with her no holds barred truth-telling on “You Can’t Afford Me,” Oscar #Worldpeace and the mic drop rhymes on “The Poison I Take Hoping You Will Suffer” and Kasien on the club ballad “Eskimo Ice,” the closest the mixtape gets to The Streets’ early relationship-driven songs. In contrast, Skinner also has unexpected collaborations with Tame Impala’s Kevin Parker and fellow Mercury Prize nominees, Idles.

The mixtape is a return to form for Skinner, who as a 41-year-old family man has stepped back into the position of everyman and is shrewdly scrutinous from that vantage point. His uncluttered production retains what was charming about his early work while confidently incorporating current styles. A couple of weeks out from his first drive-in tour of the UK, which includes a livestream date from Earth, a historic art deco venue in East London on Aug. 6, Skinner reflects on himself then and now with SPIN — in-between flicking up a never-ending barrage of messages off his phone screen.

SPIN: Why did you retire the Streets in 2012?
Mike Skinner: It was the right thing to do. I don’t think songwriting should be easy, but I didn’t feel like the songs were writing themselves anymore. I was trying to make them happen. What journalists said about me, ‘Oh, you’re really honest, we love that.’ I took that into the music and started to become brutally honest. At times it was quite uncomfortable. Crucially as well, my life became completely different to most people’s which happens to all musicians, particularly if you’re successful. The most difficult thing you have to learn to do is be honest but not cynical. You can’t second-guess your audience, at the same time, you can’t alienate them talking about things they don’t understand. I’m such a different person now. I’ve got so much more to give. I feel like I’m so much more ‘in the world’ now than I was 10 years ago, so much more grown-up and a real person.

You’re billing the collaboration-heavy None of Us Are Getting Out of This Life Alive as a mixtape and not an album. Why is that?
To come back after nine years and put out an album, that would have been insane. I had been doing a lot of collaborations. I wanted to say, ‘This is where I’m at now.’ The mixtape is like a bridge, a way of rounding out my life before coming back to the Streets. I do wonder whether the mixtape is actually better than ‘serious’ the Streets. It’s not overplanned. It was all these things coming together in a really natural way. And I wonder whether when I get to the Streets stuff, whether it will be a bit shit. There’s less pressure on this, that’s why we call it a mixtape. If it’s rubbish, we can say, ‘Well, it’s a mixtape.’

The present time has characteristics that didn’t exist at the time of your previous releases. Do you check your flow more now with concern about how what you’re saying might be perceived?
The thing that’s probably changed me the most and made me think the most is the gender stuff. #MeToo was a clear wake-up. “Fit But You Know It,” [from 2004’s A Grand Don’t Come For Free] was on the line then, it’s over the line now. But what I said in my songs 20 years ago, something that would be offensive now, I can’t let that rule my life. When it comes to the race stuff, that was my fight anyway. Black ownership, that’s my cause. What tends to happen when you get canceled is, you find a new audience, which is probably not good for your brand. Apart from that, Donald Trump has proven that you can only get canceled if you accept the cancellation.

At the start of your career, the challenge was being taken seriously, not only as a UK rapper but a white rapper. Is the challenge now about cultural appropriation?
When you’re a white person in Black music, you have a unique set of circumstances where it’s harder to gain respect. Once you’ve found your audience, whether you gain respect or not, your audience can be big. That’s happened to white people in Black music since Elvis. It would be stupid to not face that head-on. At the same time, you can’t let yourself be bullied. I’m a fan of the music, plus England is so small and not as divided as America down race lines, and I’ve been around long enough, so I know everyone, all the DJs and all the rappers.

There’s a big divide between U.K. hip hop and what happens Stateside. Does what you do have a place in American hip hop? Does that even matter anymore?
No, there isn’t a place. Roddy Rich, Polo G, we love that stuff. But U.K. rappers now, if you grew up in Birmingham, you’ve got Mist, Jaykae, Remtrex, Dapz on the Map, in Liverpool, there’s Aystar, in Manchester, there’s Aitch, Burstgang, Bugzy. It’s a straightforward aspiration to be one of those guys because you’ve seen them, you want to be them, you know what you need to do to. People like Stormzy, Skepta, they headline festivals in Europe. We’d like to be big everywhere, but France, Germany, Switzerland, those are the natural next countries to conquer. I don’t think anyone gives a thought about America. I also think they’ve given up.