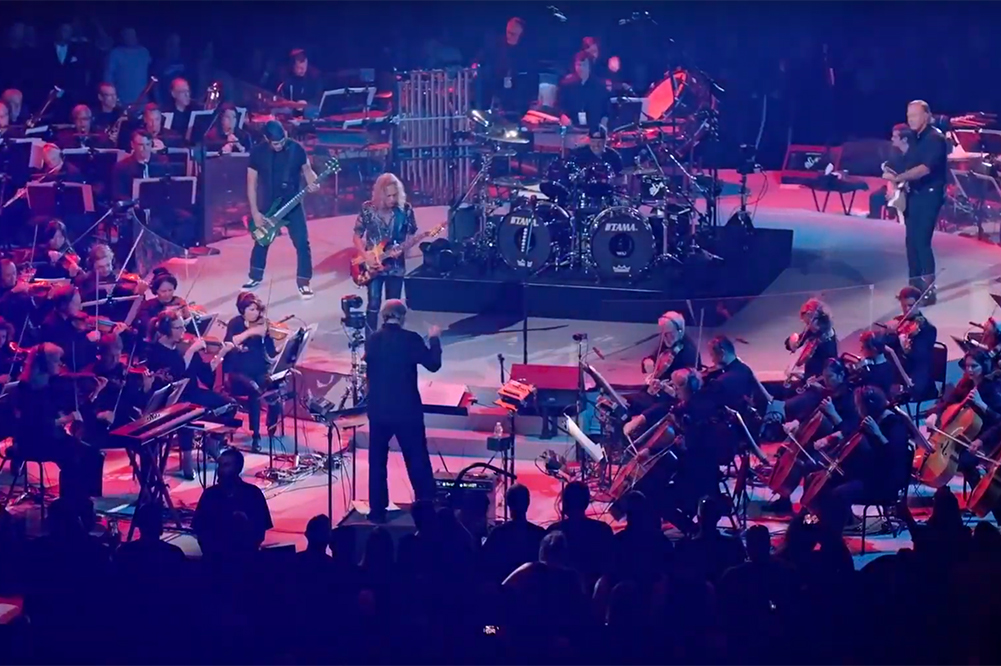 Metallica have released the trailer for S&M2, their epic performance with the San Francisco Symphony last year.

Commemorating the 20th anniversary of their record, S&M, the performance took place at the Chase Center in San Francisco on Sept. 6 and Sept. 8 last year. While the film hit theaters for a one night only showing on Oct. 9, 2019, fans can buy physical and digital versions of the show on Aug. 28. The music and concert film will be released on vinyl, CD and DVD sets or downloads, which you can preorder starting today.

The live album was produced by Greg Fidelman with James Hetfield and Lars Ulrich.

“In order for great art to be made, sometimes it has to be on the brink of chaos,” Outwater said in the trailer. “And they’re willing to go there.”

Aside from the trailer, Metallica also shared two of their collaborative performances with the San Francisco Symphony — “All Within My Hands,” off 2003’s St. Anger and “Nothing Else Matters, off their self-titled 1991 LP.

Watch the Metallica and the San Francisco Symphony’s performance of “Nothing Else Matters” below.