Laura Marling Goes Back to Acoustic Basics in ‘Fortune’ Video

Her latest album, 'Song For Our Daughter,' was released in April 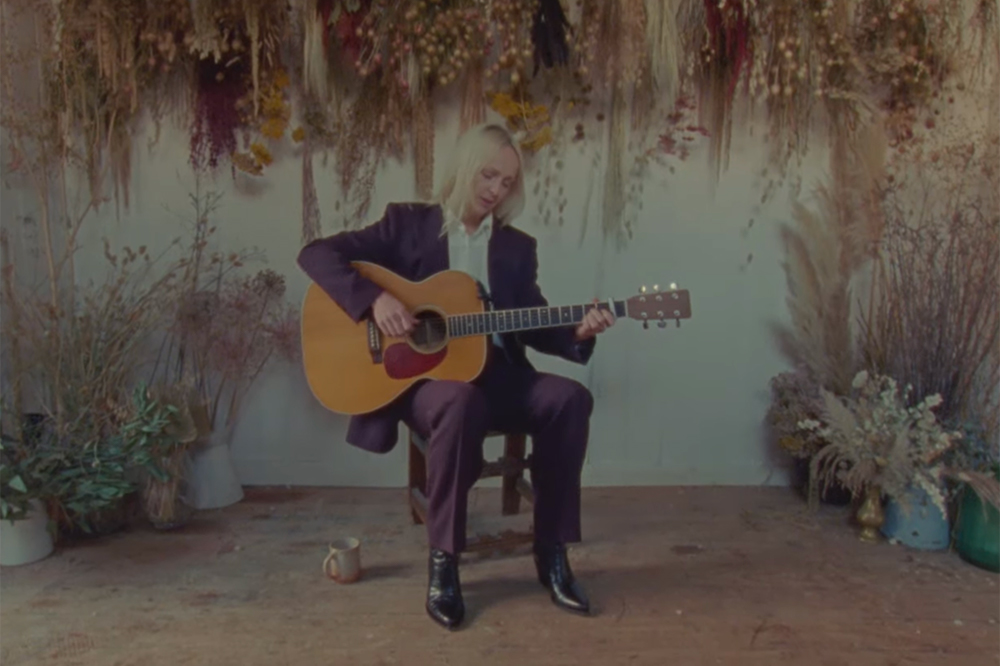 Laura Marling has returned with a new video for her song, “Fortune.”

Lifted from her latest record, Song For Our Daughter, the video gives us the exciting visual that Marling has been known to create.

Dressed in a purple pantsuit, the singer-songwriter takes a seat surrounded by wildflowers and other foliage and starts to play her acoustic guitar. Directed by Justin Tyler Close, it is a continuous steady shot for the entirety of the clip. But it’s the tiny details like the mug next to her chair that brings a warm and homey feel.

Marling’s new album was just nominated for a Mercury Prize earlier today (July 23). And while she’s known for her strong songwriting talents and melodious music, she did tell SPIN that Song For Our Daughter has more hopeful than her past work.

“I feel in comparison with other records that I’ve made this record has a kind of hopefulness to it, an upbeatness to it,” she told SPIN. “I’m obviously devastated not to be touring, and I’m so incredibly grateful that I had two weeks in Australia to get a little taste of it. I’ve released seven albums so far, so I’m slightly fortunate in that I’ve done it a few times and I don’t feel like a big song and dance needs to be made of it really.”

Laura Marling’s New Album Is a Pivot Toward ‘Hopefulness’