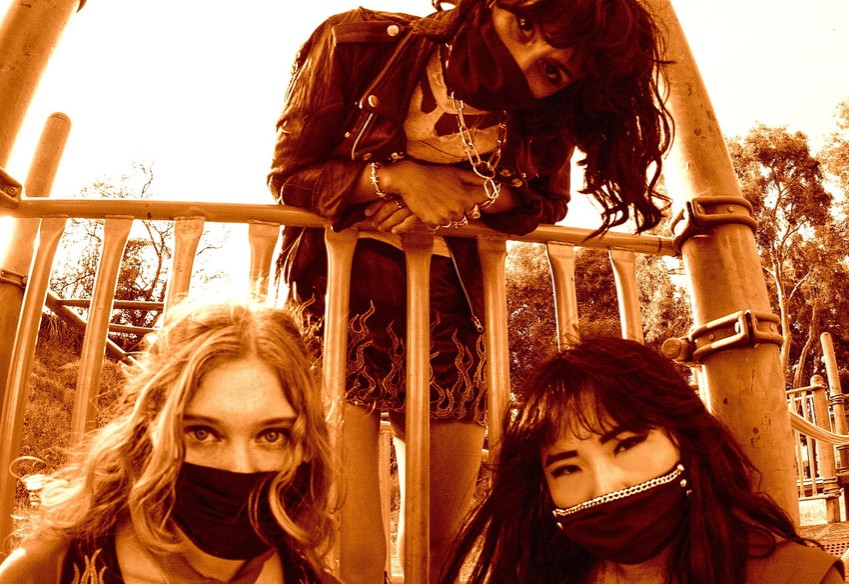 Garage rock trio L.A. Witch is back today with their latest single, “Gen-Z,” which appropriately sounds like it was recorded right in their neighbor’s empty garage or hashed out in a local cave.

The reverb-heavy track is the second single off their August record, Play With Fire, and finds Ellie English, Irita Pai and Sade Sanchez dedicate some space off their nine track release to the youth.

Sanchez says the track was inspired by articles she read about “high suicide rates” among Gen-Z due to social media pressure. She says she also read about music companies “not doing well,” citing a lack of interest in learning to play instruments.

“When I was a kid, music and guitar were my escape,” Sanchez said. “Music was how I fought through my depressions. What will the future do to get through it? With constant pressure to be perfect and information/advertisements and brainwashing constantly being shoved in your face, you become a product of your environment. GEN-Z is about being a slave to technology, specifically to our phones.”

The track is certainly entrancing, with Sanchez’s spooky vocals and a spacey instrumental break halfway through, and it fits perfectly into the group’s upcoming project, which drops on Aug. 21 via Suicide Squeeze.

Listen to “Gen-Z” below and click here to preorder the trio’s new record. The first vinyl pressing is only limited to 1,500 copies worldwide.

L.A. Witch ‘Drive Your Car’ Off a Cliff In Scorching New Single