Looking back at a formative time in his music life 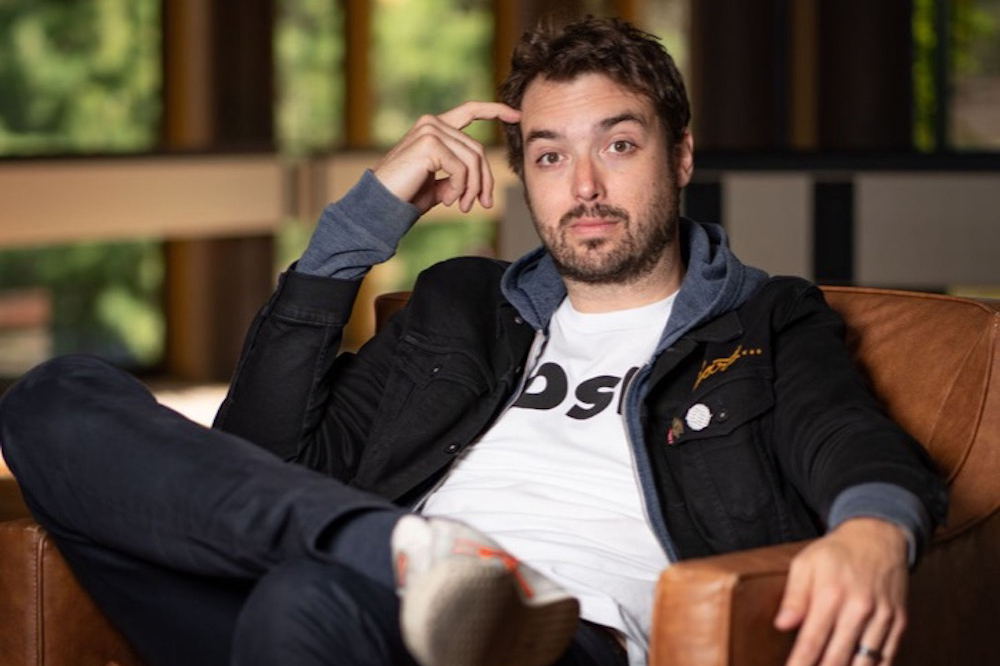 (Like all of Jonah’s articles, there is a corresponding Spotify playlist of all the bands he mentions. Feel free to immerse yourself and listen while reading. Imagine that, a feast for yer eyes and ears at the SAME TIME.)

When I tell people I was born and raised on the Hawaiian island of Oʻahu, they usually say “WHY DID YOU EVER LEAVE?!” or “WOW! I thought you were from the Midwest or something.” I guess my large, pale stature, and unending desire to slug beers makes them assume as much. Their next round of confusion usually stems from learning that I was a part of the island’s punk scene as well. “How does that even work?” Fair question. I try to tell them that It works…fine, I guess? For a punk scene to sustain itself (with any consistency), it usually needs a handful of local bands that have “made it,” at least in the “indie” sense. But, on an island, it’s nearly impossible to “get in the van” and drive around the country spreading the sound of your noise, which would help you achieve any kind of success (I mean, of course, it’s possible IF YOU ARE A MILLIONAIRE). The resulting limitations, however, made for an exciting, eclectic scene not unlike that of Athens, Georgia which gave birth to R.E.M., the B-52s, Neutral Milk Hotel and Of Montreal.

Sure, there’s been moments of notoriety for Hawaiian punk: J CHURCH, FIDLAR, BOTCH, And You Will Know Us by the Trail of Dead all had glorious Hawaiian punks as founders and/or members, but… none of these bands were FROM Hawaiʻi. All of their success came from leaving the islands. Even Tia Carrere had to leave home before starting Chicago’s Crucial Taunt as featured in the documentary WAYNE’S WORLD. Truthfully, the satanic Ramones-influenced pop of THE CATALOGUES’ “Another Girl” getting covered on an album by THE QUEERS felt like the biggest anyone could get while staying put in the pacific.

The fact is that it’s just too easy to do nothing in Hawaiʻi. Beaches are free, weed is cheap. Most people would rather spend their time after school or work being outside. Certainly NOT sitting in a garage, trying to figure out if that riff is too much like a Minor Threat song.

But, the scene in the ’90s grew and worked pretty well for the people involved. Partly due to a local radio station called RADIO FREE HAWAIʻI. They had ballot boxes at every skate, surf, and record store around the island where ANYONE could request songs. Consequently, local bands got played! That’s how I found out about the Creek-o-Phonic ska sounds of THE TANTRA MONSTERS. The spectrum of people contributing to the scene made every local show a playlist of different underground sub-genres, much like the national dish of the islands: THE MIX PLATE. I remember when I moved to L.A. and talking to a guy who said, “Yeah, I was in the ska scene as a kid, then I started going to pop-punk shows, then crust punk parties…now I just go to hardcore gigs.” WHAT?! That’s the line up of ONE show in Hawaiʻi. It was musically diverse as well as ethnically diverse. We even had a gang of Filipino skinheads who called themselves “THE BROWN BOYS” complete with Fred Perry shirts and suspenders dancing along to drunk, Irish influenced punk of THE PUGILIST. Of course, any band that would end up becoming popular would err on the side of pop-punk or ska. But it was the ‘90s, and that’s just the way it was.

My friend Donald and I wanted to be a part of this scene, but we lived in a quiet, suburban neighborhood and figured the only way we could see the music we liked is if we lied to our parents about what we were up to and caught the 57 bus OVER the Pali Highway into town. I was a 12-year-old late bloomer and not ready to start lying to my dear, sweet parents. But as luck would have it, a motivated kid from Kaneohe named Josh Benton was gonna put on a punk show at Kalaheo High School Cafeteria which just happened to be in OUR TOWN! That was loud, noisy music to our ears. Going to a show down the street that would be over by 9 pm? I wouldn’t have to stoop to subterfuge this time!

So, Donald and I decked ourselves out in the coolest clothes we had. Donald most likely wearing baggy Dickies pants with a “FUCT” shirt while I wore the chosen uniform I can’t seem to shake til this day: Jeans and a plaid button-up shirt. When we got there everybody seemed SO cool. The two people we recognized were Mike Fujimoto and Damien Tharp. We knew them because their band “THE CRUSTY PUPPIES” practiced at THE ROCK WORKS a local music school where Donald and I took lessons for a bit. We would overhear them playing Sepultura’s version of Motörhead’s “ORGASMATRON”…man, were they cool. I walked in and waved at Mike with a big smile. He gave me a head nod and threw up the devil horns. “Fuck!” I thought “I am such a nerd!”

We shuffled awkwardly towards the back of the room where all the cafeteria tables were stacked up. To think of all the weekday drama of these high schoolers just folded up and shoved to the back. “Were any of them here?” I thought in a condescending tone “Probably not! Kailua is just full of posers!” I responded with snark to myself. We saw a guy selling records and CDs at a folding table. He was a 24-year-old New Jersey military transplant calling himself Dave Noodle. He had his own sloppy and silly pop-punk band, The Sticklers. I would end up being their terrible roadie six years later on tour on the mainland (not to be confused with this). Dave had albums and 7” records and stickers from bands I didn’t know but would soon become my favorite bands.

I saw a cheap $5 CD with artwork of a woman’s naked top as she held a pistol displayed on an old TV set. The band was Scared of Chaka who, still to this day, are one of my favorites. After this record, they put out a split 7” with another band from their town of Albuquerque, New Mexico. That band was called Flake Music and one of the songs on it was called “THE SHINS.” After Flake Music flaked out of existence, their lead singer and songwriter started his new project: The Shins. This is the kind of shit I love about punk and underground music. When I talk about it, it feels like when friends of mine talk about baseball. The stats, the trades, which player played with which coach tracing it all the way back to fucking Honus Wagner or some other old-timey ballplayer.

And here I am with my best (READ: only) friend stepping into a brand new world. I say this without any irony: Punk rock saved my life. I was a big, white, nerdy kid growing up in Hawaiʻi, I was a target of a lot of aggression. Honestly, I look at pictures of myself from back then and I can’t blame anybody for it. But, I found a scene full of weirdos flocking to the same underground culture, and Donald and I needed to be a part of it, badly. There’s an old story you hear about the Sex Pistols playing a show in Manchester. Barely anybody showed up to the show, but the ones who did would go on to start the Buzzcocks, the Smiths, Joy Division, etc. The bands I saw that night, I still listen to. They inspired us to start our OWN bands. I don’t know if any of those bands are any good but, that’s not really for me to say since my opinion is drenched in that youthful life-changing moment. But I will always love the SoCal style punk of Unit 101, four “local kine” guys from the Leeward side screaming “Oi! Oi! No Ka Oi! You ain’t fucking NO KA OI.” The goofy, jangly minutemen inspired pop-punk of Grapefruit’s song about their favorite talk show host “Letterman.” The sad sap lo-fi, off-tune indie of THE POWER PELLETS’ “Classmate.” Even Damien, the guy I recognized from my terrible drum teacher’s space, was playing in an Op Ivy style band “THE KNUMBSKULLS.”

This was huge to me, I knew that guy. He was just a guy and a look! He’s playing drums for a band that has the packed cafeteria skanking, moshing and singing along. I was hooked and would go on to be in band after band after band with my friends. I even convinced my parents to let me put on my own punk shows at our house. I saw more fights, feuds, blood, and puke in those six years than I have since. There’s a ton of bands I loved but never even got around to recording anything. Luckily guys like Jason Miller and his Hawaiian Express compilations have documented this stuff over the years. But the downside of being a young punk in Hawaiʻi is it’s all so fleeting. A lot of us had this urge to “Get Off This Rock” as soon as we could. As a way to find that sound, that art, that culture that saved us. Because it came from “out there.” It’s like that scene in THE JERK, Steve Martin’s Navin Johnson feels out of place in the world until he hears a radio transmission from St. Louis, it’s the first time he had heard the music he connected to and declares, “This is the kind of music that tells me to go out there and be somebody!!!”

When I got home from the show that night, sweaty and slightly beat up from my first attempt at “moshing” my Mom asked me if I had a good time. I smiled and responded “It was perfect. I think I finally found it.”

P.S. This is in no way a definitive representation of the scene at that time. It’s just what I could remember at the time of writing this.

Jonah Ray: Tracking The Sounds Of My Life (Memories and the Corresponding Music)