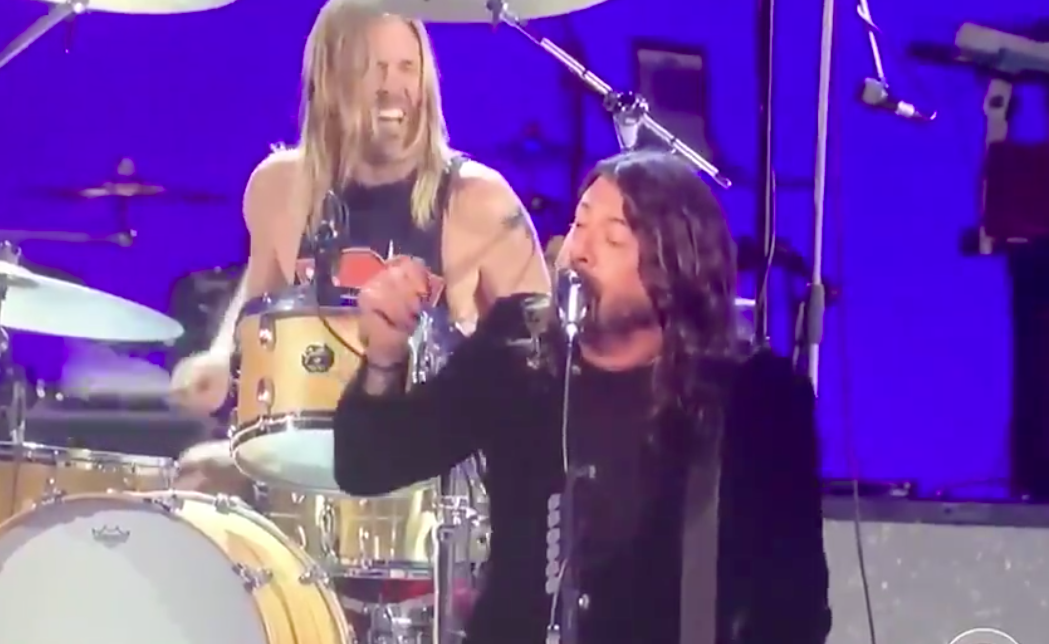 Foo Fighters, Jimmy Buffett, New Kids on the Block, Jefferson Starship are among the band who will play the Fenway Sessions, which will benefit the Red Sox Fund and Live Nation’s Crew Nation charity which provides assistance to touring and venue staff.

The event will take place this Wednesday, July 22 at 7:05 pm EST. It will be hosted by Will Dailey.

Foo Fighters and Dave Grohl have popped up at a number of these streaming benefit events in recent months. The band recently celebrated their 25th anniversary earlier this month, and Grohl reflected on his memories of how he went from Nirvana’s “fifth drummer” to a star in his own right.

He has appeared with Paul McCartney on the Preservation Jazz Hall’s livestream last month, surprised a New York City-area nurse with a tender version of “Everlong,” popped up with Dua Lipa and Chris Martin for a version of “Times Like These,” and performed at home for iHeart’s Living Room Concert.

Oh, and he says that the new Foo Fighters album compares favorably to David Bowie’s Let’s Dance and shared a killer playlist of songs that are getting him through the pandemic.

Watch the stream below: