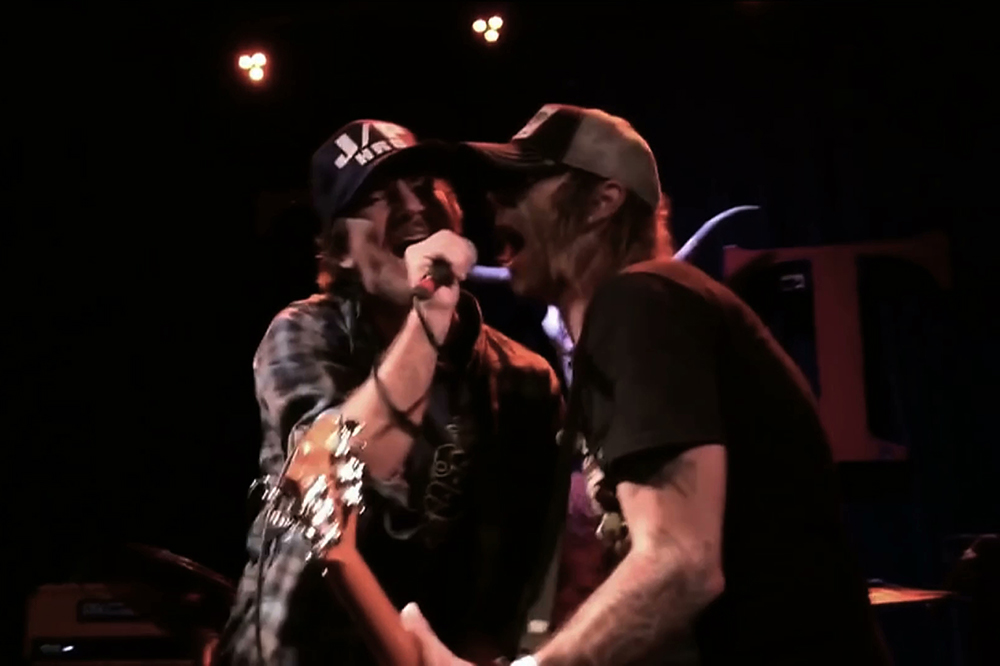 On June 19, 2014, the Supersuckers played the tour closer for their American tour. But it became more significant because it was the final show after singer and bassist Eddie Spaghetti was diagnosed with throat cancer was set to get surgery.

Despite the cloud over the Supersuckers at that moment, they had a great show that turned into an epic moment. During the encore, Eddie Vedder joined the band for a rendition of the Ramones’ “I Believe in Miracles.”

“Somehow Eddie had found out about my cancer diagnosis and put the word out that he’d like to come to the show and maybe do something with the band,” Spaghetti said in a statement, “especially with the impending struggle I was about to undertake with the whole cancer fright. The song was extra poignant.”

But Vedder’s support didn’t stop there. Spaghetti said that the Pearl Jam frontman even helped with some of the bills.

“After the show, Eddie Vedder talked to me for a long time and pointed me in a direction to get my shit cured,” he said in a statement. “He was super helpful with getting me hooked up with a support team of doctors and hospitals that I would probably not have had access to without his assistance. He also wrote a big fat check to help get me through the hard times of not being able to work that was to come. It was all above and beyond the call for him to provide all that help. I will be forever indebted to him. He’s a good one.”

Hear Supersuckers and Eddie Vedder cover the Ramones’ “I Believe in Miracles” below.