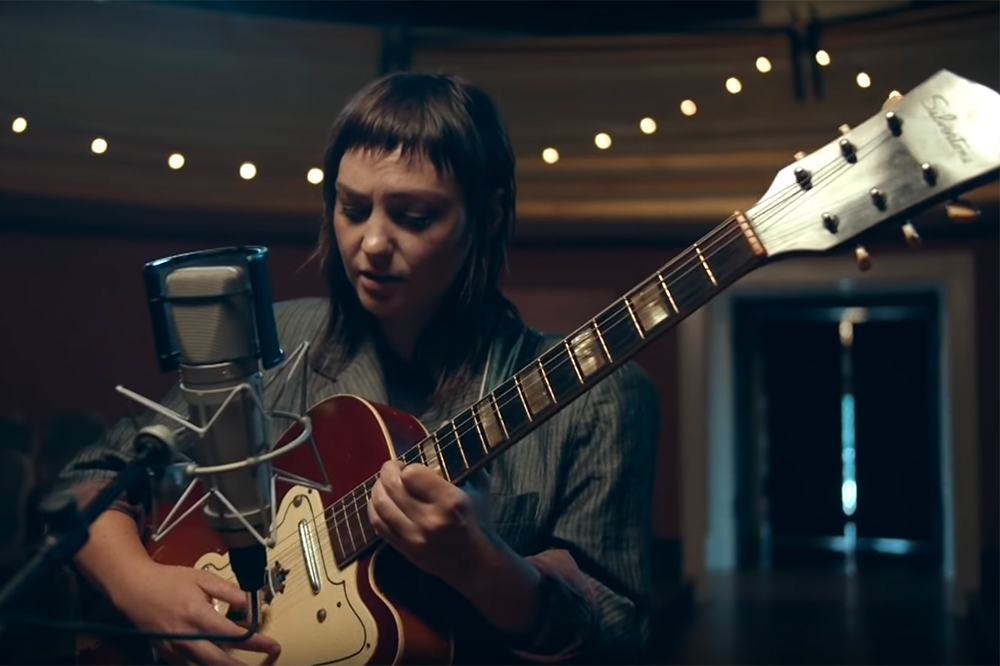 On the same day that she announced her new album, Whole New Mess, Angel Olsen has brought its title track to The Tonight Show Starring Jimmy Fallon on Tuesday night (July 28).

Filmed at the Masonic Temple in Asheville, North Carolina, Olsen stood at the mic with her guitar and gave fans a first listen to what the song sounds like in a live setting.

Thank you to @jimmyfallon for having me on @FallonTonight last night. We shot this performance of “Whole New Mess” at the Masonic Temple in Asheville. @JoshSliffe directed and @dropofsunstudio engineered. https://t.co/IYGOvJqFs9 pic.twitter.com/KSgksRTZo1

Olsen has previously said that Whole New Mess was inspired by difficult changes in her personal life. “I had gone through this breakup, but it was so much bigger than that — I’d lost friendships, too,” she said. “When you get out of a relationship, you have to examine who you are or were in all the relationships. I wanted to record when I was still processing these feelings. These are the personal takes, encapsulated in a moment.”