I’ve got tickets to see the ‘Tones at the Greek Theater in L.A. in August. They haven’t issued refunds because they are planning to eventually do it. But the anticipation and excitement of going to see them, particularly at the Greek, which is a smaller venue. I was like, forget it — all the wildlife will be falling out of the trees when they hit the first fucking chord. I’m sort of almost oddly schizophrenic in my musical leanings, but the Deftones, for me to tattoo that white pony image on my arm is significant in my connection and love of the band. 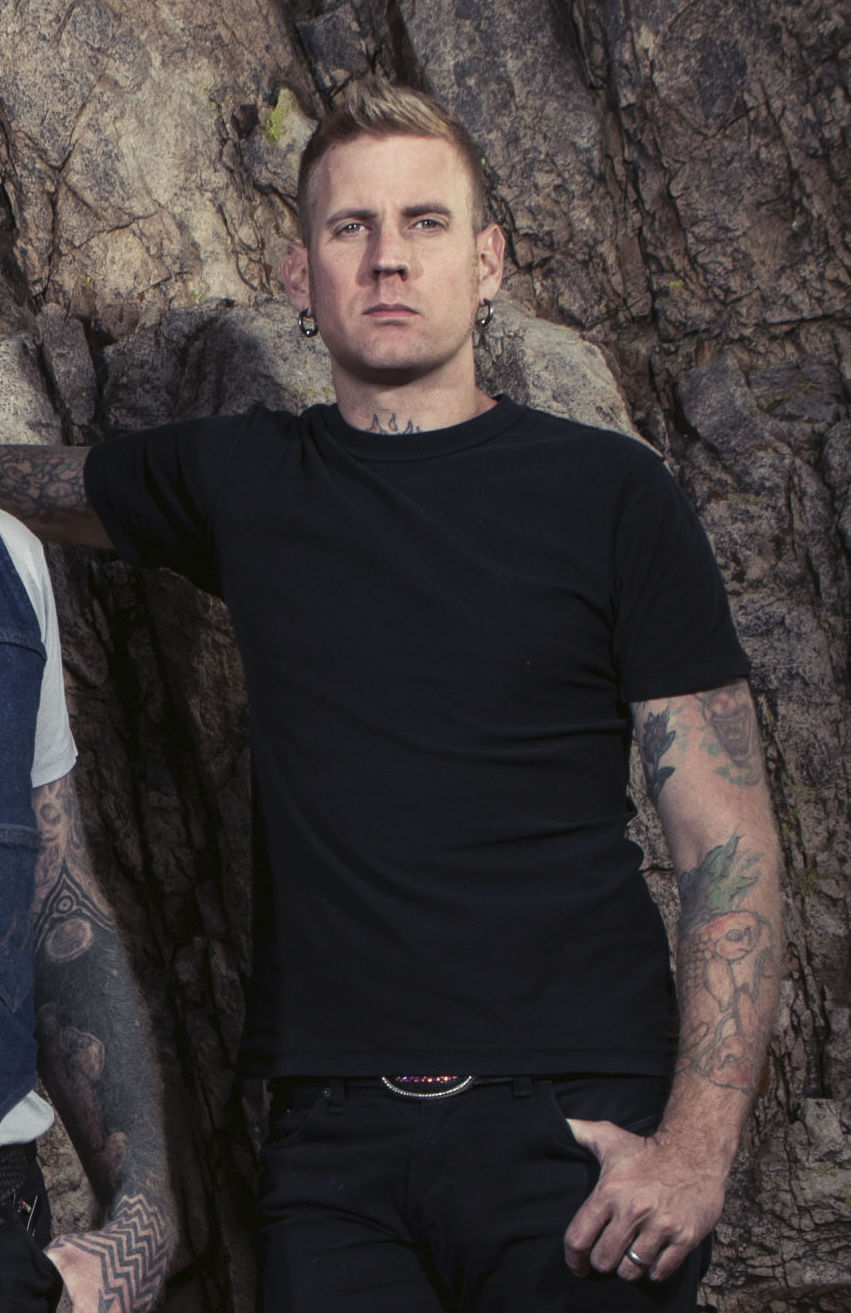 White Pony is the crown jewel in the Deftones’ discography. I love all their albums, and I was a latecomer to Deftones — not super late. Around the Fur is when I was like, “Okay, I like it.” For some reason, before that, I wrote them off. And I have told them this. I thought they were some Korn derivative because there were so many of those bands around that time period, when Adrenaline came out. I was like, “It’s not for me. That’s not what I’m into.” I remember I was at my guitarist’s house for a party, and I’d gotten a little bit stoned, and I was sitting up in his bedroom, and Around the Fur came on — it was super loud — and I was just like, “Who is this?” It was just perfect. My friend Eric came in, and I was like, “Dude, who is this?” And he’s like, “It’s the Deftones,” and I go, “Fuck! I have to put my foot in my mouth,” you know what I mean.

At the core of White Pony, you have all this experimentation and you have all this cool instrumentation and just different stuff that they were trying, which is awesome. But there’s this real deep, emotional heart to the record that I think really makes it stand out, above anything else. All that other stuff is great, but I think the melodies, the hooks, the subject matter to some of the songs … I don’t know, there’s just something about it. What makes an album great is having that emotional core and the ability to be evocative in that way.

I felt that Abe’s drumming was very original. I have emulated it where I feel like it serves it, and think about him. We’re close friends, you know, so, I love that dude, and I really appreciate his playing. I think it’s very original, very him… he’s one of those players were, you can tell that it’s him right off the bat. Some of that stuff is polyrhythmic, and you can tell he’s thinking about it. As a drummer, if you listen to what is being fed to him, guitar-wise, you can hear what a common beat would be to that. Then you hear what Abe plays, which is going to be different. It might still get your head moving in the same direction as the simple beat that would be there normally, but it’s just that much more interesting. He doesn’t ever sacrifice that groove, because that’s one of the most important things for the Deftones, to maintain that pocketed groove that Abe does so well, and just really kind of keep it a little dance-y. You want people to dance but you also want to be artistic, and it’s a fine line.

White Pony is pristine, start to finish. It’s just a beautiful piece of art. It wowed everybody. You hear Around the Fur, and you don’t know what they have inside of them. They don’t know, and then White Pony comes out and it’s like, “Oh, shit!” It’s an album that’s celebrated across the board. It was a very big moment for rock music. 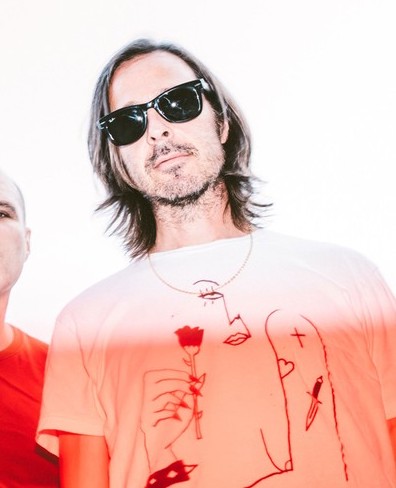 If you look at the evolution of Deftones, it is that perfect arc where, a band comes out, is exciting, and then, is able to follow it up, reinforcing what you first liked about them, but improving the formula, so to speak, and dialing it in. And then, the third album being the culmination of the creative aspects of the band, but they also take chances. They’re able to maintain that initial spark that they came up with but project onto the future a new sound. As the Deftones were coming up, they got grouped in with the nü-metal scene. But, that whole moment, when that stuff was just getting played on MTV, I think with White Pony, it came out when that moment was sort of passing or was getting so popular, it was no longer upcoming, but it was there. Instead of just, like, delivering some big commercial single, Deftones instead did something kind of musically interesting that has a more timeless quality.

I can remember Korn having these huge hits at that time, that maybe eluded Deftones. But after White Pony, people began comparing them to Radiohead. No one was comparing Korn to Radiohead — and that doesn’t mean that’s the standard of being a good band or a bad band. However, it puts you in a realm where, okay, maybe you won’t be can’t-walk-down-the-street famous, but you ensure a long career, because people are interested in you not only because you make them feel something but you’re an artist, and the context of an artist goes on, as long as that artist is true to their art.

I think Deftones, with White Pony, solidified their legacy right there and then for those first three records. Again, it is a Radiohead comparison: Radiohead put out their first record, they got the people’s attention, and that second record was awesome, but the third one was expansive and blew people’s minds. Ever since then, it doesn’t matter what they do. They have that respect and that integrity, and that is a rare commodity in music, more so than commercial popular acceptance. Not that they’re not popular, because they are, but … you know what I mean.

For Deftones, it’s not a failure if they don’t come out with a Top 5 single — it’s about the band, the culture that came up with them, and the fact that new kids, if they’re interested in heavy music, have to deal with them. If you are going to learn to play guitar, at some point, you’re gonna gave to deal with Deftones, and see what they’re all about, because they’re just there. You have to give them that respect.

Around the Fur was the first time I got into them, just because of the sheer aggression of it. White Pony, the guitars are so heavy, but there’s no guitar solos and you don’t get ear fatigue from the guitars. There’s a warmth and kind of a landscape, and the way that it ties in with Abe’s drumming. Abe is so lyrical, you could just listen to the drum track, and there’s a song within the drum track. You could follow it as a story, because Abe is never clinging to a set pattern. He’s never cruising, he’s always pushing and putting his passion into it. That’s hard to do with a record that sounds so smooth and cool. And Chi, a lot of times, is backing up what Stef is doing with the riffs, but when he pulls apart from what Stef is doing, it just creates so much dimension.

A cool thing with White Pony is how, in that era, there were these other nü-metal bands where there was a DJ with a turntable or something, but Frank — they didn’t go that way. Frank’s subtle background pads are such a secret to the success of Deftones. And Chino is basically a force of nature on that record. He can sing in this sexy voice but then go full psycho, and can shift gears at any moment. You are constantly engaged in his vocal, and, ultimately, there is no weak link in the chain with that band — especially on White Pony. 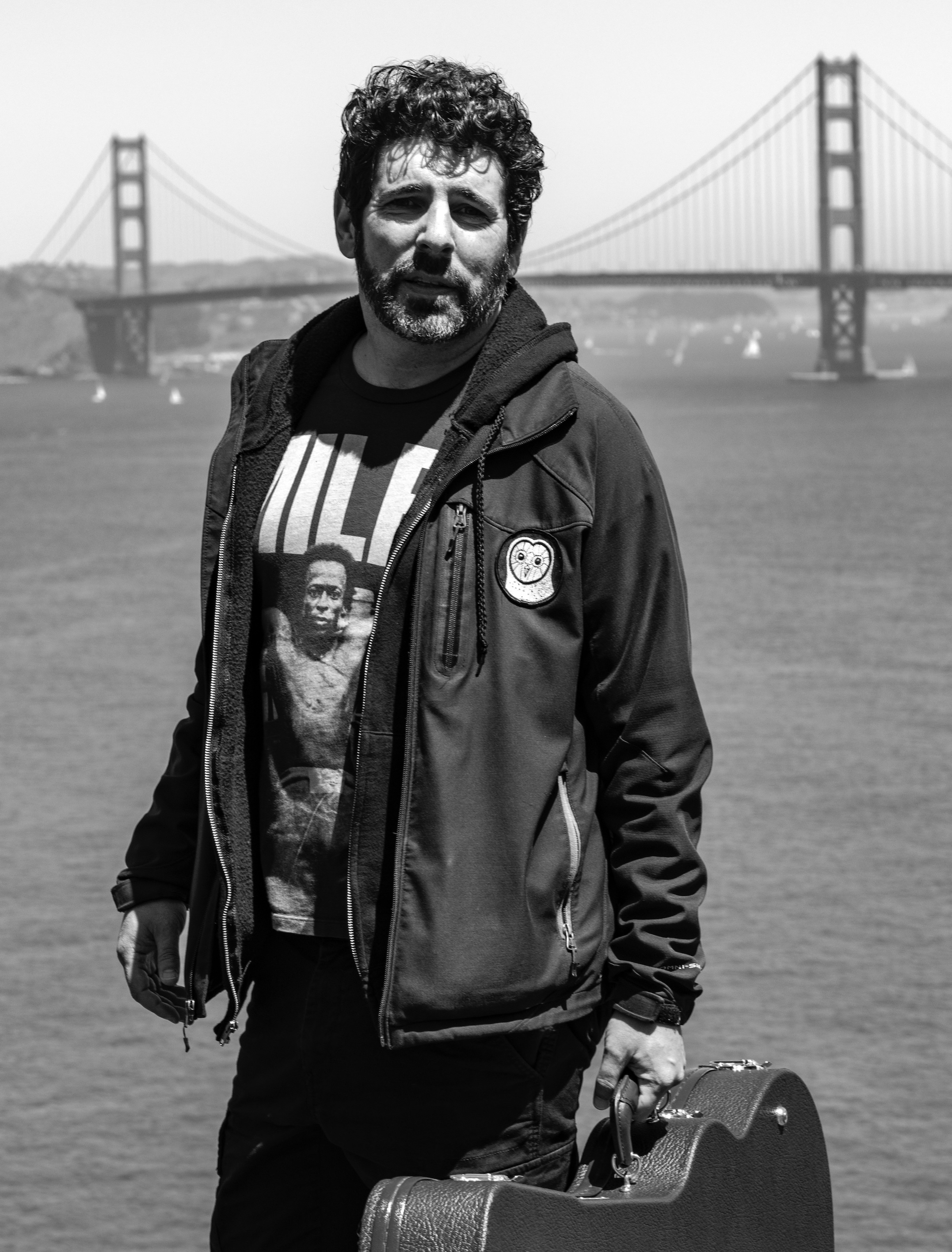 White Pony, like [Far’s 1998 debut LP] Water and Solutions, I think, is something that has really aged well, and doesn’t sound like something of that era. I think there’s other stuff by Deftones and other bands that has not aged well, even if it was pretty badass then. When it came to the Deftones, I was always protective of them, because I saw a band coming up, and obviously we came from the same place, though they inhabited a more aggressive, dreadlocked, Adidas kind of vibe than [Far] did, because we weren’t that. But, I knew them, and I saw these amazing songs, and the way they worked and the way they played, and I would see these bands taking the Whitesnake-Led Zeppelin route—like, taking these very superficial elements of Deftones, and blowing them up into these horrifying caricatures, whether that’s Korn or Limp Bizkit or Coal Chamber. I was just defensive of Deftones, because these bands were cheapening what was a potentially interesting thing, and thankfully, the Deftones didn’t get lost in that same stereotype because they kept working, and I think White Pony is their most important record, on the level that it, like, let them graduate from that scene, which I’m very happy about.

For me, the perfect track on White Pony is “Digital Bath.” That’s the perfect future-thinking, genre-destroying piece that just transcends everything. “Change (In the House of Flies)” is an interesting tune, too, and is sort of a neat little Deftones template, in a lot of ways. Certainly, for everything that came afterward. They definitely let out influences that I was hearing all the time, kind of growing up with them, and I was pretty psyched to hear them putting those on a record.

Chino sent me some White Pony instrumentals before they were formed, because he was looking for help on vocals and seeing if I wanted to do anything, and I liked it, it was cool to hear, but honestly, I didn’t get it. I had some ideas for “Change (In the House of Flies),” and we went into the studio. I don’t think any of my ideas made it in there, melodically, and I had a hard time wrapping my head around it. When the record came out, Chino was really able to pull those tunes together in an incredible way, and finally I heard what they were going for in those instrumental tracks. It kind of blew my mind. We grew up together, and I love all of them — they’re family forever. Chino’s just a really wonderful singer and lyricist, and just a creative creature. He’s awesome.

It was really the record on which Chino started playing more guitar, which is kind of an interesting role change. That’s something that always struck me, too; I was happy to see Chino’s sort of sweeter, croon-y side let out to play a little bit more, and I think that’s when they settled into the identity that has really become them now. They have not really left that arena since they entered it. Deftones and White Pony have been a big part of my life.