Watch the heartfelt performance below 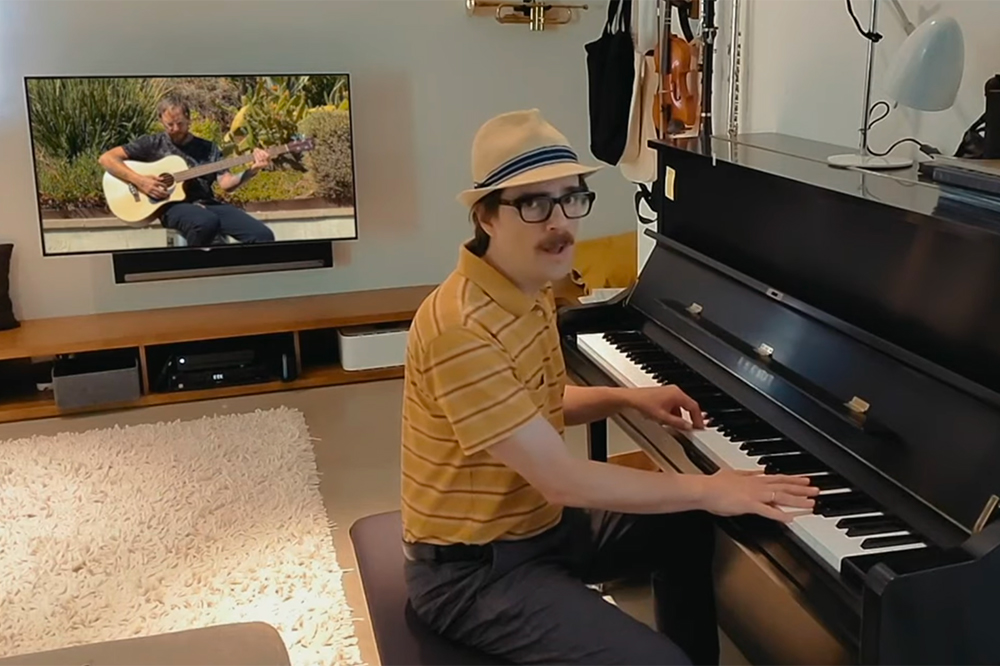 When Weezer released their latest song, “Hero,” back in May, it became a touching tribute to the healthcare workers working on the frontlines to battle COVID-19. But the band’s performance of the song on The Tonight Show Starring Jimmy Fallon, showed a new side to the otherwise epic track.

Rivers Cuomo sat at his piano at home while the other members settled into their chosen places, which played on the TV screen behind him.

Although Weezer fans are used to seeing him with a guitar in his hands, Cuomo transformed “Hero,” which is off their next album, Van Weezer, into the powerful piano ballad that put more emphasis on the lyrics and made you feel what his words were trying to convey. And his piano solo towards the end shows that he can do more than tickle the ivory.

Despite the fact that the global pandemic forced Weezer, Green Day and Fall Out Boy to postpone their Hella Mega Tour to next year, the band has kept themselves busy. They’ve provided fans with potential zoom backgrounds for their next meetings and a lo-fi computer game to pass the time. The band appeared on an episode of the Simpsons, and Cuomo did a few livestreams where he covered Nirvana, Green Day and a song from Jesus Christ Superstar.

Watch Weezer’s performance on The Tonight Show below.