They recorded the song in support of the ongoing protests 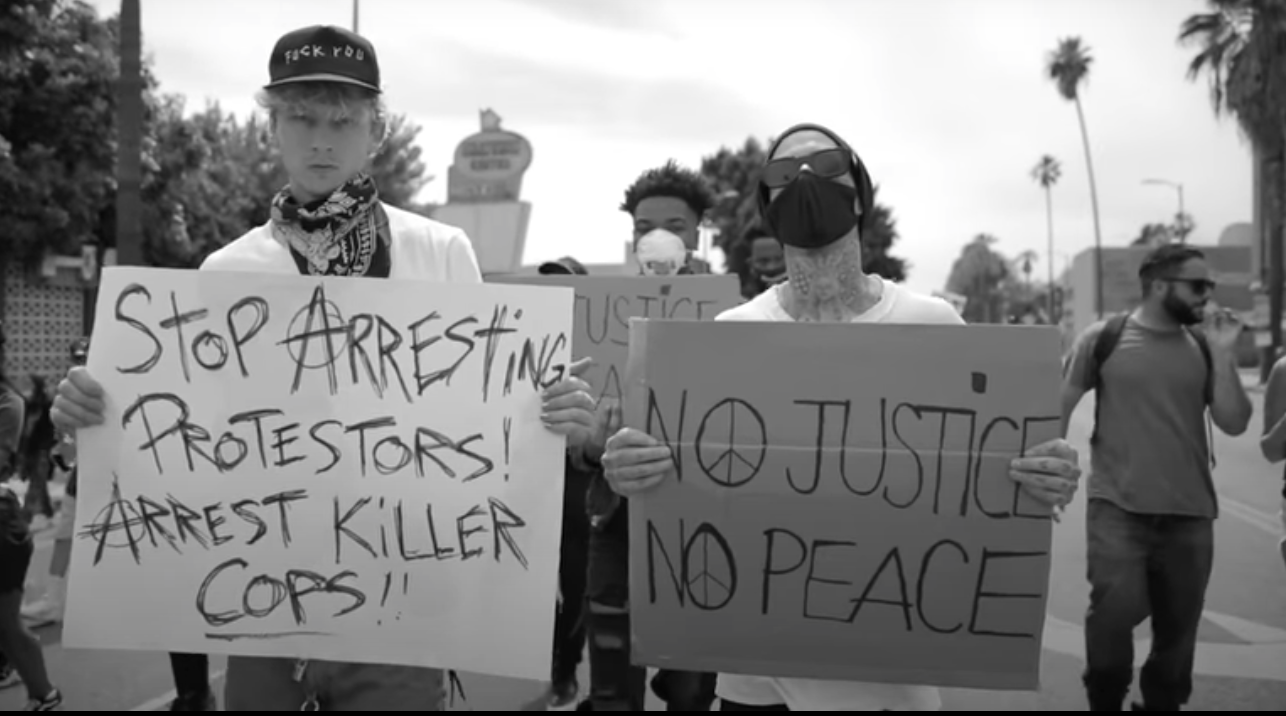 Travis Barker and Machine Gun Kelly have shared a video where they cover Rage Against the Machine’s “Killing in the Name.”

“they wrote this song in 1992. Its been 28 years since and every word still applies,” the video on YouTube is captioned.

According to Kelly’s tweets, the duo recorded the cover last night (June 3).

We caught up with Barker recently and he told us that he was working with Kelly, describing him as rising to the occasion in the past few months.

Watch the video for the song below.