In 1973, Clive Davis decided to highlight the Murderer’s Row lineup of artists signed to Columbia Records with a week of concerts.

“A Week To Remember” started on April 29 and included performances from Miles Davis, the Staple Singers, Bruce Springsteen, Earth, Wind and Fire, and Johnny Cash at the Ahmanson Theater in Los Angeles.

Now, Cash‘s legendary performance from that week will be released for the first time ever. A Night To Remember — a  2 LP set features a gold foil LP jacket, a “double vintage white LP,” a gold 7″ featuring two “unreleased Forever Words pieces by Ruston Kelly and a mystery artist,” and a DVD of the performance. The collection will be released as Third Man Records‘ Vault Package No. 45.

The collection features guest appearances from June Carter Cash and Carl Perkins, a cover of Kris Kristofferson’s “Sunday Morning Coming Down” and some of Cash’s biggest hits at the time like “I Walk The Line” and “Hey Potter.” It also includes behind-the-scenes, backstage footage from the 1973 show.

Third Man just released a 20th-anniversary edition of the White Stripes‘ De Stijl as their most recent Vault package.

Here’s a photo of it. 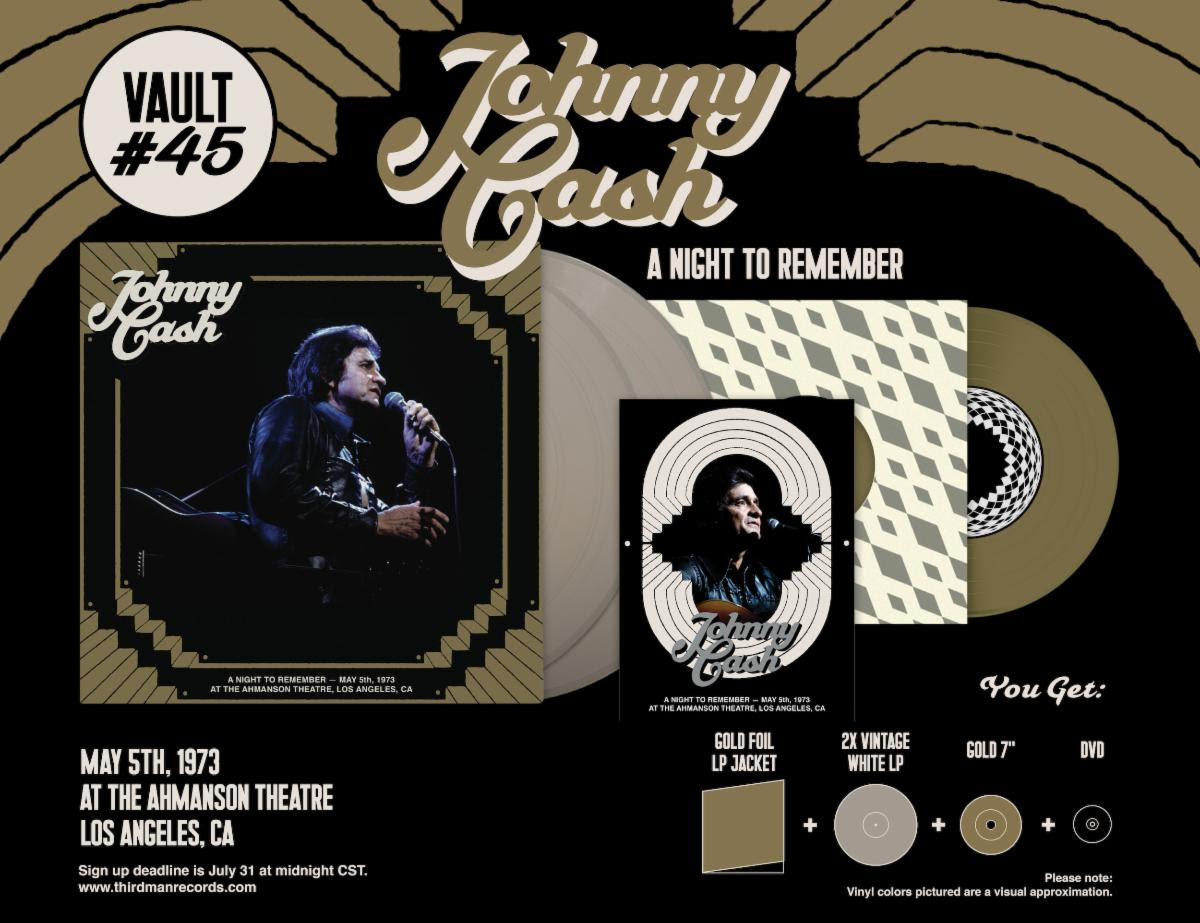 The package is available to order here until July 31 and the tracklist follows below:

7. “That Silver Haired Daddy Of Mine” with Carl Perkins

11. “If I Were A Carpenter” with June Carter Cash

13. “Help Me” with June Carter Cash and Larry Gatlin

16. “Will The Circle Be Unbroken” with June Carter Cash and Carl Perkins