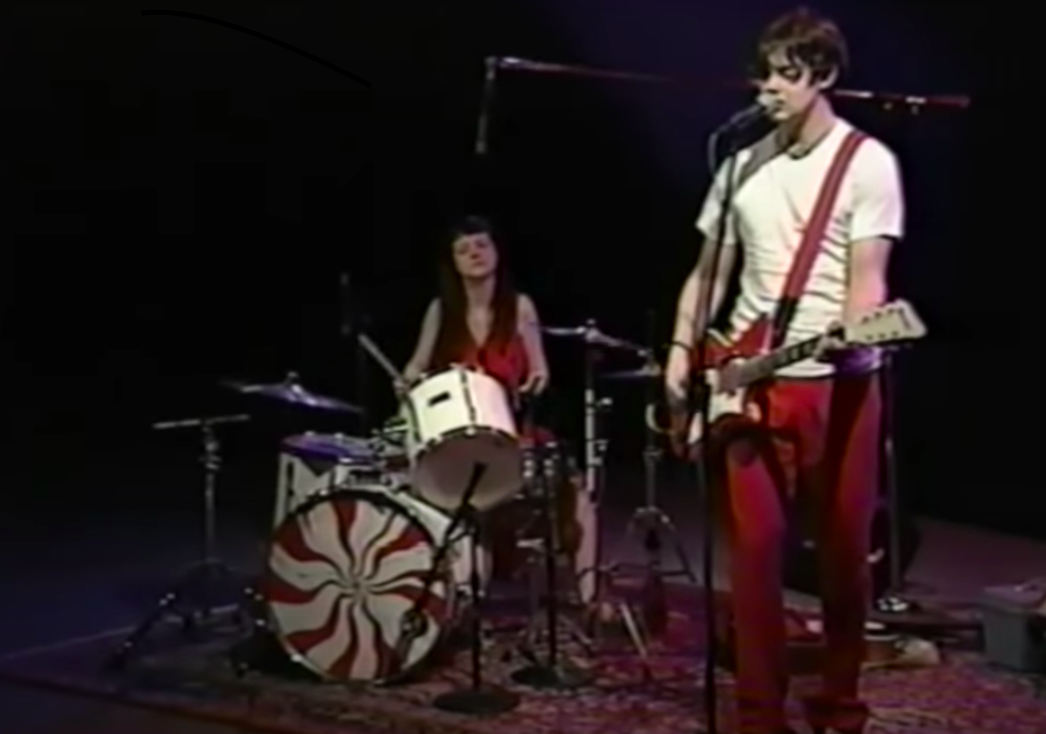 Last week, the White Stripes shared vintage footage from a show in Montana as part of the rollout for the 20th anniversary of De Stijl. In the latest clip, the band went back to 2000, but in a different way.

As part of the celebration, the band unearthed a gem of a performance from Backstage Pass, a program on Detroit public access TV. The May 28, 2000 performance also happened to the band’s first on TV.

On it, they performed “Apple Blossom” & “Death Letter” weeks ahead of De Stijl’s release. The host incredulously says that “the CD” “was recorded in Jack’s living room.”

Third Man Records is putting out a big vault package to honor De Stijl, including a hardcover case, an archival booklet filled with previously unseen photos, flyers and more, a white LP and a red LP full of previously unreleased recordings and covers, and a DVD containing two performances from the peak of that era.