Showing support for Black Lives Matter, the band has changed the lyrics to reflect the murder of George Floyd 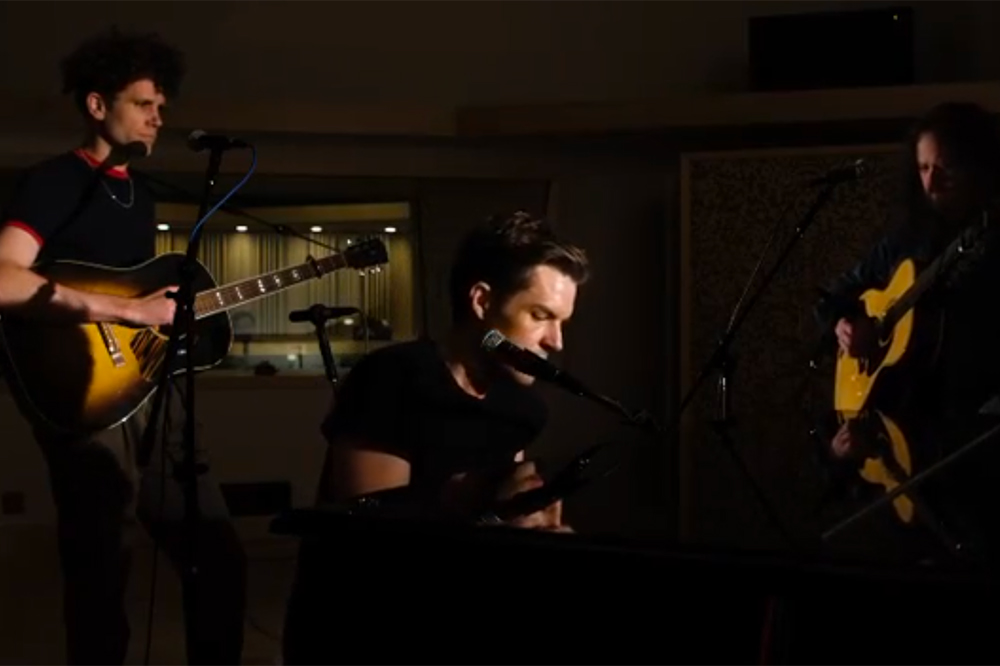 The Killers are showing their support for Black Lives Matter. They shared a performance of their political song “Land of the Free” on Sunday (June 8) with new lyrics that reference George Floyd’s murder.

“How many killings must one-man watch in his home,” Brandon Flowers sang while sitting at the piano. “Eight measured minutes and 46 seconds, another boy in the bag/ Another stain on the flag.”

“Land of the Free” released last year, and its original video was directed by Spike Lee.

Robert Loud, who tours with the band and appears in the performance, shared his thoughts on the new video.

“When Brandon texted me these new lyrics I cried and felt the heart he put into them,” Loud posted on his Instagram. “It was an honor to be a part of this. Let’s “break the cycle” of racism and injustice by starting inside of each of us and those we are close to and also work to spread it out from there until it really is the land of the free. There are too many stains on the flag.”

The Killers have also postponed releasing their upcoming album, Imploding the Mirage,, but you can listen their previously released singles, “Caution” and “Fire in the Bone,” now

Watch the Killers’ performance of the new version of “Land of the Free” below.